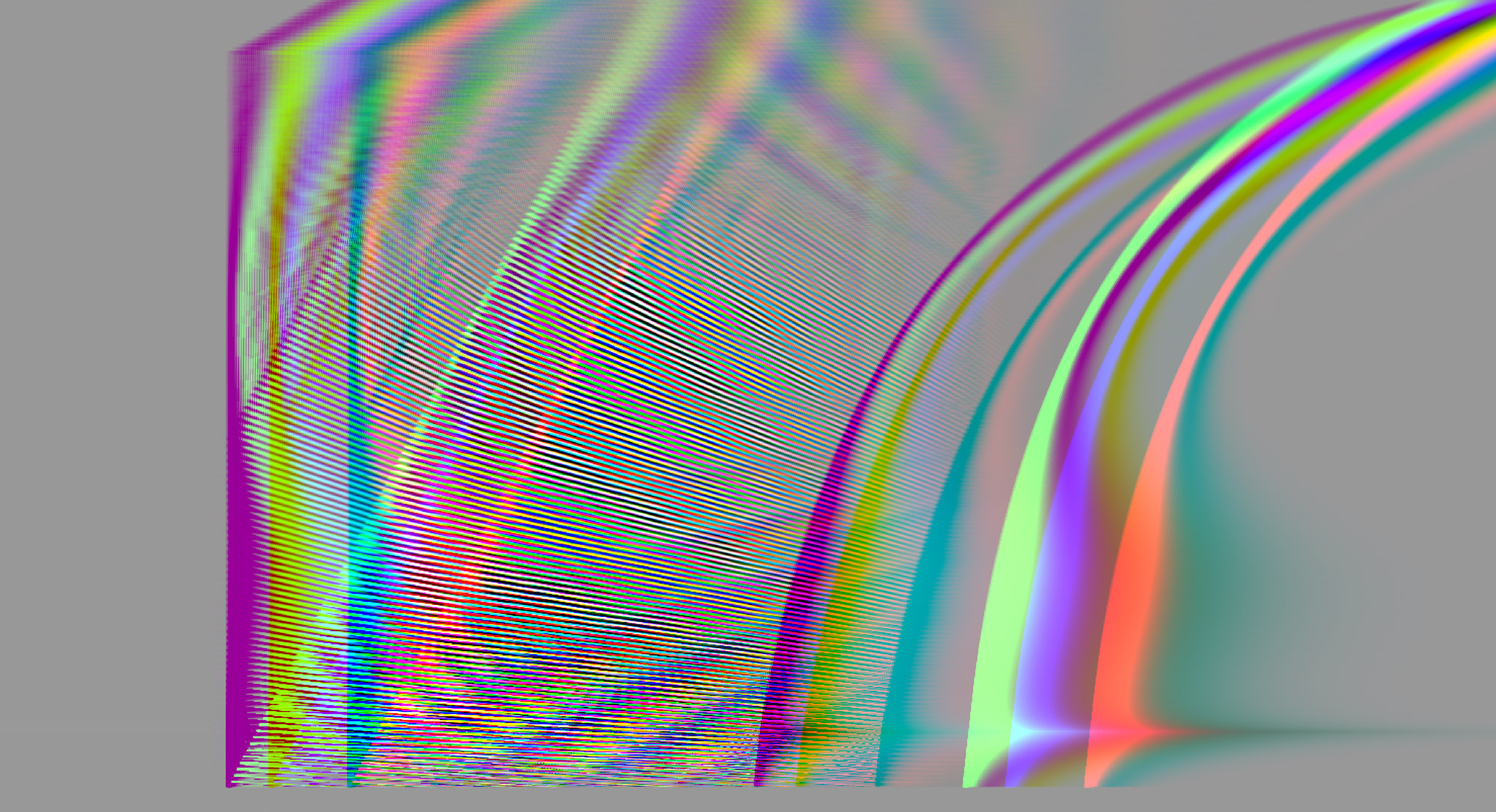 You've described Entropy, an esolang you designed, as "a programming language as immersive art piece," "best experienced by a programmer working alone from home." Do you think there is a gap between new media artists and programmers--do you feel like the audience for the Entropy language is less enthusiastic about it than non-programmers who are interested in new media art? Does work like Entropy bridge this gap at all?

Esolangs, like most code art, require a knowledge of programming to use and understand; so they’ve primarily been for programmers. But the gap between programmers, non-programmers, and new media folks is closing as coding becomes a more common skill. In the Seven on Seven keynote, Douglas Rushkoff called for children to be taught programming at a young age in school, to help them resist becoming passive consumers of electronic media. I love the idea of code art in a 5th grade art class, alongside coil pot mugs.

Programming languages are logic systems, sets of rules that make up a way of thinking a programmer has to internalize to use. Esolangs take advantage of this to provide strange rule sets that play on meaning and nonsense, or otherwise construct a point of view that’s unusual. It’s in using these weird tools to solve ordinary problems that their perspectives are exposed. Brainfuck, probably the best-known esolang, is simple, clear, and functional in its definition, but requires the programmer to construct long rants of gibberish to use. It reminds me of work like Sol LeWitt’s Incomplete Open Cubes (1974), where exploring a rigid, contained system takes us on a ludicrous journey. Because brainfuck refuses to concede to the human thought process, it dramatizes its collision with computer logic.

With my language Entropy, I ...