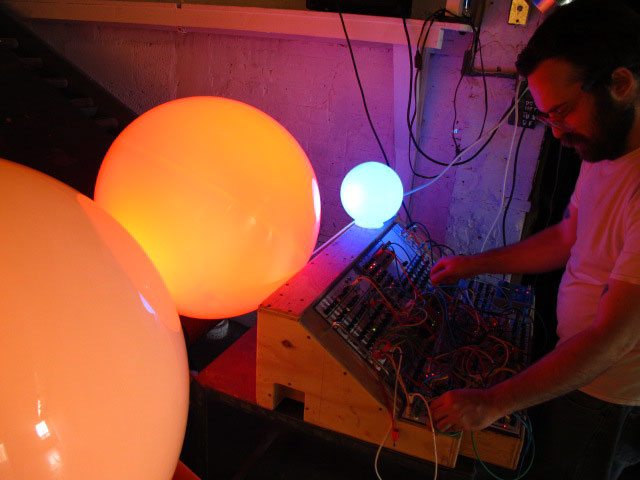 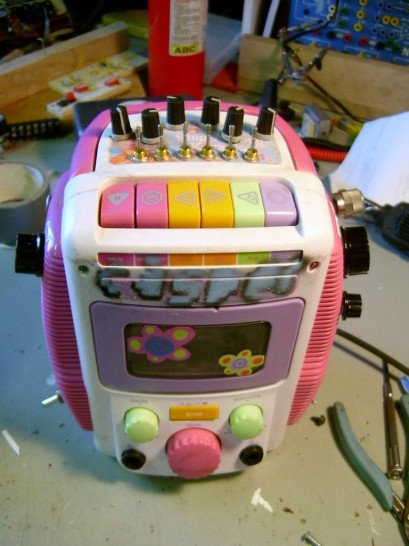 Originally founded in 1979 by Richard Fielding, Andrew Wright and Tom Ellard, Severed Heads was an electronic group based in Sydney. They used synthesizers, tape loops, and an array of electronics to yield a distinctive sound, one which could most easily be described as industrial music, which later developed into abstract pop. While the lineup changed over the years, Tom Ellard has been the main continuing force in the group, up until his announcement of its end in 2008. In 1983, Severed Heads began integrating live video in their performances, which became a mainstay in their work. This post collects videos of the group, the majority of which date from the early 1980s, and many of which document their use of video synthesizers. For more information about everything Severed Heads, check Ellard's official site.

Below: Videos of a live set performed on Metro TV, a community video center, in 1982. The video synthesizer used here was developed by Stephen Jones.

The weird and fantastic world of New York's public access television will receive the attention it deserves in a film program curated by Leah Churner and Nicolas Rapold for the Museum of the Moving Image. The program, titled TV Party: A Panorama of Public Access Television in New York City kicks off tonight, and will run until February 20th. Spanning the past four decades, screenings will include shows such as The Scott and Gary Show, Wild Record Collection, The Live! Show, Glenn O' Brien's TV Party, The Vole Show, and more! Check the trailer below. 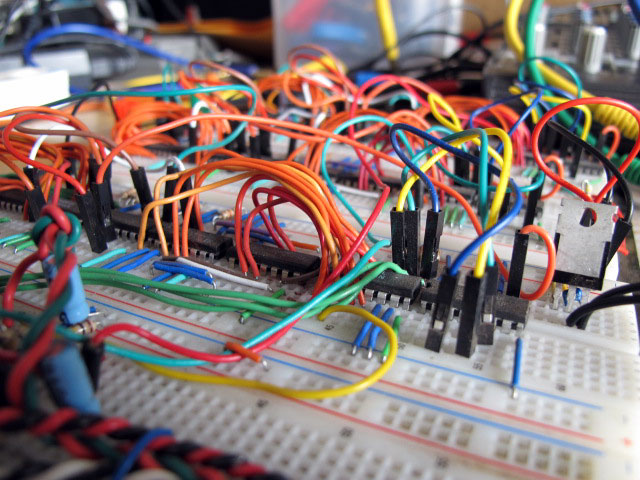 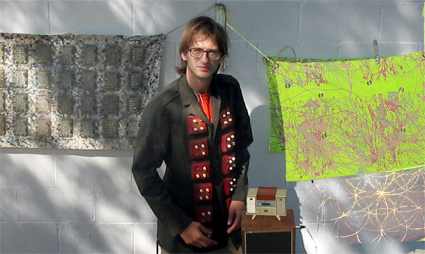 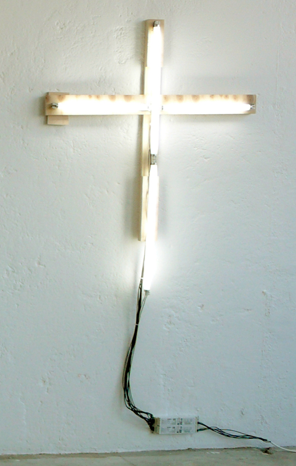 Ready or not, computers are coming to the people.

That's good news, maybe the best since psychedelics. It's way off the track of the "Computers - Threat or menace? school of liberal criticism but surprisingly in line with the romantic fantasies of the forefathers of the science such as Norbert Wiener, Warren McCulloch, J.C.R. Licklider, John von Neumann and Vannevar Bush.

The trend owes its health to an odd array of influences: The youthful fervor and firm dis-Establishmentarianism of the freaks who design computer science; an astonishingly enlightened research program from the very top of the Defense Department; an unexpected market-Banking movement by the manufacturers of small calculating machines, and an irrepressible midnight phenomenon known as Spacewar.

Reliably, at any nighttime moment (i.e. non-business hours) in North America hundreds of computer technicians are effectively out of their bodies, locked in life-or-Death space combat computer-projected onto cathode ray tube display screens, for hours at a time, ruining their eyes, numbing their fingers in frenzied mashing of control buttons, joyously slaying their friend and wasting their employers' valuable computer time. Something basic is going on.

Rudimentary Spacewar consists of two humans, two sets of control buttons or joysticks, one TV-like display and one computer. Two spaceships are displayed in motion on the screen, controllable for thrust, yaw, pitch and the firing of torpedoes. Whenever a spaceship and torpedo meet, they disappear in an attractive explosion. That's the original version invented in 1962 at MIT by Steve Russell. (More on him in a moment.)

October, 1972, 8 PM, at Stanford's Artificial Intelligence (AI) Laboratory, moonlit and remote in the foothills above Palo Alto, California. Two dozen of us are jammed in a semi-dark console room just off the main hall containing AI's PDP-10 ... 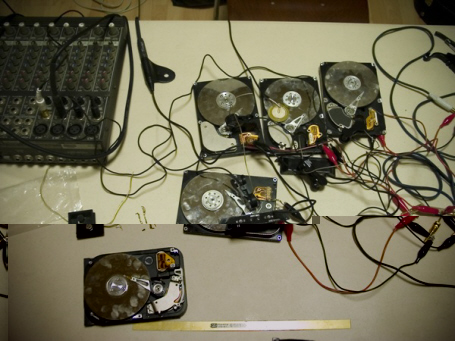 The concept of networked art, or art which relies on exchange and collaboration across great geographical distances, has had a rich history prior to the Internet's first rumblings (and is now, fittingly enough, being archived, reappraised, and 'blogged' all over that same Internet.) Unlike the "one to many" presentational modes of the museum, shop, or gallery, networked art pieces were comparatively intimate "one to one" experiences, absorbed by one recipient at a time. Whether we call the collected efforts of this culture "mail art," "correspondence art," or simply "networking," its history is unlike other 'art historical' narratives, insofar as few people feel qualified to act as a spokesperson for the admittedly varied intentions of other networked artists: there is an almost universal reluctance to promote oneself as the "head" of anything in this culture. Especially on the European continent, where the most radical art collectives (e.g. Surrealism) have splintered into warring factions while under the mismanagement of paranoid leaders, no one is particularly eager to waste their otherwise productive time on internecine squabbling about whom deserves what title. So, in these situations, those who are just the most enthusiastic about their work, and its place in a larger creative milieu, end up becoming "ambassadors" by default.

One such ambassador, Vittore Baroni, is an individual who makes introductory biographical surveys like this one such a daunting task: his work spans every conceivable medium from rubber stamps and "artistamps" [mock-'official' postage stamps] and stickers to novel fashion items, and his tastes run the gamut from sublime atmospheric music to graphics exhibiting an exaggerated 'comic book' sense of humor and horror. Other than a general disregard for the taxonomy of art genres, the defining characteristic of Baroni's artwork is the nurturing of paradox and contradiction (he tells me that "[the term] 'paradoxical' is for me a great compliment, and a very positive adjective.") However, I may be getting ahead of myself here, since Baroni disavows the word "artist" entirely. In an early manifesto for his TRAX 'networking project,' co-founded with Piermario Ciani and Massimo Giacon, Baroni demurs "we are not artists, because art is a word that means everything and nothing," and proceeds to apply this to more clearly defined creative categories: "we are not musicians, but we create sounds. We are not actors, but every once in a while we get on a stage. We are not writers or publishing houses, but we can print our own writings." So what exactly is Baroni - and who are "we"?