The Alchemists of Sound

The Shape Of Things That Hum

A Week of Electronic Music Documentaries 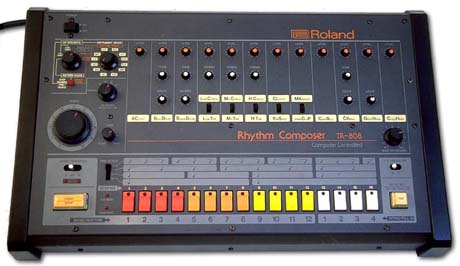 We here at Rhizome have been busy assembling an entire week's worth of documentaries about the history of electronic music. We've tried to keep the subject matter diverse -- with documentaries covering the technology behind the music to the emergence of a number of different genres, from krautrock to jungle. We hope you enjoy the selection. If you would like to submit your recommendations, feel free to use the comments section to make additions or you can email suggestions to tips [at] rhizome.org. Please keep in mind that the videos must be available online in their entirety and, ideally, embeddable.

Caitlin Jones is the Executive Director of the Western Front Society in Vancouver, BC. Prior to this appointment she had a combined curatorial and conservation position at the Solomon R. Guggenheim Museum, and was the Director of Programming at the Bryce Wolkowitz Gallery in New York. A key member of the Variable Media Network, Caitlin has also been responsible for developing important tools and policy for the preservation of electronic and ephemeral artworks. She has been a contributor to Rhizome and her other writings have appeared in a wide range of exhibition catalogues, periodicals and other international publications.


► The Real Thing« curated by VVORK
VVORK taking it to the next level.

► Donk -- Music World.
Never thought I would be so into something that Vice Magazine was responsible for, but this documentary is fantastic. Thanks Michael Bell-Smith for telling me about it.

► The Bichon Frisé in Art @ Art since the Summer 69
http://www.artsince69.com/index.php?/upcoming/the-bichon-frise-in-art/
http://bingweb.binghamton.edu/~eshephar/bichoninart/bichoninart.html
C-U-T-E