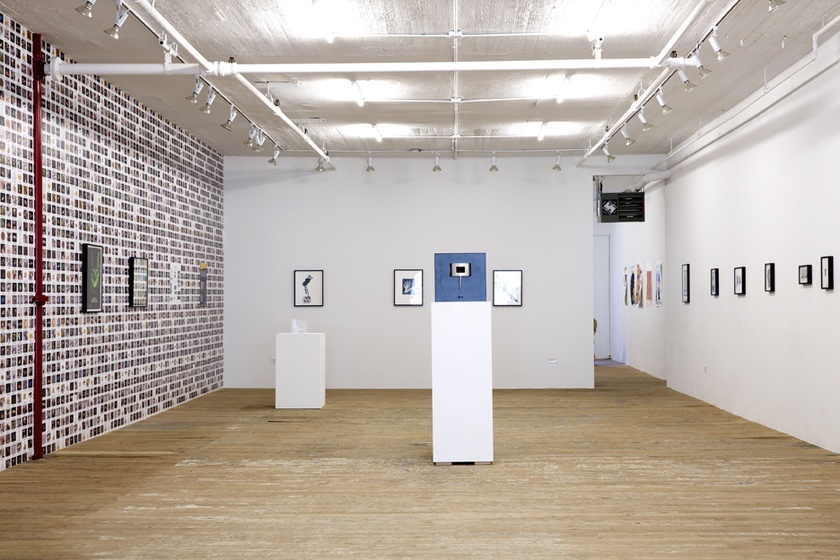 Lynn Hershman Leeson has been probing the idea of what it means to be a cybernetic organism since the 1960s. This line of inquiry is laid bare in "Origins of the Species," a solo exhibition of Hershman Leeson's work that inaugurates Bridget Donahue's new gallery space in New York. Running concurrently with the artist's first museum retrospective, "Civic Radar," at ZKM in Karlsruhe, Germany, the exhibition nevertheless assembles an impressive cross-section of Hershman Leeson's work, including multimedia works on paper, sculpture, photographs, collages, videos, and interactive installations, spanning her five-decade career.

We find the hybrid of organism and machine, very conspicuously, in the sculpture Breathing Machine II (1968/2011), a woman's face cast in wax with a tangle of feathers, butterflies, and other fauna dispersed throughout her hair, actuated to "breathe" when the viewer draws close enough to peer down onto her. Or in Hershman Leeson's Phantom Limb series (1985-1987), in which the female body melds with sockets and wires, so that technology is as much a part of one's appearance as one's skin or physique.