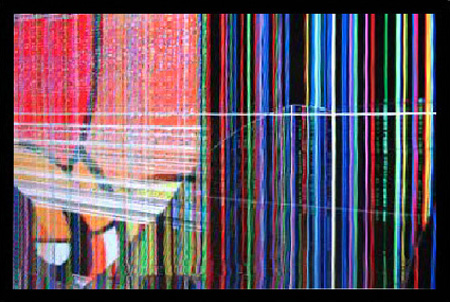 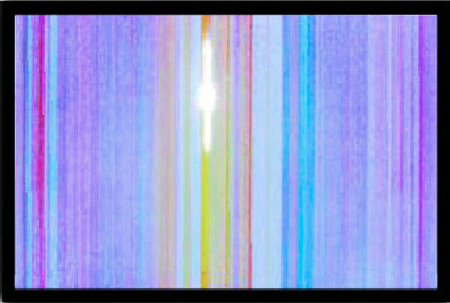 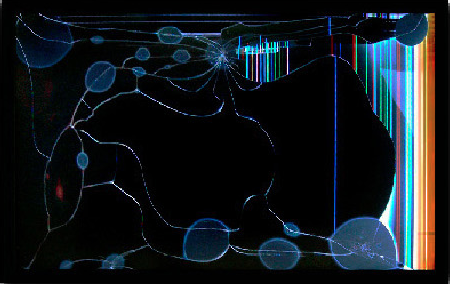 The normative logic of digital technologies and consumer electronics is that they "just work." The fields of human computer interaction and usability studies are intended to make technology functional for even the most lay of users. This can be seen clearly in the way in which new technologies are advertised and in the shift away from machines intended to be "tinkered" with toward black box technologies that maximize interface. The most recent campaign for Apple's new iPad states that "it's magical," and that "you already know how to use it," and Microsoft goes so far as to imply that Windows 7 was designed by everyday users to be "easier." Nonetheless, for most users dysfunction and breakdown are a large part of their everyday experience of technology.

In Broken Sets (eBay), Penelope Umbrico has collected a virtual archive of technological failure in images of broken LCD TV sets being sold on eBay for spare parts. Each image bears a unique pattern formed by cracks and other anomalies that fracture the images they display into a pixelization that resembles landscapes or test patterns. Many of the pieces, displayed as photo prints, vaguely resemble "digital interference" works by Sean Dack or Borna Sammak's HD video collage, but taken as a whole they suggest a larger aesthetics of breakdown that is as much a critique of our idealized vision of these technologies as functionally useful objects as it is beautiful.

As Is, a collection of Penelope Umbrico's work, is running at LMAKprojects until June 20th.

I would like to consider a notion that I have felt was intuitively true but have never explored in depth: that the 8-bit or "low-res" aesthetic of much contemporary electronic art can be thought of as a form of digital materialism. By employing the phrase "digital materialism," I draw upon a specific term that has circulated within the sphere of avant-garde filmmaking from the 1970s onward. In this context, materialism describes a sensibility, most explicitly theorized in the writings of London-based filmmaker Peter Gidal, in which the physical materials of film technology are made visible within the work itself, and thereby become decisive components of a reflexively cinematic but predominantly non-narrative experience. Materialism reverses the usual Hollywood practice of hiding the mode of production so as not to disrupt the suspension of disbelief necessary to enter into a staged, fictional world.

-- EXCERPT FROM "THE MATTER OF ELECTRONICS" BY ED HALTER

[Originally published in the catalog for the exhibition PLAYLIST at LABoral in Gijón, Spain curated by Domenico Quaranta, available in pdf form here. Subsequently republished to Vague Terrain above.] 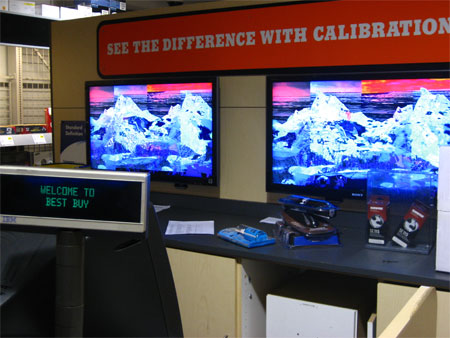 Borna Sammak's debut solo show "Best Buy" took place last night for an exclusive two hour stint in the Soho location of electronics mega-retailer Best Buy. Thirteen of his vibrant and hallucinogenic high-definition "video paintings" were displayed on every single television on the lower level floor, making for an incredible (and gloriously surreal) sight. I snapped a few photos of the installation, below. To read the full backstory behind the show, check this interview with Borna Sammak and curator Thomas McDonell, conducted by artist Kari Altmann. 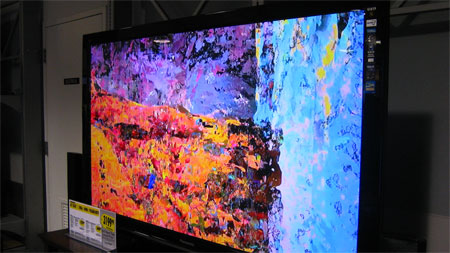 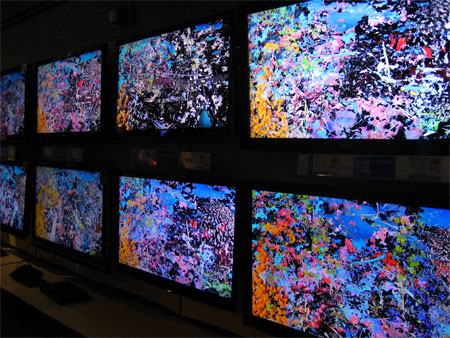 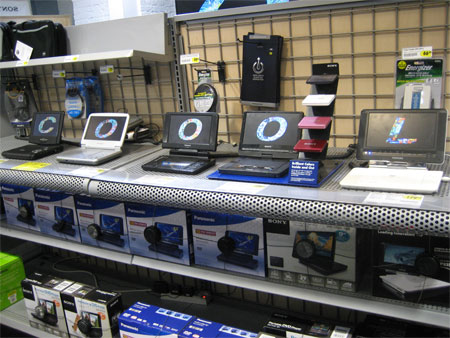 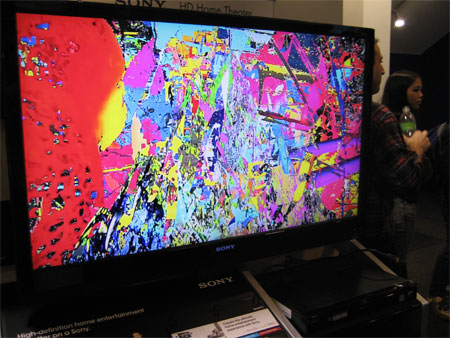 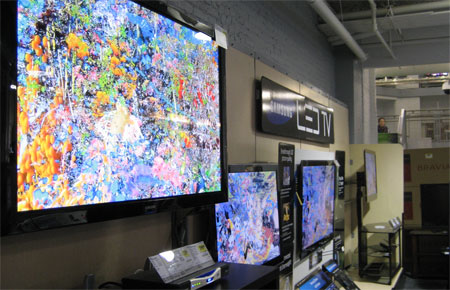 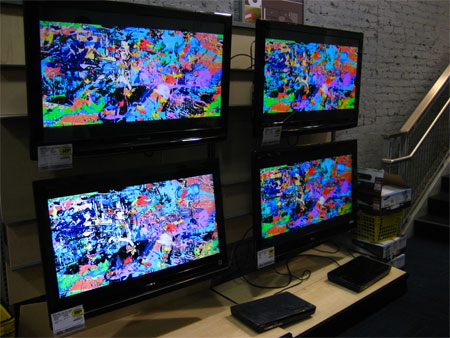 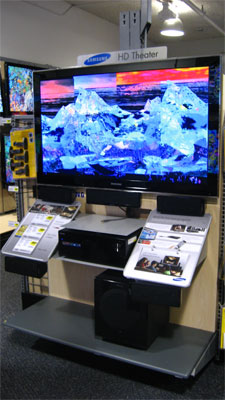 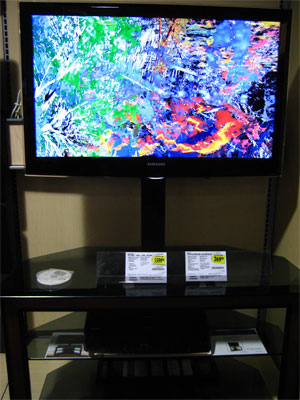 excerpts from a live mixing session performed on 8 VCR decks with some analog feedback/delay effects.

(via "Art of Artifacts" by Rosa Menkman) 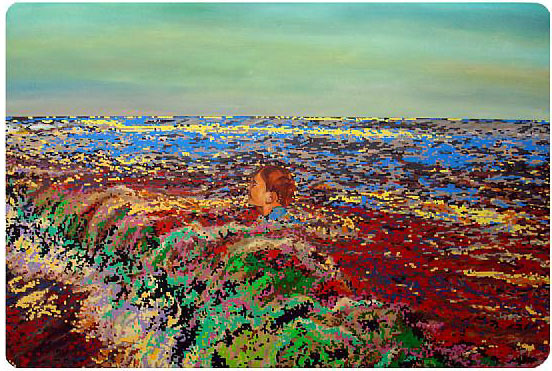 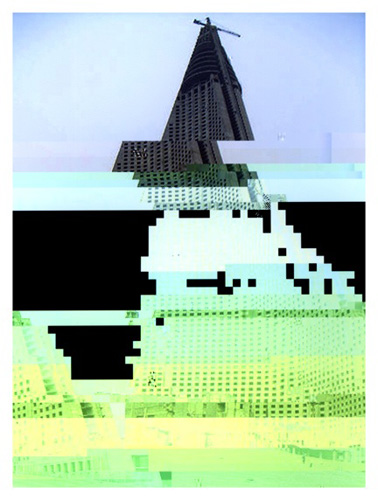 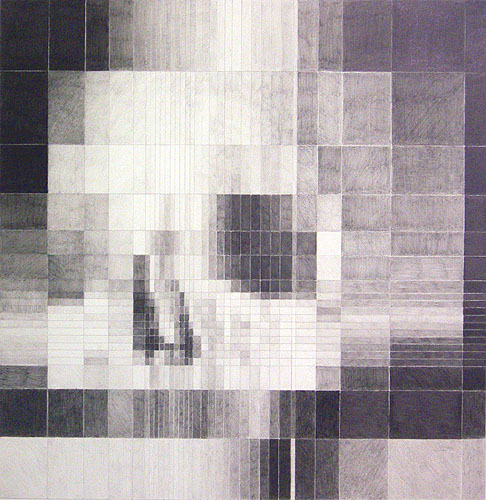 These Murata and Paper Rad/Davis videos are two early examples of manipulating digital compression to produce pixel bleeding for artistic effect. In the last week, two mainstream music videos have been released by Chairlift and Kanye West that use this effect, and it has come to be known as "datamoshing." Heralded as a brand new innovation by some, the near simultaneous release of these two music videos have fans of each musical act crying foul. But, as the two videos above indicate, these techniques have been in circulation for a number of years now. It seems an argument concerning the origin of "datamoshing" is unnecessary, given that almost everything is built upon something else.