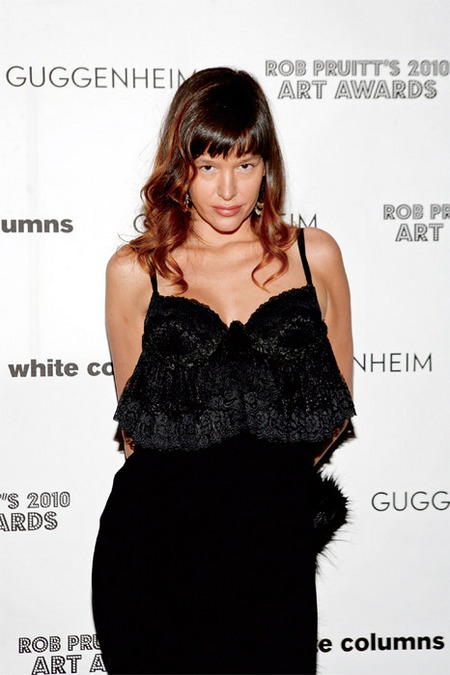 David Velasco writes about Michele Abeles in Artforum (via Brian Droitcour.) Starting with an amusing anecdote about a project involving the Boardwalk Empire star, the piece is a look at the artist's approach to photography, given its changing nature in the digital age:

As if to further disarticulate the usual figure-ground relationship, she’ll often title her photos by rattling off some of their ingredients. The title Number, Lycra, Man, Hand, Rock, M.L., Cardboard concatenates the generic elements of that 2009 image according to the flattened order in which her eye is drawn to them as she scans the composition. The photograph becomes a sort of rebus that could be read out loud. Against photography’s materiality (the indexical trace of light on film) we have an insistence on iconicity, on the fundamental unmooring of picture from reality.

Not only do these pictures subdue the photograph’s material trace, but they also imply the elision of the photographic machine itself. The best example of this is the only one with a face: Sunglasses, Lips, Head, Reflection, 2009, a photo of a dude in pink-camo sunglasses looking at the camera, his odalisque pose reflected in his shades. Abeles and her camera should be reflected in the sunglasses too, but they aren’t. (She shot the photo from behind a panel of mirrored glass.) So it’s like he’s posing for himself, his picture magically taken without anything at all—the disappearance of the apparatus and its operator maybe signaling the eventual obsolescence of the camera in our imagemaking repertoire. We’ll be our own cameras. Of course, the camera is still there. And so is Abeles. They’re just out of the picture.

Some pictures leave the camera behind altogether. Take the ...