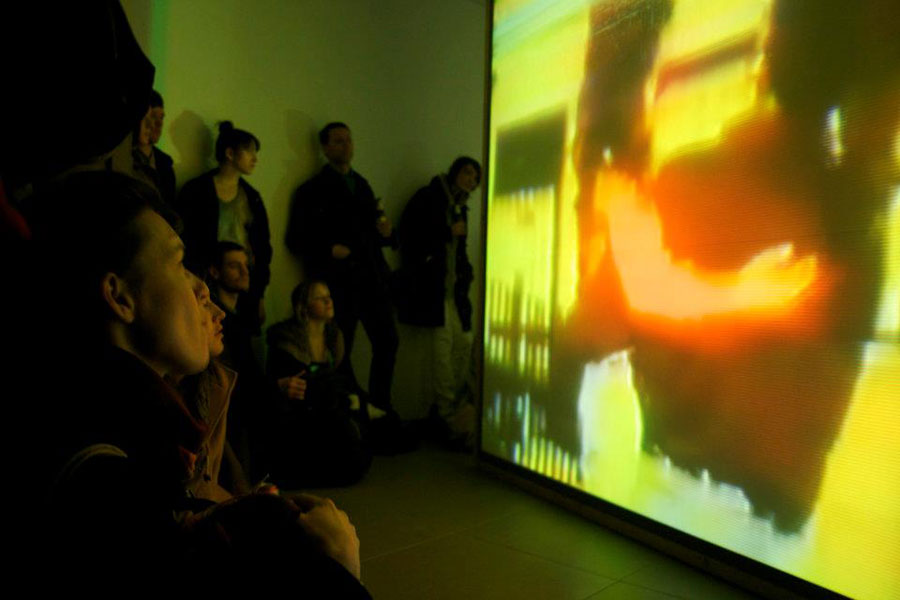 In a conversation with Francesca Gavin last month you said, "I see the clips from TV as being as much my personal memories as the ones from my own life, yet also having resonance with our collective national consciousness." Much of your work blends footage you've shot yourself, personalized footage shot by strangers, and the ersatz human experience offered by TV and adverts. It assumes pop cultural references naturally interpolate into one’s personal memories.

That quote was in reference to my editing style. I was explaining how my editing derives from listening to hip hop and dance music, and music production techniques. I look at the looping and sampling of sound, and then use those methods to play with audio and video in a similar way.

When I was a kid I would raid my brother’s room while he was out, and listen to his tapes. He is over 10 years older than me and was heavily into the rave scene. I distinctively remember nicking a rave tape from 92, so I was probably about 7-8. The stories about what he got up to were also influential.

The rave scene is one pop-culture reference, among many, that reoccurs in my work. I feel close to that youth/social movement and the music that spun out of it, but I have always felt slightly outside of it too, which made it easy to romanticize the whole thing until it became a part of what I did in my late teens.

If we think of rave culture as the last British subculture before the mass use of the Internet, it may well be being revived to a certain degree, but in ...