about the sound. we wanted this: cacophony club idea - but with a lot of power. engagement and interruptions of engagement. 11 specific dj's and/or dj ideas to juggle control, more or less simultaneously.

getting all 11 DJs secured in the walls of #hi11 was on minor/major fail as Brian Degraw, Iceberg, & $hayne did not make it - but banging away despite the loss was the duo NGUZUNGZU, KINGDOM, FATIMA AL QADIRI & AZIZAMAN, DEE, COP-A-FEEL, and me TOTAL FREEDOM. 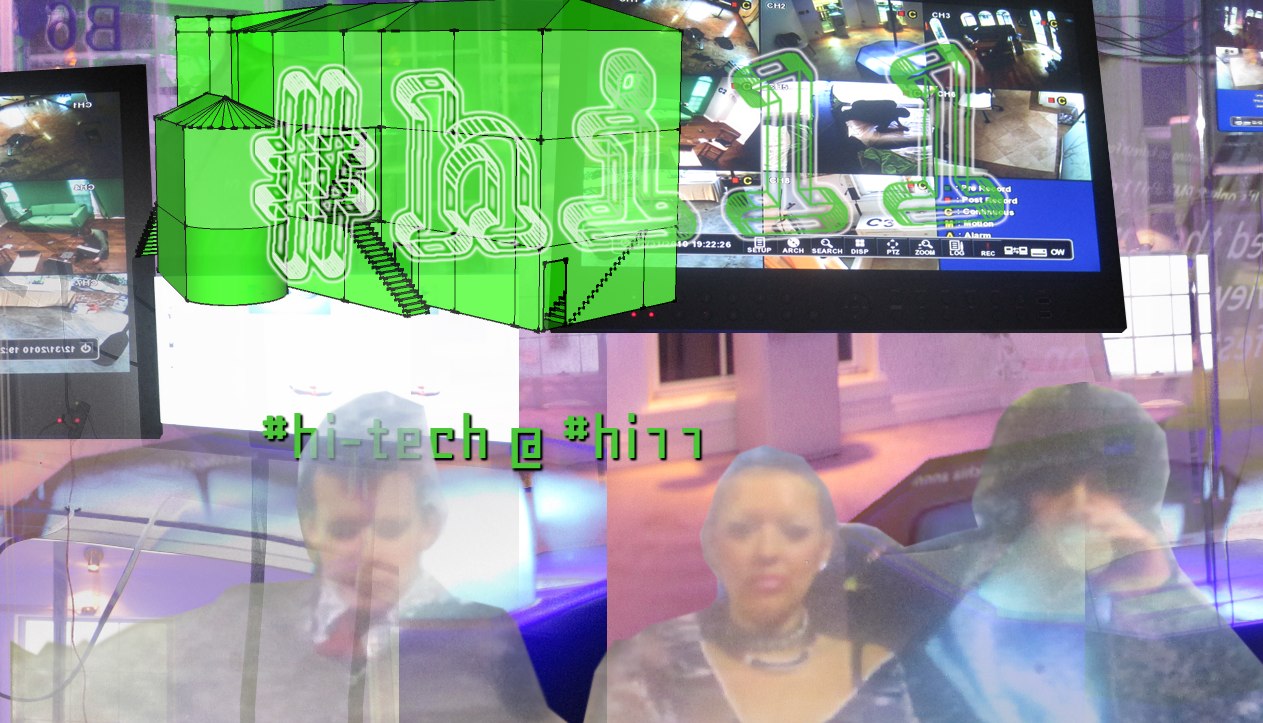 The new year's event that Ryan Trecartin and Lizzie Fitch hosted for 2011 circled through info-glut and privacy issues. When guests first arrived, they were greeted by a large LCD screen showing live color surveillance video from nearly every room in the house including the bathrooms.

Upstairs: A green wall. A green couch. A webcam. A surveillance camera. People could sit and see themselves dissociatively watching themselves sitting on the couch, all enshrouded in a celebratory Google search page while projected large in the adjoining Orphanage. Lauren Devine assembled a NIN Fuck Closet closet under the staircase in the club room, complete with bed, matching lover's headphones with top-mounted spotlights playing Nine Inch Nails remixes on loop.

If people tweeted text or photos using #hi11, they would see them projected over live surveillance video of the DIS B6 refresh_forum or the Courtyard respectively. The projections covered the ceilings of the Poop Room (B5), just above towering Ikea-collaged furniture. Above the fireplace mantle, a large LCD monitor displayed the #hi11 website as it scrolled up and down autonomously.

A countdown of every number from 11,000 to 1 moved in and out of the DJ feeds throughout the night, along with the sound of two singers wandering through the party with wireless headset microphones.

Ryder Ripps | Thu Jan 20th, 2011 1 p.m.
(1)
Share
Oh hai 11. I made the pilgrimage to LA from NY for 10 days to live in an "orphanage" and help with the Fitch/Trecartin #hi11 New Years Eve party.. I brought with me my tech expertise as well as a keen eye for Subway bread and Croc color pallets. I came back with some gifs and a happy feeling inside. Some highlights bellow, click here to view all.

Asma Maroof, of NGUZUNGUZU, on the decks

Crocs and Locks.. set up by myself and Jonny Mandabach

Ryan and I testing out the green screen, behind us, a feed from the dance floor downstairs.

Ashland (TOTAL FREEDOM) rolling his eyes after a long day on the hi11. 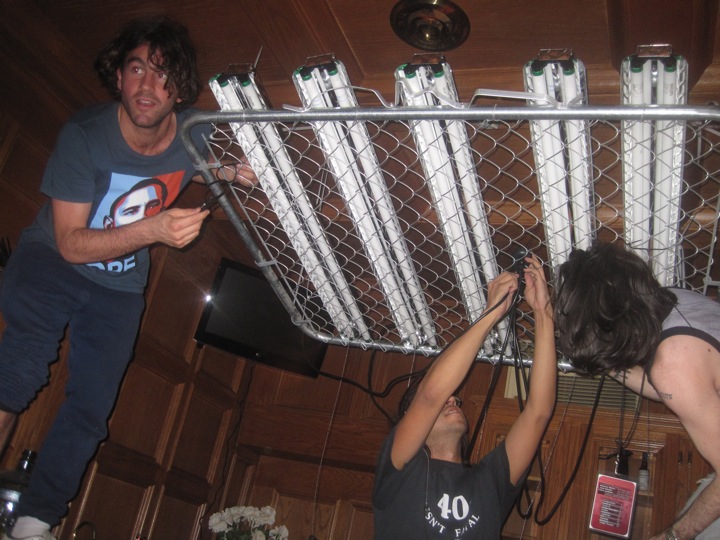 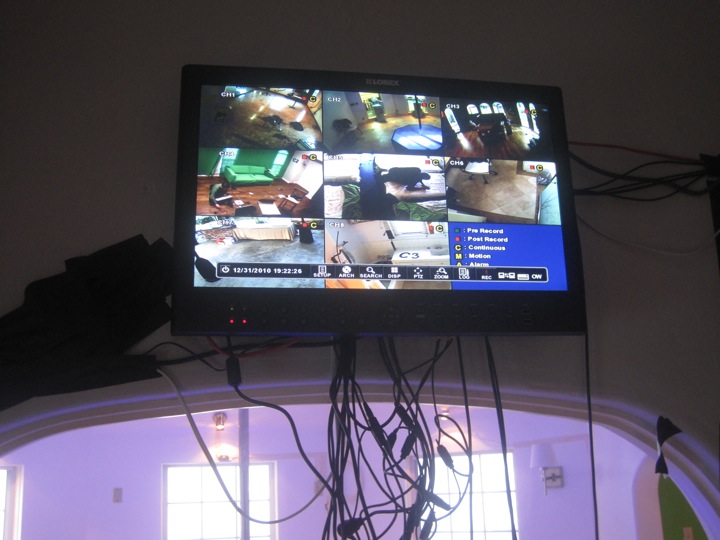 #hi11: we assembled an armature within and around the house to allow the molding and reflowing of movement, its telepresentation, turning far corners into broken windows, hyperlinking plaster and flesh, the house a hashtag, a sort of realtime collaborative memory palace people could inhabit use and shape for instantly distorted recall. 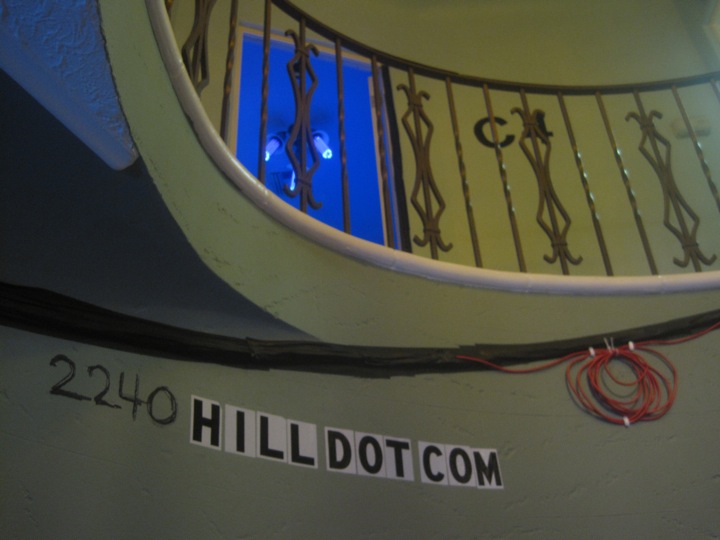 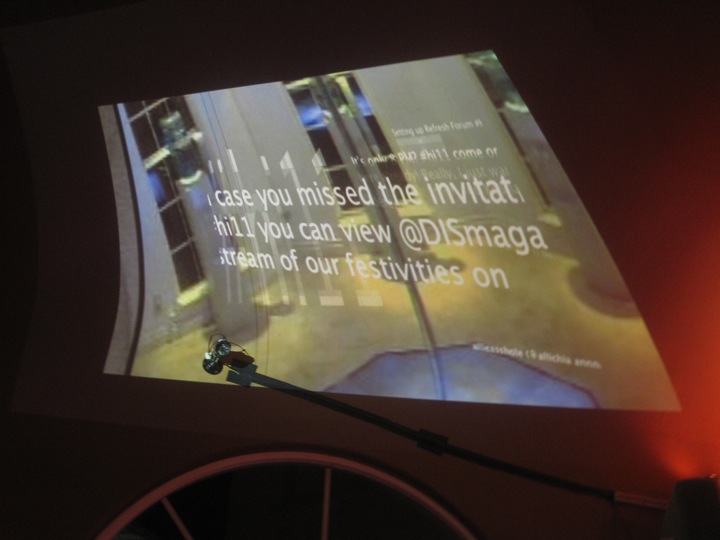 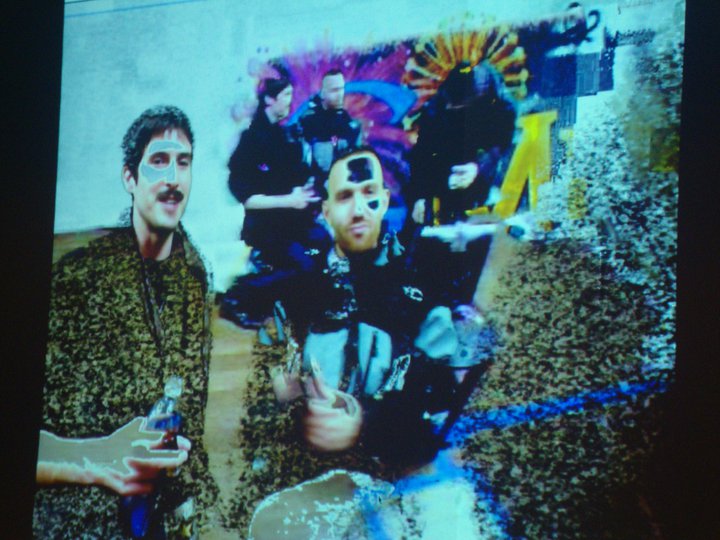 Hash tag, price tag, luggage tag, name tag, license and registration tag. The house turned into it, now it's the tag that becomes like a house: #hi11 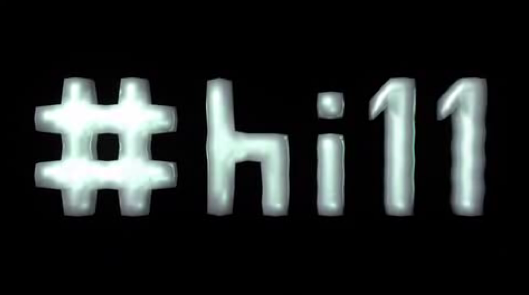