Chubz: the Demonization of my Working Arse (An Interview with Spitzenprodukte) 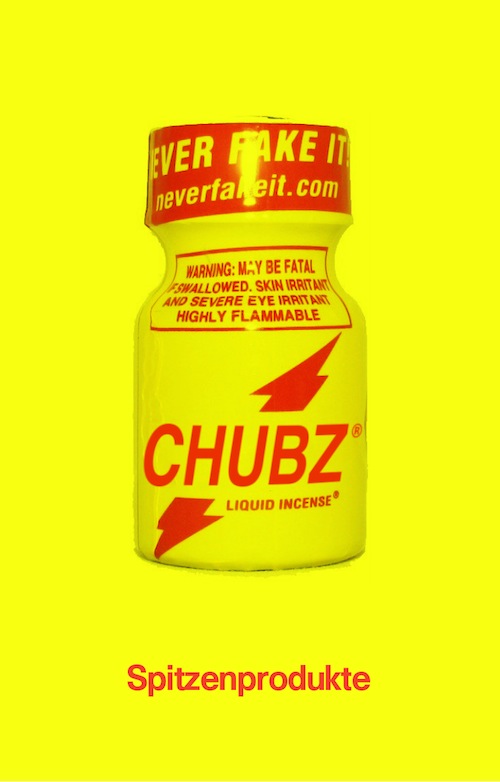 Chubz: the Demonization of my Working Arse is the first book by Huw Lemmey (aka Spitzenprodukte)—a work of fanfiction inspired by young Labour party member, author, and Guardian columnist Owen Jones. First person accounts of protagonist Chubz' hookups with Jones are interspersed with depressingly funny episodes recounting UKIP leader Nigel Farage's poppers-fuelled campaign. Sex and politics—contemporary cruising, self-representation, and brand identification—have underpinned the majority of Lemmey's work prior to Chubz, including "Digital Dark Spaces" and "Devastation in Meatspace" (both The New Inquiry). A book launch for Chubz was held recently at Jupiter Woods, London (October 28), featuring readings from the book and from earlier material, including a poem by Timothy Thornton (found here as two PDFs). I spoke with Lemmey about his book in person and over email. The book can be purchased here.

LH: Over what period have you been writing Chubz, and what motivated you to use the mode of fanfiction to develop concerns about sex and politics that you'd previously expressed in journalistic fashion?

HL: I don't know when I started; I left London for a summer in 2012, during the Olympics, to live in Dublin. I guess when I was there I started putting down some ideas for what the book was going to become, but I was very much writing some sort of speculative futurist thing, trying to think about the city through a language of future branding. It felt very strange being out of the country that summer. I was sure the place would try to erupt like the year before, and worried about how that would play out given that there were literally soldiers on the street when I left in June. When I got back that autumn, and there weren't more riots, I was surprised, and now there's this point at the end of every summer where I'm still surprised they haven't happened.