How to See Infrastructure: A Guide for Seven Billion Primates 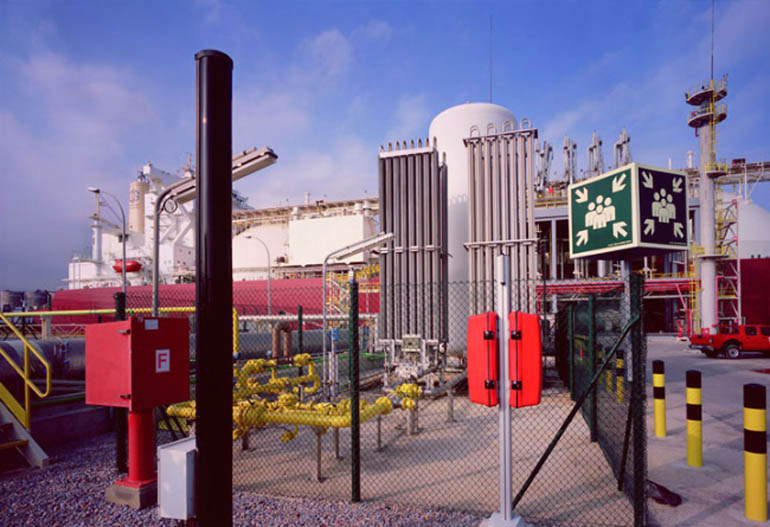 Allan Sekula, Gas Terminal, Barcelona (2008) from the series "Methane for all."

When an American crew picked up the first of these ships from the Daewoo dockyard, completed the sea trials, and began the voyage back across the Pacific, they discovered in the nooks and crannies of the new ship a curious inventory of discarded tools used in the building of the vessel: crude hammers made by welding a heavy bolt onto the end of a length of pipe, wrenches cut roughly by torch from scraps of deck plate. Awed by this evidence of an improvisatory iron-age approach to ship building, which corresponded to their earlier impression of the often-lethal brutality of Korean industrial methods, they gathered the tools into a small display in the crew's lounge, christening it "The Korean Workers' Museum."

If we lift up the manhole cover, lock-out the equipment, unscrew the housing, and break the word into components, infrastructure means, simply, below-structure. Like infrared, the below-red energy just outside of the reddish portion of the visible light section of the electromagnetic spectrum. Humans are not equipped to see infrared with our evolved eyes, but we sometimes feel it as radiated heat.

Infrastructure is drastically important to our way of life, and largely kept out of sight. It is the underground, the conduited, the containerized, the concreted, the shielded, the buried, the built up, the broadcast, the palletized, the addressed, the routed. It is the underneath, the chassis, the network, the hidden system, the combine, the conspiracy. There is something of a paranoiac, occult quality to it. James Tilly Matthews, one of the first documented cases of what we now call schizophrenia, spoke of a thematic style of hallucination described by many suffering from the condition, always rewritten in the technological language of the era. In Matthews' 18th Century description, there existed an invisible "air loom," an influencing machine harnessing rays, magnets, and gases, run by a secret cabal, able to control people for nefarious motives. Infrastructure's power, combined with its lack of visibility, is the stuff of our society's physical unconscious.

"How does one connect a country to the internet?" 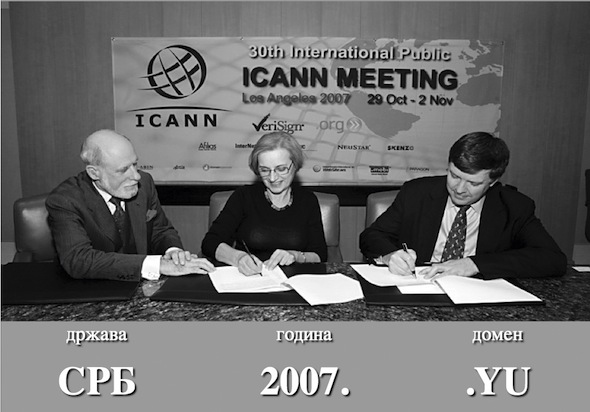 Mirjana Tasić (centre) at the 30th International Public ICANN Meeting, where the RNIDS Assembly ratified the Letter of Intent with ICANN, signed by a Serbian delegation, in Los Angeles from 29 October to 2 November. Image: Firstsite and Aleksandra Domanović in From yu to me, 2014.

The following interview was conducted for From yu to me, a documentary film by artist Aleksandra Domanović that narrates the emergence of the internet in the former Yugoslavia, with a particular focus on the .yu domain name. The interview was previously published in a new catalogue produced by Domanović and firstsite, Colchester. Borka Jerman-Blažič played a key role in establishing the internet in Yugoslavia just as the country fell apart; she also registered and initially administered the .yu domain name.

Aleksandra Domanović: As Yugoslavia was starting to disintegrate in the early 1990s, it also became connected to the internet. You played a key role in establishing this connection. How did it all happen?

Borka Jerman-Blažič: It was on 6 August 1991 that CERN debuted the World Wide Web, which was to become the basic service of the modern internet. Just two months after, I attended an Internet Engineering Task Force meeting in Santa Fe, New Mexico, where I saw my colleagues working on their home computers just by simple login via the TCP/IP protocol and a Telnet user service. I decided to set up a connection to the internet the moment I got home! (All we had was an email service using old transport protocols known as X.400 and X.25.) At that time I was engaged as secretary general of the Yugoslav Network for the Academic Community, YUNAC, on behalf of which I applied for an internet connection. We managed to connect in November 1991; at that time, only sixteen countries had access to the internet, including Yugoslavia.

Published in collaboration with VVVNT 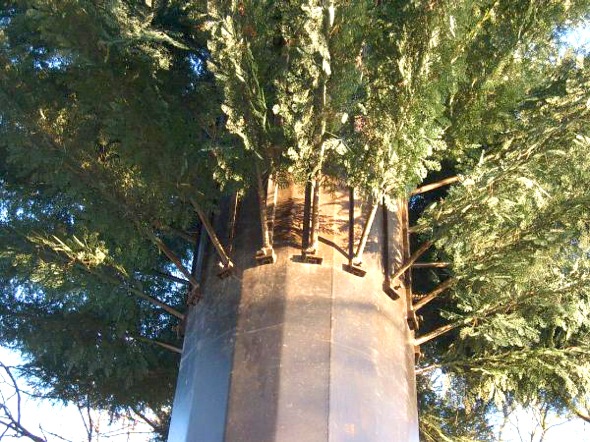 "The Critical Engineer considers any technology depended upon to be both a challenge and a threat. The greater the dependence on a technology the greater the need to study and expose its inner workings, regardless of ownership or legal provision. "

My first conscious contact with telecommunications infrastructure came in the form of a telephone call that simultaneously rang for about a hundred people.

It was called a party line and was common in the 80s in rural New Zealand and other areas too sparsely populated to justify a unique telephone cable to each household. Instead, the telco ran just one line out from the nearest exchange as though the whole community were a single address, and then wove it across the hills, through wooden T-poles, stitching farm to farm.

It worked like this: each farm was given a ring pattern similar to a phrase of Morse Code. Our antique phone with its wooden housing and little metal bells would ring with a dozen different patterns a day, but the rule was that you'd only pick up when the call was for you.

Naturally my sisters and I broke that rule once or twice, trying to keep a lid on our giggles as we lifted the wrong pattern. Though the system practically implemented wiretapping, we knew listening in on others was wrong and, apart from the odd prank, our Party Line worked quite well. As far as I knew the whole world was wired that way, that telecommunication anywhere would imply an open infrastructure with a contract of trust at the center.

Bundled, Buried & Behind Closed Doors is a short documentary explaining internet infrastructure, focusing on the art deco building 60 Hudson Street in Tribeca, which is now one of the most concentrated carrier hotels in the world. The internet has an "ironically very limited geography in terms of big strategic concentrations," explains Stephen Graham, professor of cities and society, Newcastle University, in the short film. "The big affluent high tech information rich regions" is where the infrastructure is densely located. And 60 Hudson Street was especially ideal as a hub, given that the building was already designed to accomidate cables as it was first fitted for pneumatics tubes, then telegraph cables and telephone lines. 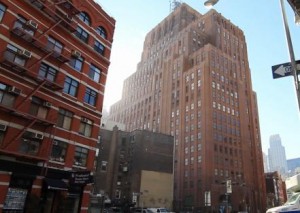 In an interview with The Atlantic's Kasia Cieplak-Mayr von Baldegg, director Ben Mendelsohn explains, "The issue of how this infrastructure is hidden fascinates me. Andrew Blum has a book coming out in May about physical Internet infrastructure, which I'm very excited for. He was giving a lecture and handing out postcards of "data monuments" in New York City, and I asked him: if these are monuments, what do they reveal about the culture that built them? Their message is really one of ambivalence. Service providers need to let potential clients know where they are, but they generally decline to make their presence widely known beyond that marketing purpose. Andrew did say that he envisions "brewery tour" style visits or class field trips to Internet buildings in the future, and I think that would be great, but the industry is not there yet."