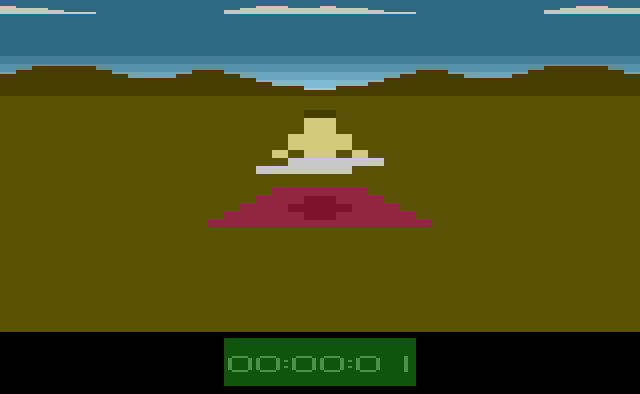 Any set has begin and end, but the Lucky Dragons played that down in a New York appearance last Saturday; they switched on some recorded sounds as the audience was taking seats, and demonstrated their equipment and chatted after the music’s long, slow fadeout. The structure suits the group’s hippie philosophy that doesn’t assign prominence to any musical moments, but treats all sounds (and people) equally. They also tried to erase borders between performer and audience by encouraging listeners to be mobile, approach the instruments, and improvise, although the narrow length of The Stone, crammed with folding chairs, made it tough for anyone past the two front rows to join in. Lucky Dragons stalwarts Luke Fishbeck and Sarah Andersen were joined by drummer Ches Smith and guitarist Grey Gersten, the curator of The Stone’s program this month.

Once everyone was settled in place, Smith and Gersten entered lightly, playing inside the framework of the electronic pulse already hovering in the venue. Gersten struck and dampened his instrument’s strings percussively, rather than playing melodies. Over time the drums and guitar settled into a hazy backdrop for electronic, pentatonic glissandos emanating from Fishbeck and Andersen’s hacked instruments. Later on they handed audience members a short-circuited wire—wrapped in a colorful knit cozy for safety—that played triadic chords when touched, varying volume according to intensity of squeezes and the amount of grounding (Fader recorded a demonstration of it). The accidental harmonies of that cord, like most of the sonorities in the Lucky Dragons’ music, seems to skip across the overtone series, as if the electronic tool is just picking up the natural vibrations hanging in the air. It could be the signature instrument in their wired drum circle ... 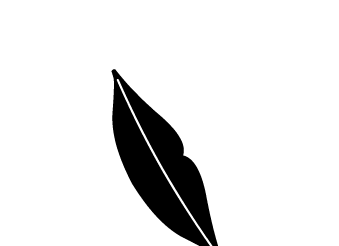 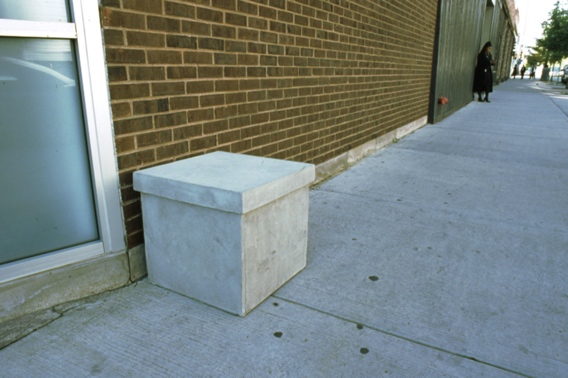 This piece consists of a concrete bench cast hollow, with its internal cavity serving as a sealed sub-woofer speaker enclosure. A recording of nearly sub-audible sound is played through this bench and is not experienced until someone is seated and feels the vibrations of the sound. The bench is designed to be typical of a public concrete bench, the only difference being its shape of a cube meant for one rather than rectangular for the possibility of multiple simultaneous users. This creates a situation where the user necessarily has a private experience with the piece, placing a shift in the function of the public bench and allowing for a private experience to take place within a public setting (without removing the person from their public position and function.)

"In Real Life" at Capricious Space

Every weekend in the month of March, "In Real Life" took over Capricious Space in Brooklyn, NY with four-hour residencies by various art-related web sites. We felt the project stirred up some compelling ideas surrounding the presentation of online artistic activities within a gallery setting, and we attended as many residencies as we could. Finding a format to review everything that went on last month wasn’t easy. We eventually decided to crib the form of curator Laurel Ptak's statement, a conversation between herself and art historian Leigh Claire LaBerge over Skype, and exchanged our impressions of "IRL" over email.

Ceci: The first "IRL" residency I attended was the performance for Club Internet. Some have grumbled that this "performance" was boring -- just a bunch of people around laptops. But I stayed at the gallery for almost two hours, talking to Laurel about the use of (and resistance to) digital manipulation in commercial photography during the 1980s, the subject of her academic research that preceded her blog iheartphotogaph. I also had an interesting talk with Club Internet founder Harm van den Dorpel. I don't know if we really needed the gallery setting or even the production of Club Internet in the background to have that kind of dialogue. 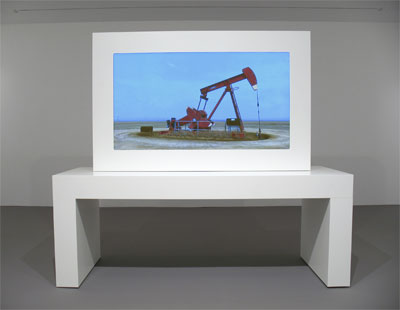 John Gerrard creates eerie landscape works in realtime 3D (a type of graphics usually used in gaming), seen recently at the Knoedler Project Space and Simon Preston Gallery. Eerie because their encircling viewpoints, afforded by slow moving, 360-degree camera pans, not only posit them between the cracks of photography, sculpture, cinema, and painting but also carry a whiff of surveillance. They operate in real time, showing their subjects both in daylight and moonlight, amid enormous, man-made constructions in remote country settings, thus imbuing 20th century industrial inventions with the ancient mystery of the pyramids or Stonehenge.

In 2008's Sentry (Kit Carson, Colorado) at Knoedler, Gerrard presents a red oil derrick continuously pumping oil. There are no people in sight, only telephone wires and a few silos barely visible in the background. It's a reflexive work, a virtual mechanism designed to run on its own in real time without human supervision (as is the derrick). The up and down movement of the pump provides a counterpoint to the lateral movement of the camera, while the camera's perpetual motion mirrors the derrick’s constant activity. 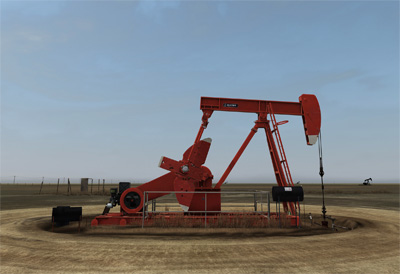 Sentry, which is silent, brings to mind Rashawn Griffin's installation of a real time transmission of sounds from a quiet country road in Kansas to a room in last year's Whitney Biennial, for its stark midwest milieu, and as an exercise in synchronicity. The piece is meant to be activated by the viewer by turning the monitor's frame, which will set the camera in either clockwise or ... 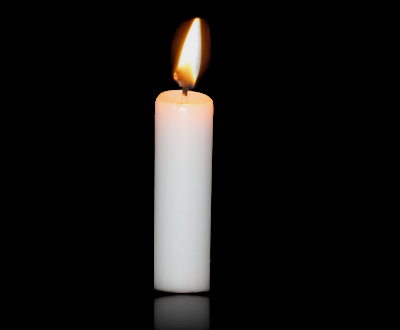