The Web That Can't Wait 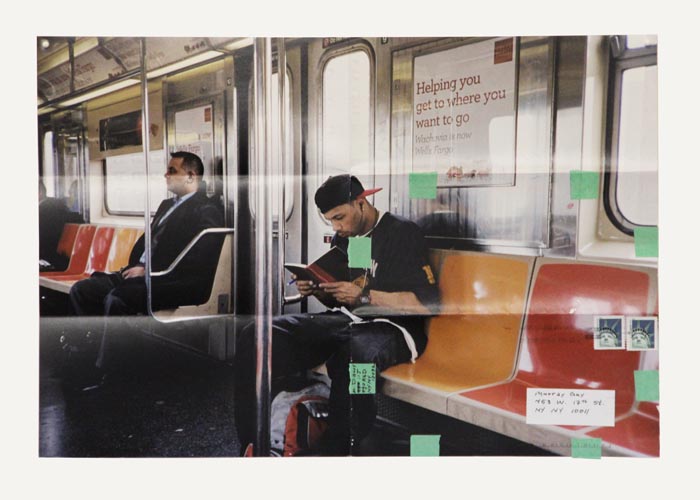 One of my earliest memories is getting hit in the face by a book. I was two; we had just moved to Dubai, and were staying with another family for the first few weeks. While we were playing, their younger son threw his book at me. It cut open the thin skin below my right eye, just above the line now demarcated by insomnia’s purplish bruisings. I remember only fragmented flashes. The green Small World Library hardback with Goofy on its cover, the tears, and the blood—so much blood that the book retained a rusty stain on the spine.

The scar has since stretched and faded to a gathered curve, barely discernible to the touch and perceptible only if you know where to look. As I grew, I accrued many other scars, each with its own story, but this one remained special: my own facial bookmark. Like a tribal mark or that left arm vaccine scar that quietly signifies which global sphere you’re from, I had been struck by the weight of a book

And read I did, as if to fill up this hole that the book had gouged in my face—compulsively and voraciously, and at every snatched moment I could. Yet Dubai’s public library system was anaemic at best, and its bookstores, with their politely aligned new titles, antiseptic. Summer visits to India became all the more rarified as a result. Here, finally, pavements were hedged with booksellers, and inside, up rickety staircases and under the eye of equally rickety old men, were shelves heaving with books. These bookstores smelled like the ones I had read about: all heady with the intoxicating lignin of tomes gone to seed, mixed in with that slightly musty dampness unique to monsoon season.

Even in this bibliophilic paradise, however, lurked a sense of spoilage, insistently asserting itself like the background static of an AC. No matter how greedily I read and reread, I could never hope to possibly open—let alone own—even a fraction of the books I saw. And that’s to say nothing of all the books I had never even heard of, but was still painfully aware were out there.

Later on, college would highlight in relief just how much I hadn’t read. Each semester I took far more courses than I could legitimately handle, and reading became consumptive instead of submersive. It became good enough to quickly read each text just once; a slower savouring could come later. On visits home, I would fill my suitcase with that semester’s texts in hopes of rereading them—properly, this time—but they always remained in accusative stacks on the floor, neglected in favour of my childhood favorites. As much as I wanted to build a library and surround myself with books, NYC storage concerns colluded with a sense of self-exhorted acceleration to shift my primary reading format from books, to PDFs, to Twitter and tabbed browsing.

Here, again, was that same urgency transposed from page to screen. Do you know the feeling? That sharp, almost adrenal jolt when you open just one more tab and all the favicons disappear to give you a segmented line of characters? You can’t increase your screen resolution much more, but keep the pages open, just on the off chance that you might actually read them. Perhaps you quickly scan in order to close a tab, yet find yourself clicking on “History” just moments later, just in case you missed something. Perhaps you feel guilty about not giving each piece the undivided attention you once lavished upon your books, but often, just knowing the dust jacket-like gist seems to be enough. You consider developing an Instapaper habit, but don’t trust that you will ever train yourself to go back, sit down, and read them at leisure. Because should you manage the impossible, and find time to actually read them after the fact, won’t it be too late? Won’t the conversation have moved on?

This kind of pearl clutching over time poverty and the whirling hyperkineticism of the Web is nothing new. A few decades into the Internet, the browser has become cemented as the new battleground. At face, debates about the experience of reading online rest on a collective nostalgia for the book as an aesthetic object. What’s really at stake is the practice of reading itself: when, where, and on whose platform...