Generation Works, an artist-run space in Tacoma, Washington, recently staged its last-ever project as part of the Upcoming Exhibitions program at abc art berlin contemporary, an art fair founded in 2008. Harry Burke reflects on their last exhibition, and on the project as a whole. 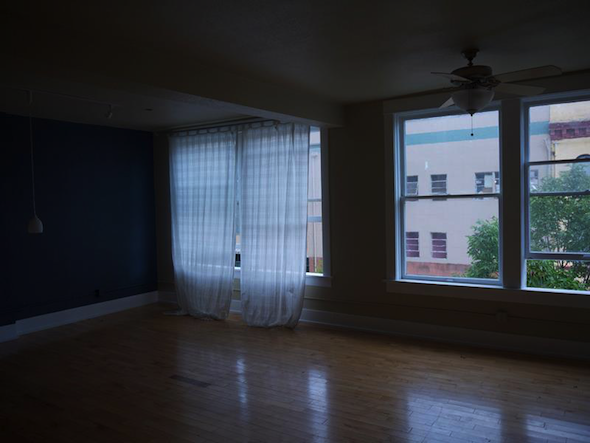 Generation Works' beginnings as a foreclosed condo in Tacoma, Washington.

Generation Works is responsible, progressive, made of stone, its website says to you, with a touch of imagination, patience, openness. The website header, lifted from the online home of another company with the same name, appears against a background that fades from white to baby blue. In the bottom left is the emblem of its sister organisation, Open Shape, its logo like a better version of its DIS counterpart. DIS were at the fair too, in fact, in a real booth, on the Saturday presenting a talk declaring Mainstream as the truest Avant Garde.

Generation Works is the name of an artist-run space in a condo in downtown Tacoma, Washington. Since 2012 it has played host to exhibitions by three American artists: Alex Mackin Dolan, Bunny Rogers, and Jasper Spicero. It is Jasper who curated the space, which runs through three rooms, and which admitted no visitors for any of its exhibitions. On September 19 of this year, between 5:00pm and 7:00pm CET, the project space staged its last-ever exhibition in an impromptu two-walled gallery construction in the foyer of Art Berlin Contemporary, an art fair. The condo in Tacoma has been foreclosed.