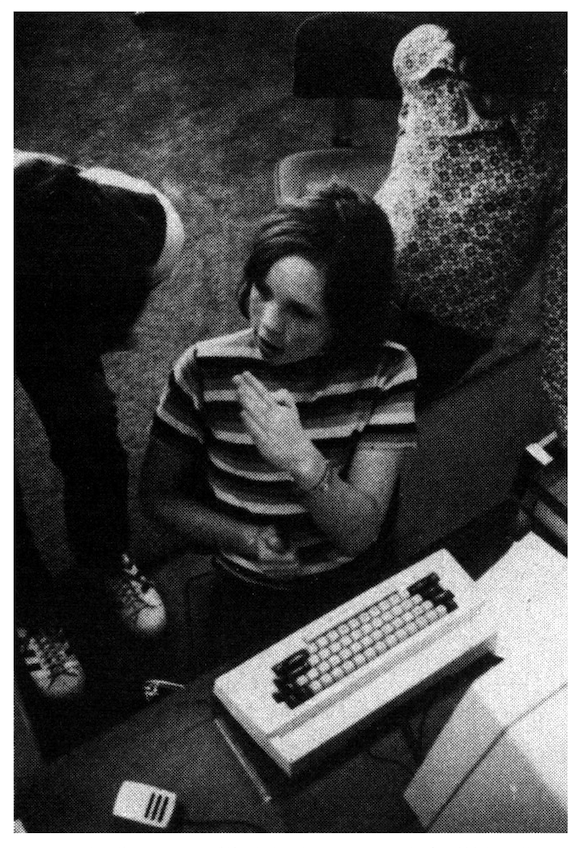 Photograph published in Alan Kay and Adele Goldberg, "Personal Dynamic Media" with the caption, "Kids learning to use the interim Dynabook."

MICHAEL CONNOR: I want to start with the question of methodology. How does one study software? In other words, what is the object of study—do you focus more on the interface, or the underlying code, or some combination of the two?

LEV MANOVICH: The goal of my book is to understand media software—its genealogy (where does it come from), its anatomy (the key features shared by all media viewing and editing software), and its effects in the world (pragmatics). Specifically, I am concerned with two kinds of effects: