A brief glimpse of Daphne Oram's pioneering and unique Oramics synthesizer, designed in 1957 after she left the legendary BBC Radiophonic Workshop to pursue the project.

This short film features Dr Mick Grierson, Director of The Daphne Oram Collection, acquiring the synthesizer from a collector in 2009.

The machine is now in the hands of The Science Museum in London and is currently being restored.

Motherboard.tv, for their series Electric Independence, visit the home of electronic music pioneer Morton Subotnik, who speaks about his career and work. 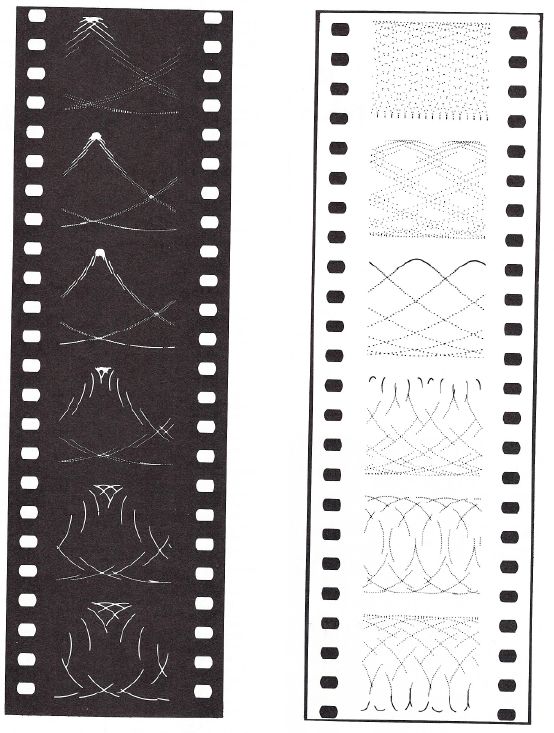 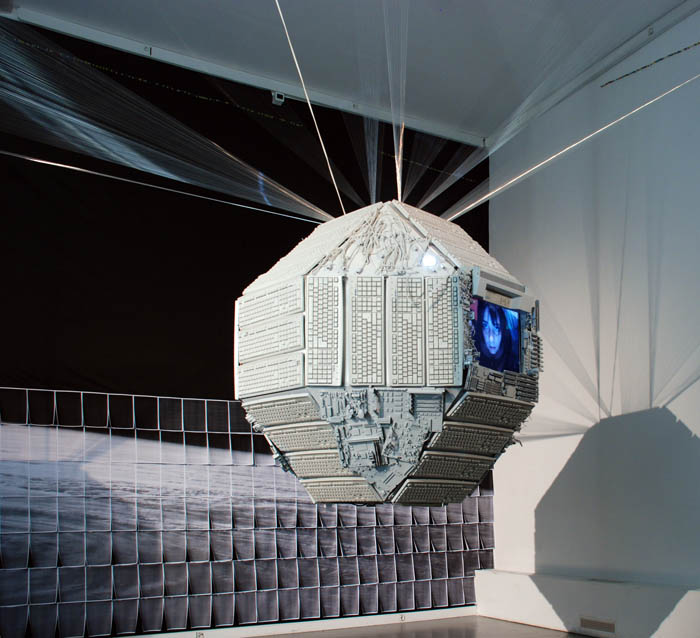 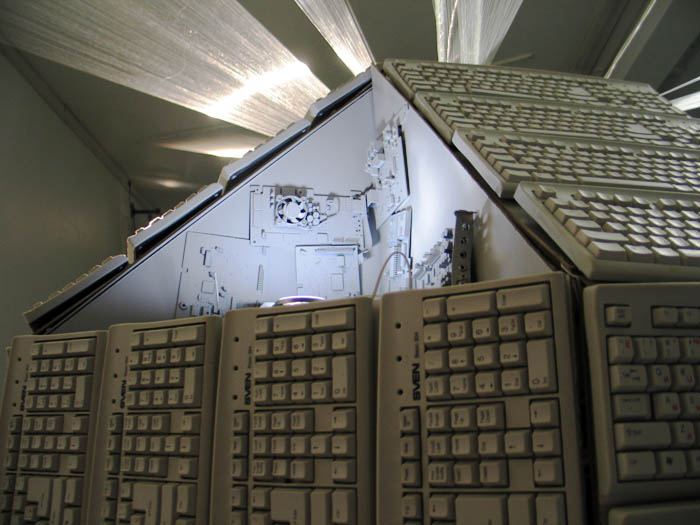 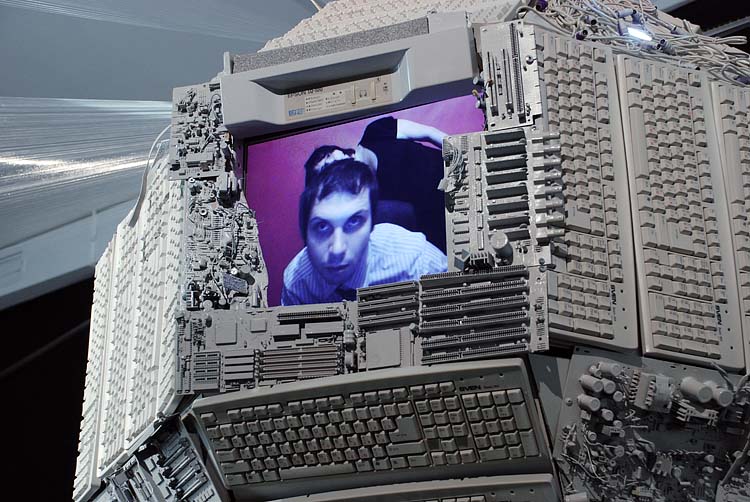 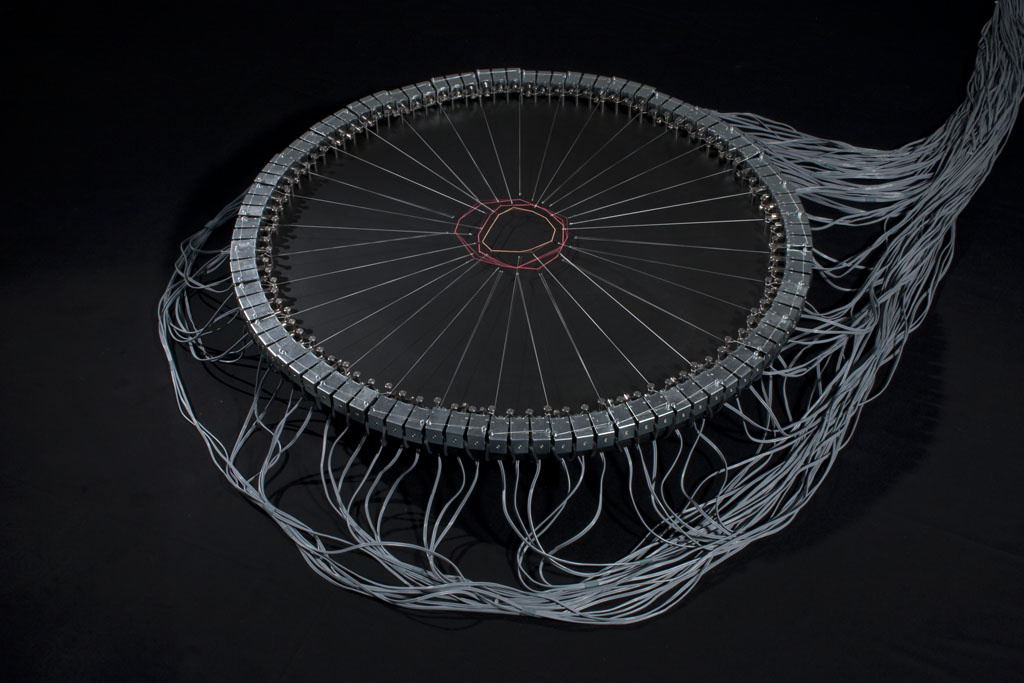 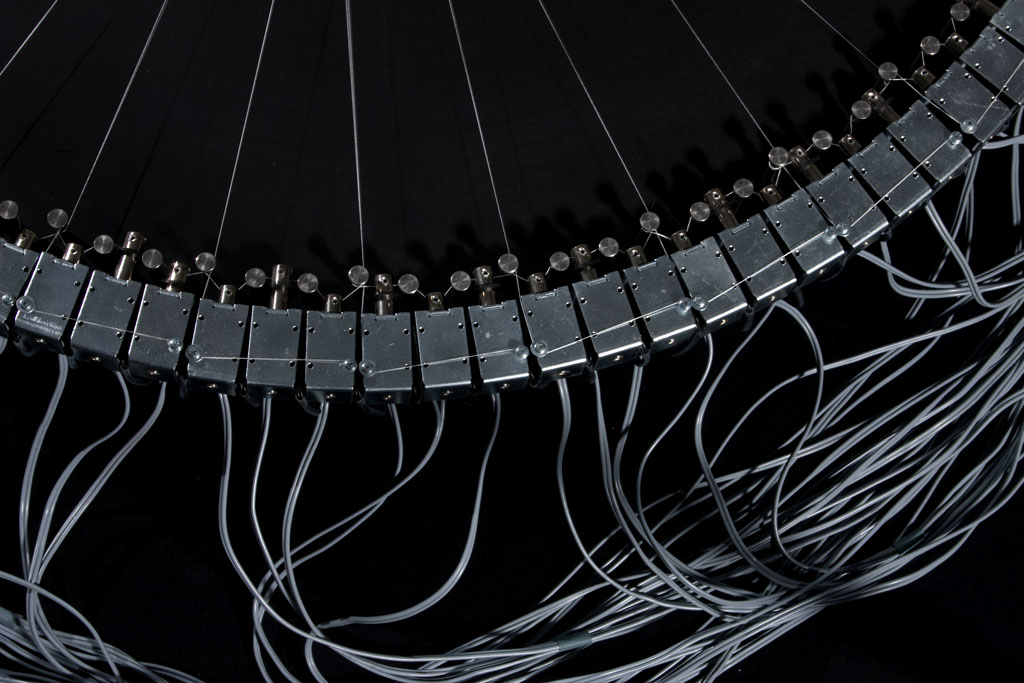 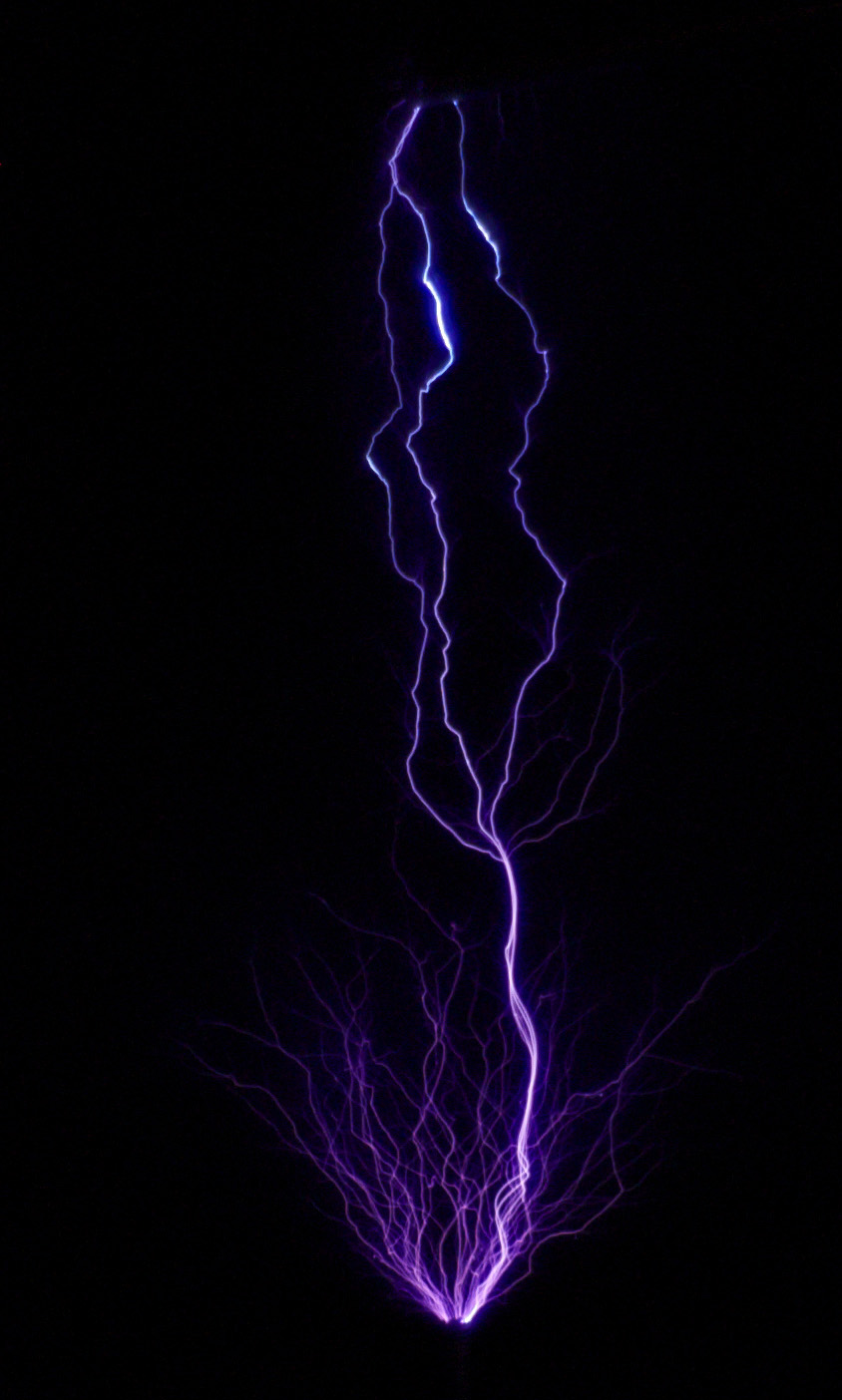 POWEr is a performance based on high-voltage electromagnetic perturbations, by Alexandre Burton and Julien Roy. Using an audio-modulated Tesla coil as a live instrument, electrical arcs are generated and transformed in an ongoing, realtime audiovisual process. Electricity is used as a subtle yet intense material, manifested as an instrinsically synesthesic phenomenae. 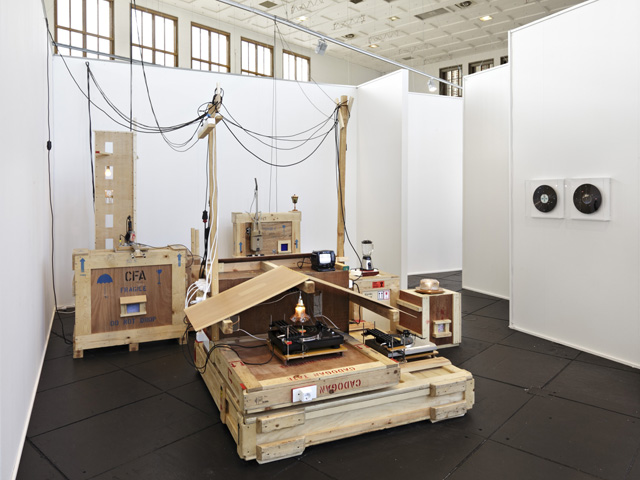 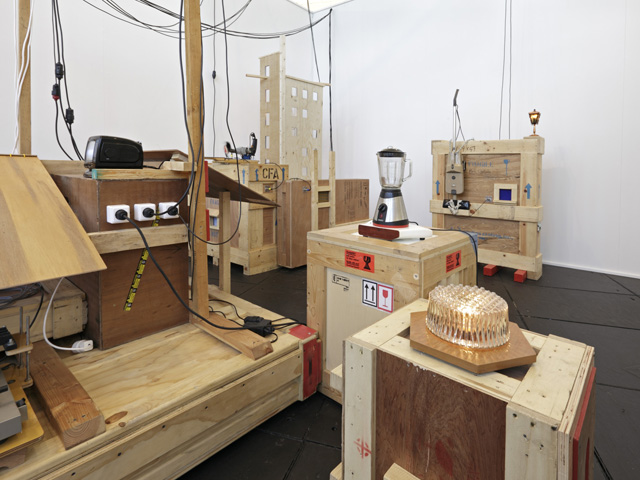 Ujino Muneteru transforms mechanical sounds into complex rhythms. Bored by the technical limits of his instruments, the guitarist and bassist experiments with new sounds. Different sounding bodies widen the spectrum of resonance; simple mechanical motors produce new tones. In particular domestic appliances, tools, and large machinery from the fifties to the seventies play a significant role here because of their mechanical simplicity and haptic palpability. Points of reference to the Japanese "Noise Music", a type of sound movement from the eighties rooted in John Cage and the Fluxus, can also be seen...

Plywood City refers to a part of Tokyo, in the vernacular, built from wood. Inspired by it, Muneteru constructs a model city, which is animated by kinetic objects and sound. The basis of the city is formed by art-transport crates, whose misappropriation cites socialist flagstone buildings with irony. 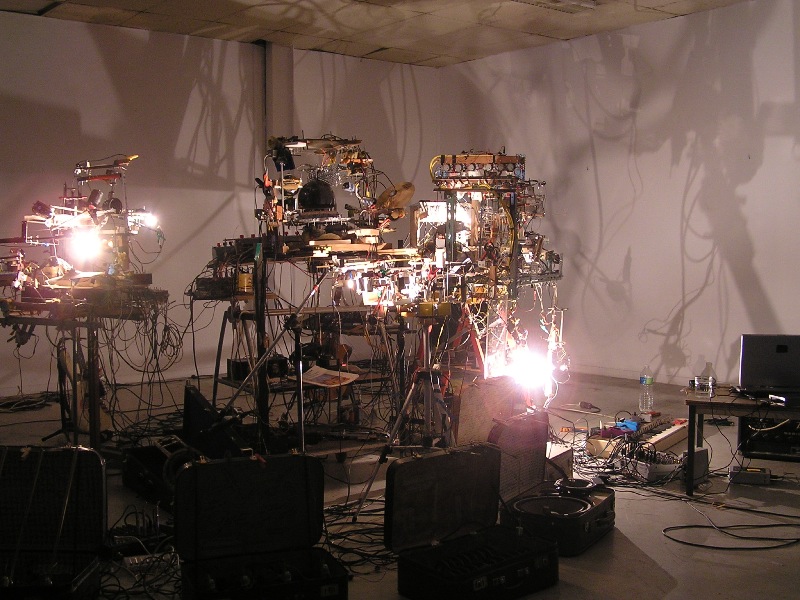 Initially, Gordeeff's pieces were a less complex juxtaposition of drawings, sculpture and found objects, often depicting images of dystopian angst. By 2004, he began to make use of light and motion as his work became more performative. He eventually added sound by amplifying various moving portions of the sculpture and in his recent musical performances, the process of obscuring and illuminating portions of the sculpture "becomes more detailed than if I were [merely] drawing or sculpting it." When asked about the sculpture's transformation into an improvisatory musical instrument, Gordeeff observes, "I used sound and motion as a tool to overcome my habits of plastic composition. I followed the technical bias of all the items I could find [rather than my own aesthetic decisions] to end up with hybrid objects and shadows of elaborate graphic design. Sometimes sound inhabits space ... 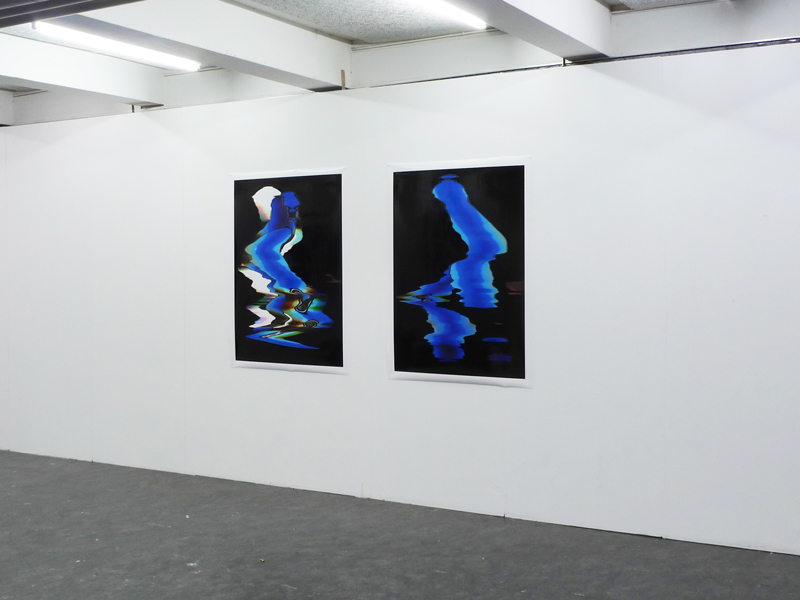 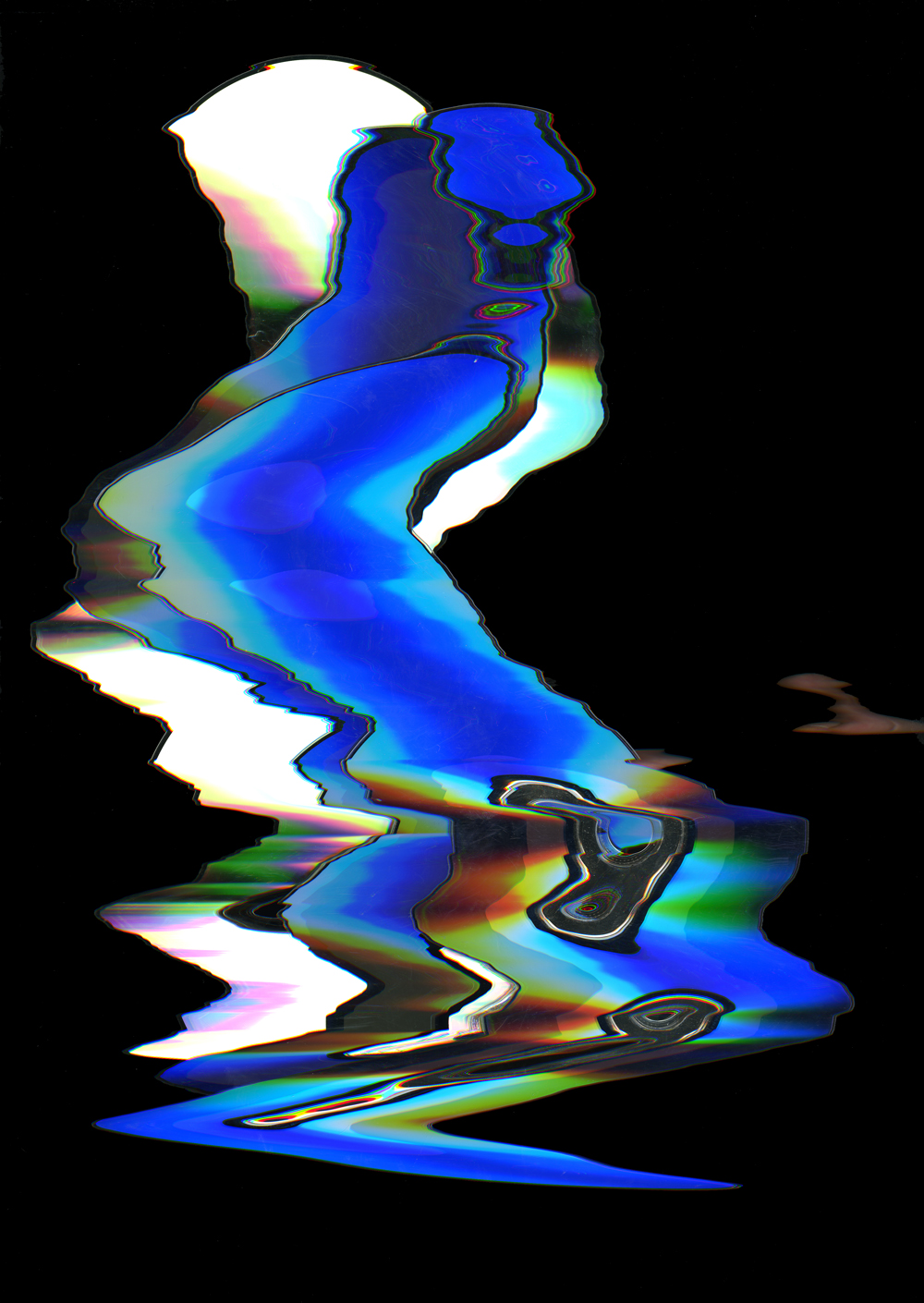