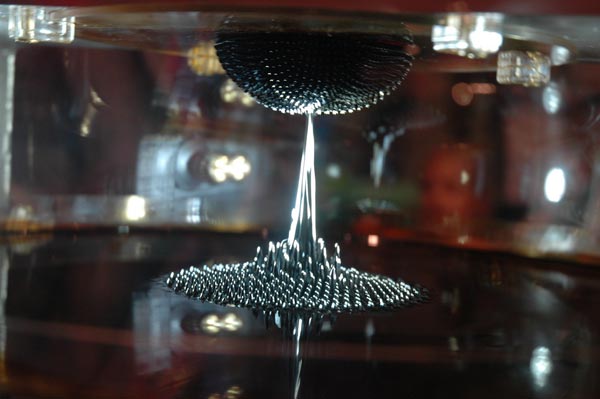 There are a number of us driven to search the world for the newest forms of magical tricks. We dive into the darkest alleys, the most convoluted of document dumps, the blackest of markets, searching for clues. We tune our aetheric antennas, looking for signals that might indicate a disturbance in the order of things— eddies in the production currents of technology— where such supernatural powers might suddenly emerge.

Arthur C. Clarke’s famous words are often repeated: “Any sufficiently advanced technology is indistinguishable from magic.” What isn’t often mentioned is that this is third of three of Clarke’s Laws. The full list reads as follows:

The third law is delightfully vague, capable of converting from advice for writing space opera, to a commandment of UX design. But in the context of the other two laws, it reads as a presupposition to how we view technological history.

Clarke is directing us to look at the means of the generation of history— the intersection point where the impossible is processed into the possible. The impossible is a large domain— containing impossibilities that may become possible in a week’s time, those that will only be possible in a thousand years, and those that for all intents and purposes within humans’ conception of time, will never be possible. Our knowledge of present technology is projected forward into the unknown, and the way forward is illuminated in heavy shadow, unfolding into what we conceive of as the future. To think about the future you must study history. But you also must be willing to perceive the currently impossible as already becoming historical. This temporally augmented reality is we are calling it in this series of essays, the Future-Present...