Over the next few weeks, Rhizome will present a series of performance GIFs curated by Jesse Darling, beginning with this work by Maja Cule. Darling's introduction to the series can be found here.

Hanging from the 8th floor of the South side of The Trump Building at 40 Wall Street (Click to view artwork)
Maja Cule, May 2013
(featuring: Marlous Borm)

In May 1930, The Trump Building was the tallest building in the world. In the ninth episode of the Season 4 of The Apprentice, Donald Trump claimed he only paid $1 million for it. 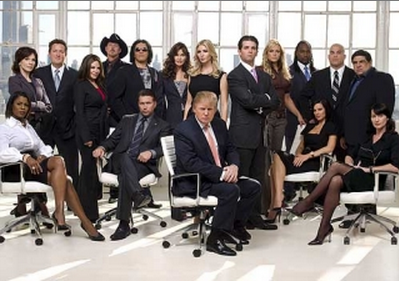 The window depicted in Cule's work is located on the eighth floor, which is currently under construction. It looks out over Isamu Noguchi's Sunken Garden, a series of black boulders of varying sizes that Noguchi collected from the bottom of the Uji River in Kyoto, and Jean Dubuffet's sculpture Group of Four Trees, commissioned by David Rockefeller(then chairman of Chase Manhattan Bank) in 1969 for the One Chase Manhattan Plaza building. Designed in 1961 by Gordon Bunshaft, One Chase Manhattan Plaza is the 200th tallest building in the world with 60 floors and sealed windows. 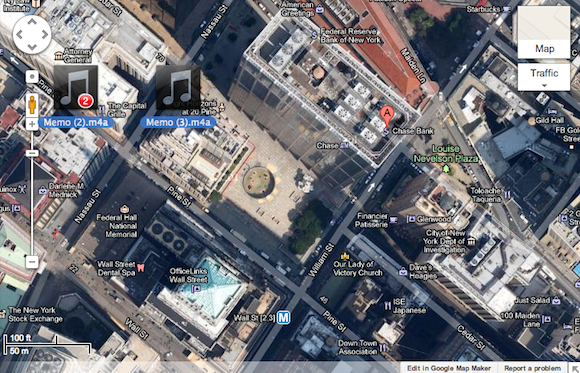