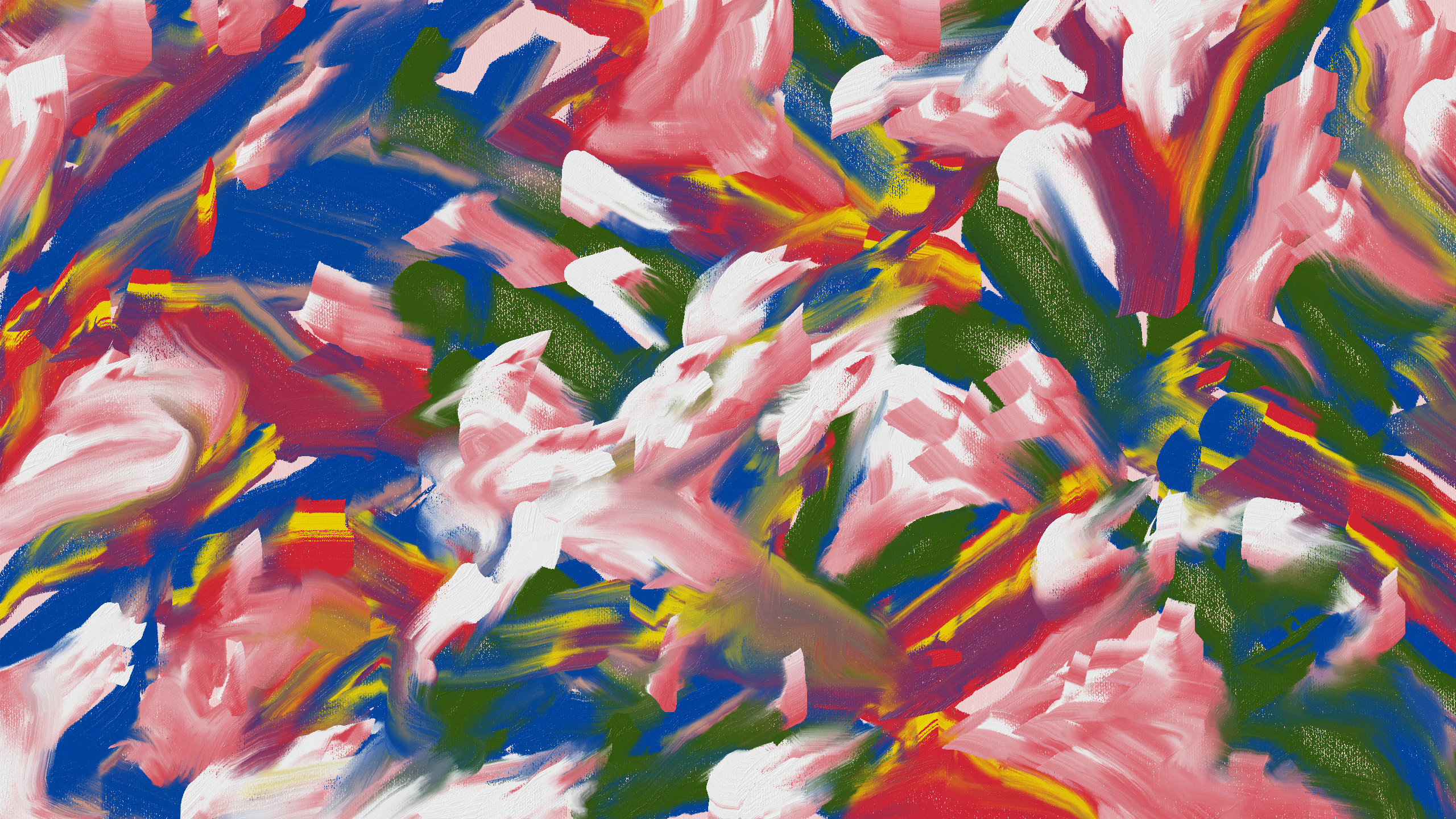 Bruce Sterling recently suggested that it no longer makes sense to talk about “the internet” as a whole. Instead, we ought to refer to the distinct corporate structures that define the topography of experience online: Apple, Google, Amazon, Facebook, and Microsoft. These companies provide users with similar services and, increasingly, they organize them in self-sufficient “silos” to encumber disloyal users with incompatibility issues. Sterling’s claim that there’s no more internet sounds premature and calculated to provoke buzz (cf. Wired’s September 2010 cover story, “The Web Is Dead”), but it’s useful nevertheless as a reminder of the limits on the user’s agency as these companies attempt to consolidate their control over information and bind the net to their devices.

With that in mind, Michael Manning’s Microsoft Store Paintings might be seen as a proposition about what happens to internet art when doesn’t make sense to talk about the internet. The digital abstractions are painted at locations of the retail chain named in the series’ title, sometimes at the first-ever Microsoft store in Mission Viejo, CA, which opened in 2009. Microsoft’s retail outlets are, of course, a riposte to the success of Apple’s stores, launched after two decades when the software giant happily dispersed its products through Best Buy and CompUSA. They herald the non-internet seen by Sterling. 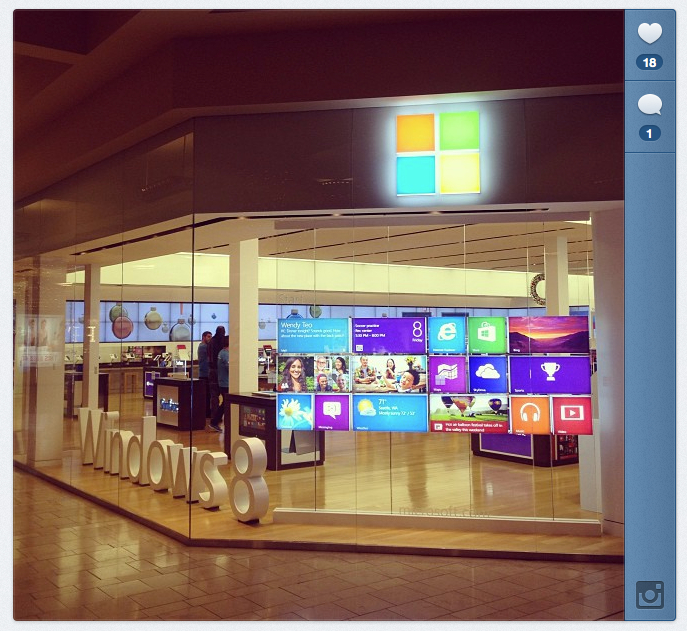 An image of a Microsoft Store from Michael Manning's Instagram