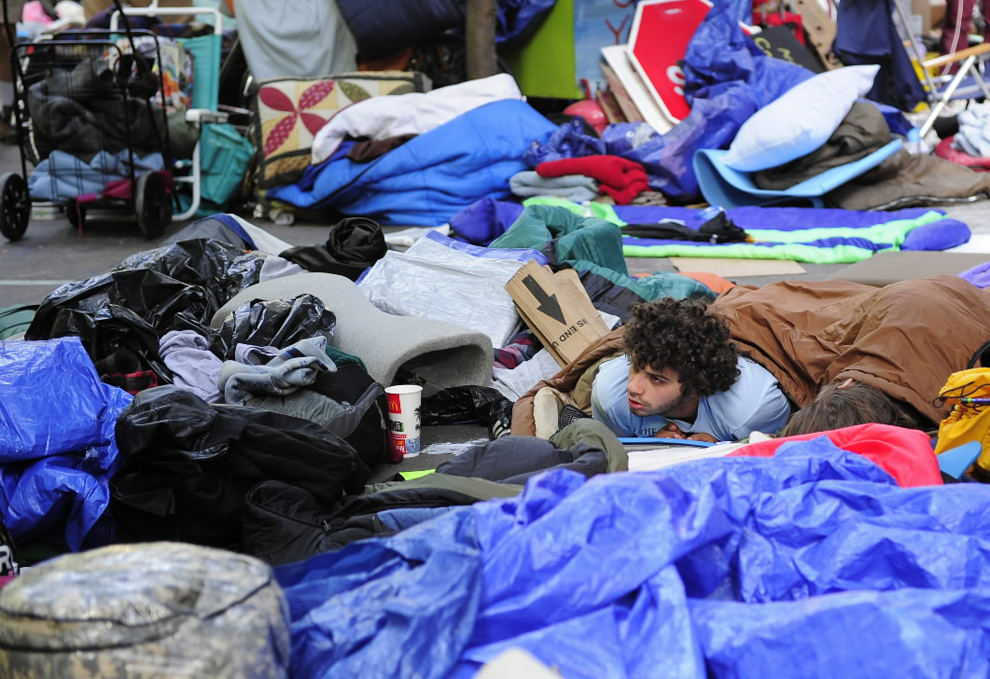 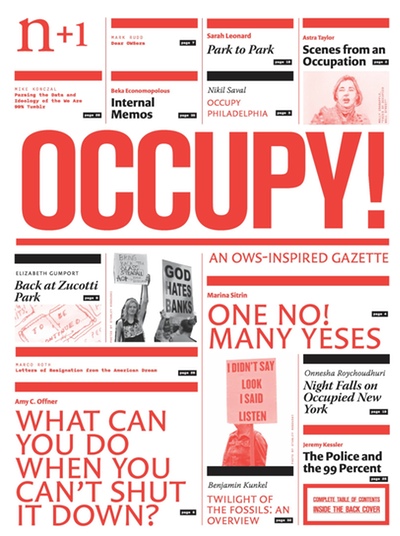 N+1, with the help of Astra Taylor and Sarah Leonard, have published Occupy! An OWS-Inspired Gazette, which is being distributed at Zuccotti Park and other "occupations" around the country. The PDF is also available for free download. Rhizome senior editor Joanne McNeil contributed an essay, "Occupy the Internet":

Occupy Wall Street’s actual web presence (http://occupywallst.org/) —“unofficial de facto online resource” —is a lean website not much more advanced than what Indymedia provided a decade before it. But its simplicity offers replicability. In the first month, over a thousand cities have occupied, many with bare bones “Occupy” websites of their own...