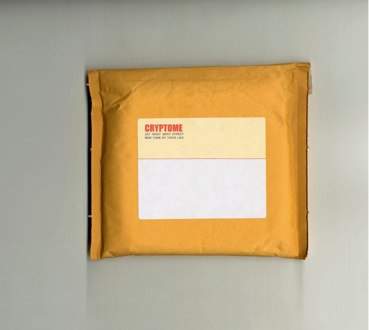 The founders of Cryptome.org, architects John Young and Deborah Natsios, are interviewed in Domus magazine as part of their open source themed issue:

How did Cryptome begin?

Deborah: Our collaboration started some time late in 1993. We went online in the Internet's early infancy, its seminal moments. Quite quickly we became involved in these new online environments and communities that were positioning themselves on the front line of the politics of information. John's involvement with the Cypherpunk Listserv was a transformative moment—Cypherpunk was dealing with issues of cryptography and freedom of information, and was way more advanced than anything that architectural practice was interested in at the time. For a long time we were the only architects in a milieu of technologists, cryptographers, hackers—we experienced a very peculiar kind of isolation in those years.

John: Cypherpunk was completely different from anything that existed at the time. It was all about taking over the world by undermining institutions and authorities. Cypherpunk did not have any interest in design, or had never heard of it, or possibly just didn't care. On the other side, we were surrounded by architects and designers who were not interested in anything that might disturb the opportunity of getting work, anything that might hinder their careers. It was then that it started to dawn on us that the Internet was going to become an advertising medium, as it has become for designers and architects. Even today, there are thousands of websites about getting work and showing portfolios, but nothing even remotely disruptive. Cypherpunk was out to undermine precisely that.

What made you perceive the disruptive potential of the Internet in relation to the politics of information as something necessary at that time?

Deborah: I think the politics of these "new technology" people in the design world is very problematic. Architects are by and large engaged in a kind of ornamental politics—a telegenic, photogenic and glossy politics that is unerringly safe. They won't put their careers on the line, they won't be visited by the authorities, they won't be subpoenaed for a federal criminal trial—all of which has happened to us. Is your work pulling the tail of the tiger? Are the authorities appearing at your door with warnings? Very few architects can say that. There is a certain abdication of engagement in the circles of mainstream production as tools of change—exhibitions, magazines and so on play their own role in this game.

John: We are not aware of anyone else in the design world who is engaged in the sort of practice we are engaged in. And even if they were, you would never find out about them through the architectural and design media—they would be too bizarre to be associated with. What the architecture world does have is a particular breed of architects who are highly practised at being embraced for their "outsiderness". Being a professional outsider as a promotional schtick: they are welcome and there are budgets for them. So one option is to be mildly controversial, and get invited to places to give talks and do museum shows. The other is to actually do something that will really piss people off, to the extent they will never want to invite you again or have anything to do with you 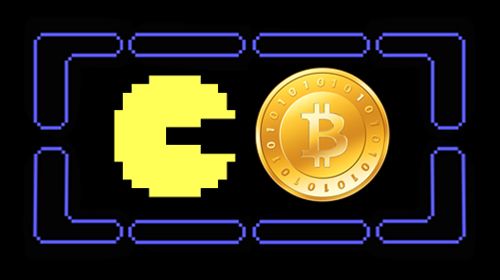 Bitcoin. You may have heard of it: a so-called virtual peer-to-peer currency system. It’s been billed alternately as the savior of the world from the hands of the banking system, the scourge of world governments, a monumental waste of energy resources, a privacy nightmare, and just plain dumb. But what the hell is it? Nobody knows. Let’s get started.

You have to admit there’s something exciting about a virtual currency system, but at the same time, that something just might be hype. There’s something vaguely “of Anonymous” to the whole deal—it might be revolutionary, but also could be a joke. It could be teenagers pretending they’re anarchist comic book heroes. The trouble is, it’s tough to tell for sure.

And yet, this is what we were promised from cyberspace, wasn’t it? This is the reality of Neuromancer and Snowcrash. Virtual currencies to spend in virtual shadow worlds, run by cryptopunks, comprising off-the-grid hacker economies. If you have a single sci-fi bone in your body, you are irresistibly turned-on by the idea of a fluctuating exchange rate between Second Life’s Liden Dollars and Bitcoin. Watching the numbers rise and fall on www.bitcoincharts.com is better than a Matrix screensaver, because it is somehow, possibly, maybe, happening in real life. This is the sort of radical stuff that is The Future we fantasized about, rather than oil shortages and housing surpluses.

Virtual technologies are becoming decidedly real. From cell phone augmented reality, to the broad range of Kinect motion-sensor hacks, to location-aware tech, it’s hard to tell what is virtual, what is real, and what is just made up. The virtual is real... but still, a different sort of real. As Gilles Deleuze wrote, “The virtual is opposed not to the real but to the actual. The virtual is fully real in so far as it is virtual.” We have more reality than ever, only some of it is virtual reality, and other elements are actual reality.

“Extreme virtual reality” seems to describe Bitcoin. Setting aside the functional import of a virtual currency for a moment, Bitcoin is quite real, and impressively so. The value of all Bitcoins in existence is around 105 million USD. Over 24.5 million USD in transactions take place every 24 hours. (My stats are as of June 13, 2011. For real-time statistics of all kinds, see the excellent site http://bitcoinwatch.com.) It is difficult to estimate the total computing power of the distributed Bitcoin network, but some vague guesses place it greater than the power of the world’s top 500 supercomputers... combined. This virtual reality might not mean a thing to most of us in our daily life of tweets and emails, blogs and new media. But it certainly is not nothing...