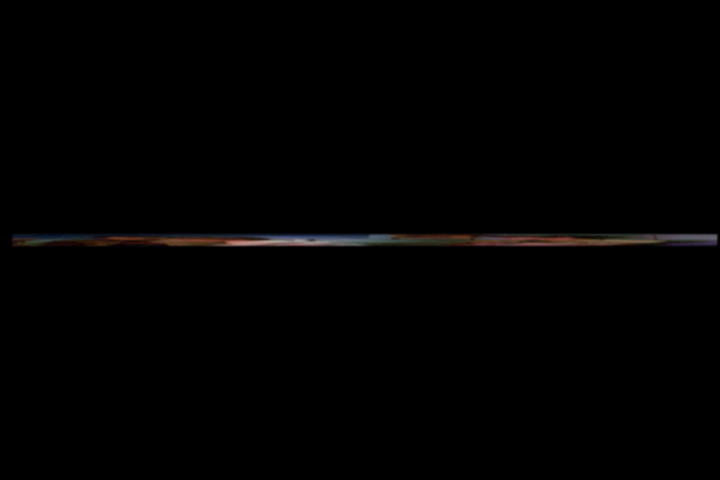 Transformer Fire (2008) originated online and was then translated to the gallery space for a show at artMovingProjects in Brooklyn. It generated a lot of interest in a past Rhizome blog post. Can you discuss this process of transforming a net art piece into the gallery space?

The Transformer Fire videos were originally posted on a group blog called Spirit Surfers, and the format of the blog limits the size, presentation, and bandwidth. So when I was preparing the video for the show, I optimized it for the screen that Aron would be using, rendering the videos in higher quality and in portrait orientation for a sideways monitor to better fit the vertically oriented stack of 5 videos, and I matched the resolution of the video to the monitor so I could control exactly how things were scaled.  The presentation was a bit cleaner and clearer than on the blog.

Your interest in making music led you to design an iPhone music sampler app, and then an app that is an artwork and a musical instrument. Do you follow the development of art apps? Do you think it could become a new distribution channel for art?

I've looked at some art apps, but personally I think games are the best art in the App Store. I think Cookie Dozer Thanksgiving is more visually and mechanically interesting than any art app I've seen. Maybe I'm missing the best art apps because I don't know how to find them. I think that I would be more inclined to say that apps could become a new medium for art rather than a channel. I can't think of a lot of existing art that could be distributed and viewed properly with an iPhone ...