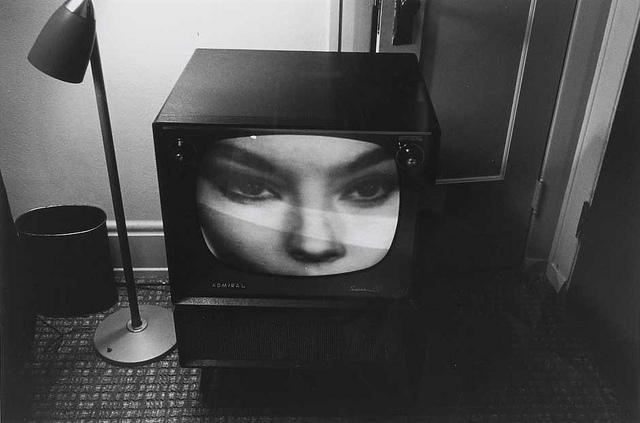 One important process-related issue with GSV images that end up as photographs on a gallery wall is this: they are not screen grabs, but photographs of a screen. Whether the camera was employed to enable more megapixels for large printing, or as part of the conceptual artistic process, images created by the GSV device and compressed for the web are transformed somehow, perhaps with the air between monitor and camera. This is especially true with Rickard’s work. Spending time at the gallery, I noticed myself switching from paying attention to jpeg artifacts and evidence of the source, to finding the right distance and appreciating the colors and Rickard’s compositions.

Photographs of screens with GSV scenes actually belong to a long tradition. How many families in America have taken photographs of the television? Of the moon landing, or the home team winning the World Series?

The transformation is similar to what Rickard and the others are exploiting: a fuzzy TV signal on a crappy TV that makes its way into a Pittsburgh home, but becomes something different when captured by a decent Nikon lens. The resulting photograph doesn’t just capture the content of the TV screen, but the person’s desire to capture what was on the screen. Today GSV is just as fleeting as the World Series was in the pre-VCR or DVR era. There’s no way to know when Google will update a location and remove a scene.

Robert Frank has a few television screens in The Americans, including one wonderful photo inside a television studio. Along with the insane pile of cables, at the same time the photograph shows both how ...

Rhizome's 15th anniversary benefit last week was a great success - thank you so much to everyone who attended and showed their support. All photos below by Guest of a Guest unless otherwise noted. 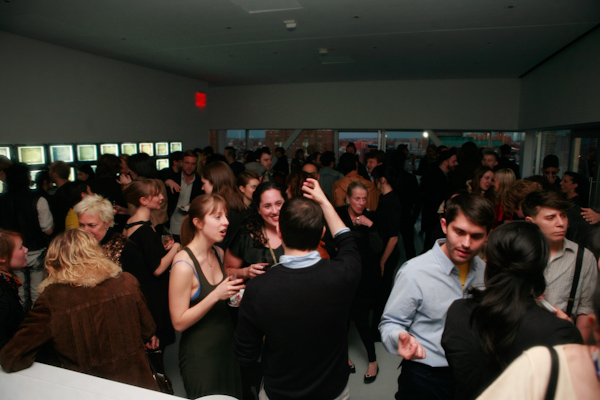 Shot of the crowd 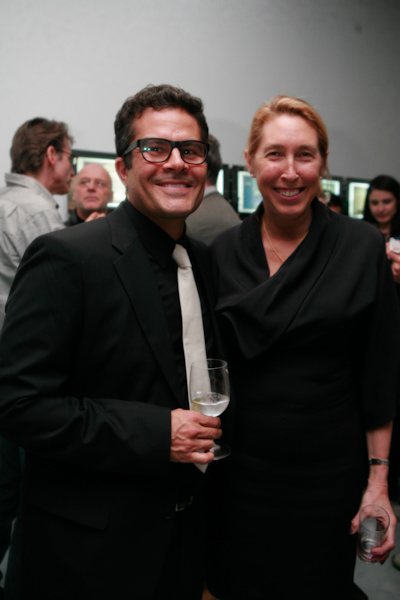 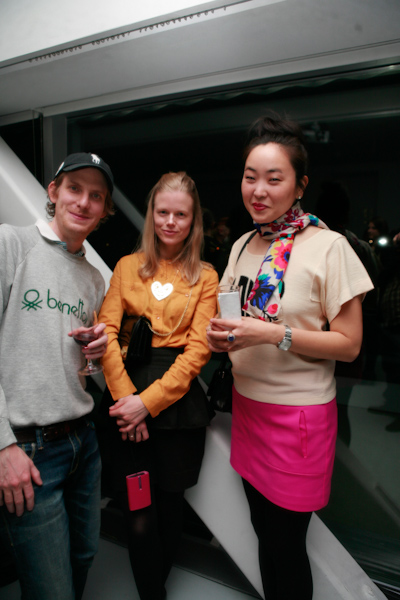 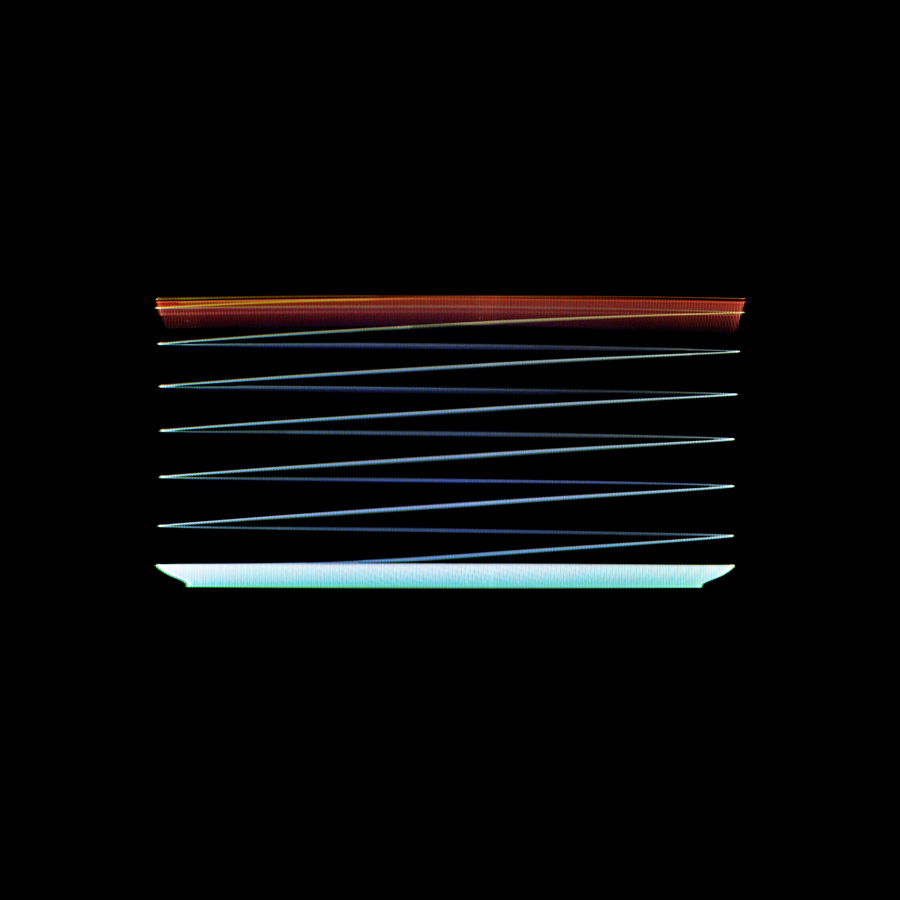 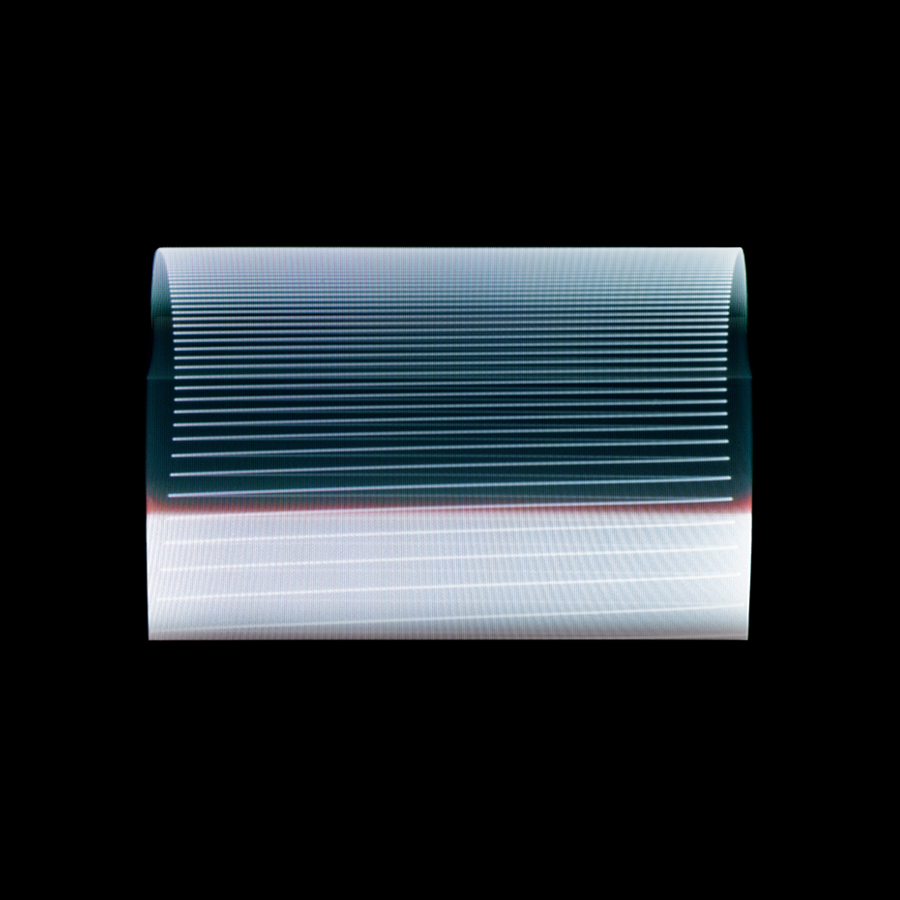 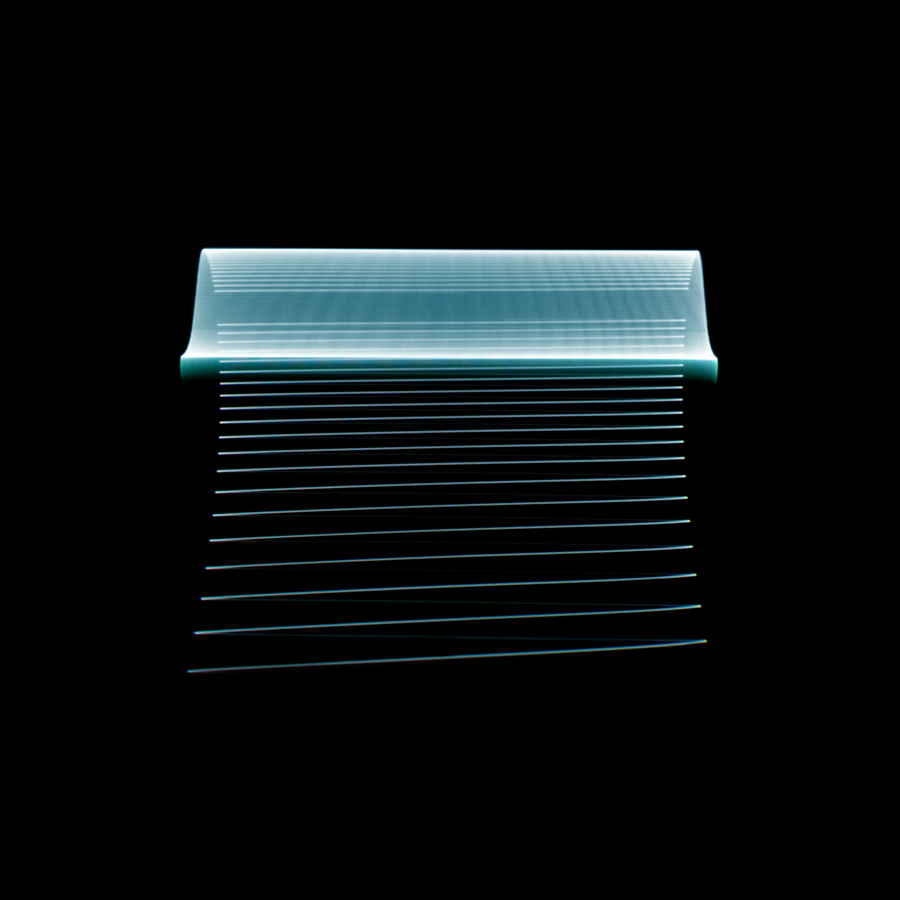 Originally via today and tomorrow and iGNANT 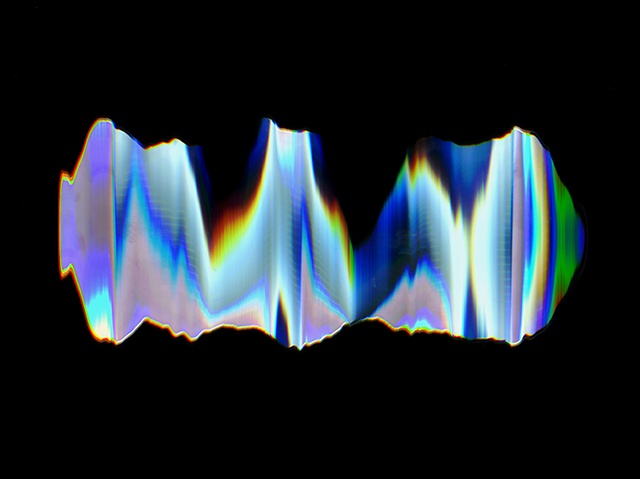 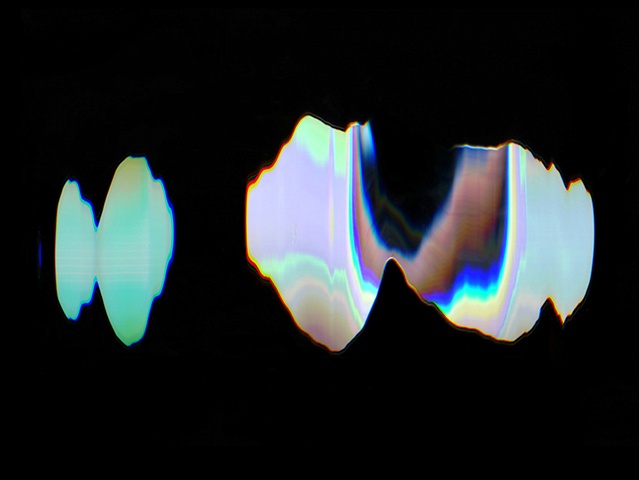 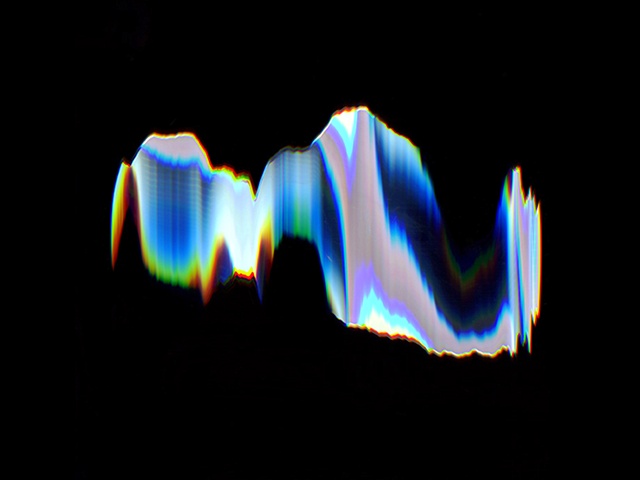 Scan began as a creative diversion, but has since become a full-on fixation. I find objects with an interesting combination of surface characteristics, and create compositions by moving them over my scanner bed . Much like darkroom experimentation using burning and dodging, or the placement of objects directly onto the photographic paper's surface to create photograms, each exposure represents a choreographed movement, a moment in time captured on a two-dimensional surface. By using trial and error, I reintroduce the possibility of happy accidents into the sterile and precise process of digital imaging. I have worked my way through a collection of scannable curios, from paper grids and greyscales to lights and reflective materials. I am now focusing on CD's and DVD's, thereby introducing a digital storage medium back into the scanning process.

Originally via TRIANGULATION BLOG and but does it float 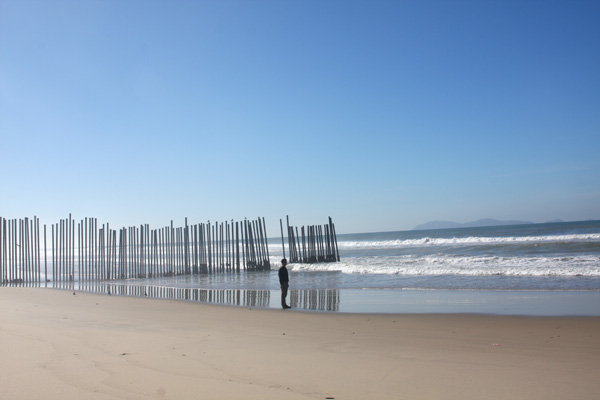 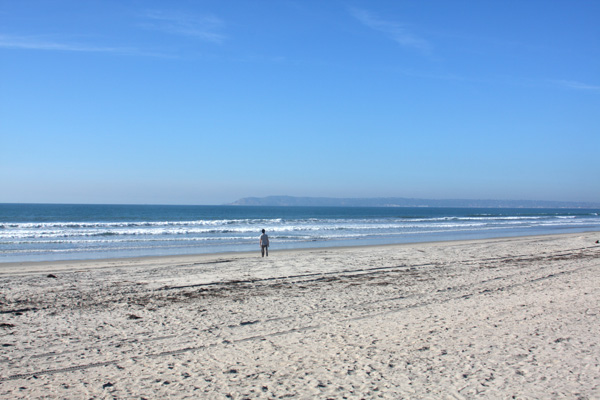 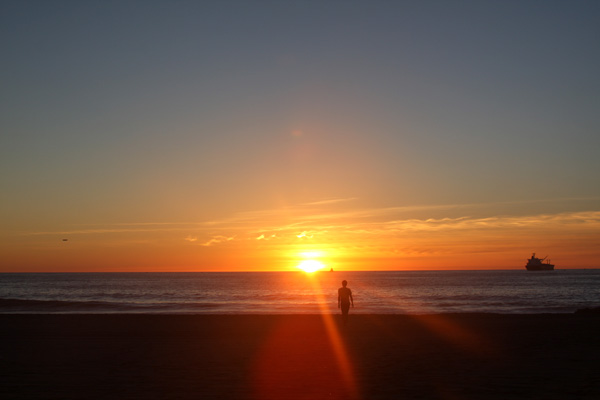 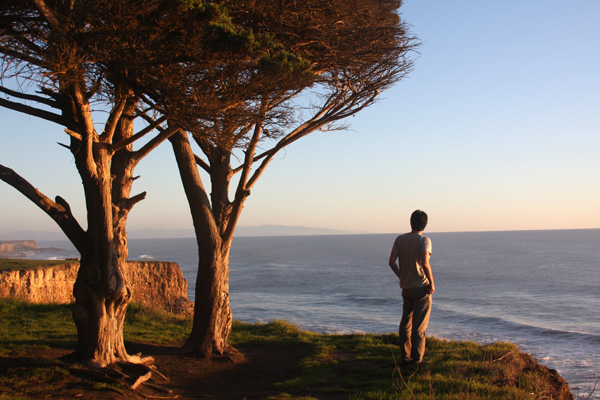 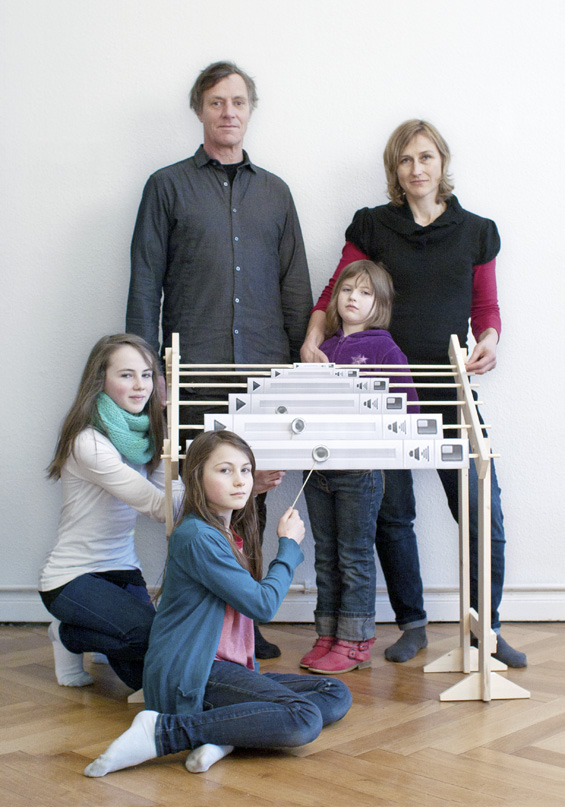 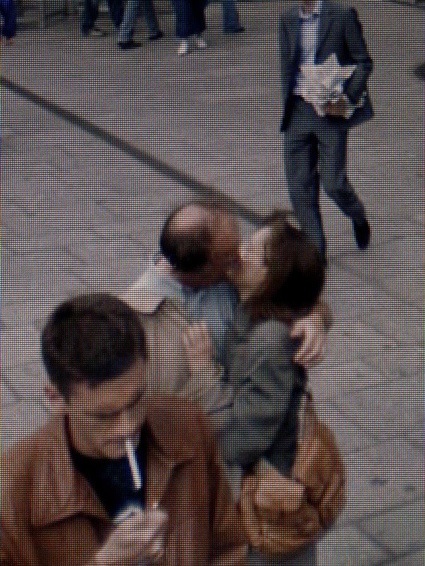 From the series Paris Street View.
Originally via we make money not art 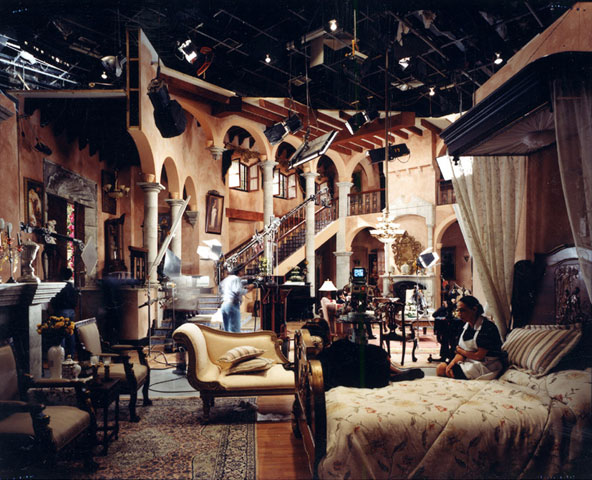 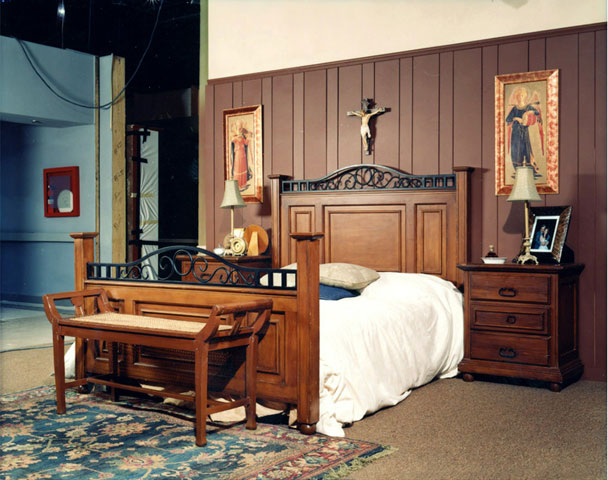 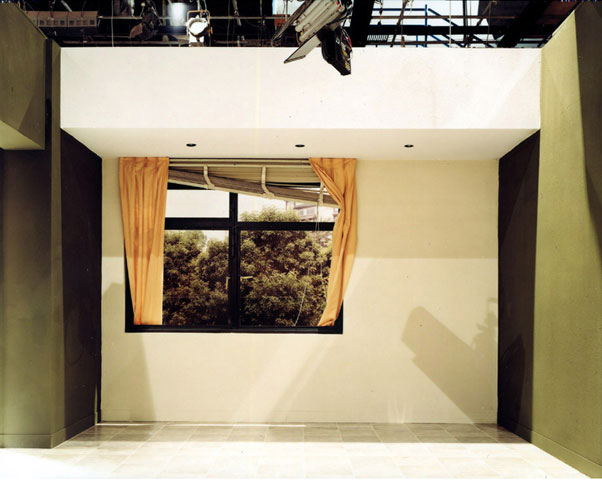 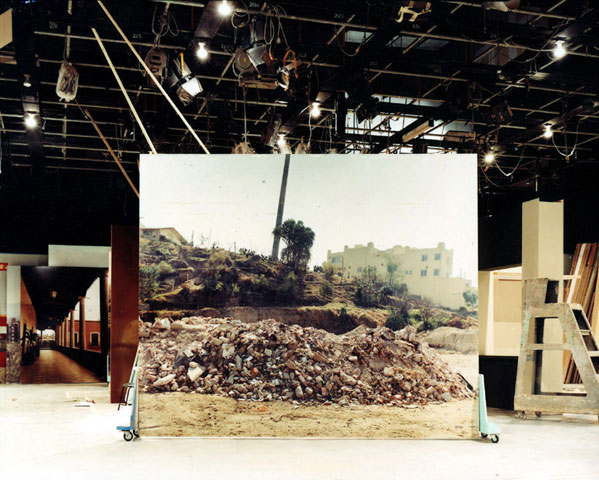 Backdrops and sets used in the Televisa studios in Mexico City for use in telenovelas. From the photo series "The Factory of Dreams" which documents the production of telenovelas.

Originally via i heart photograph

Storefront for Art and Architecture Archive 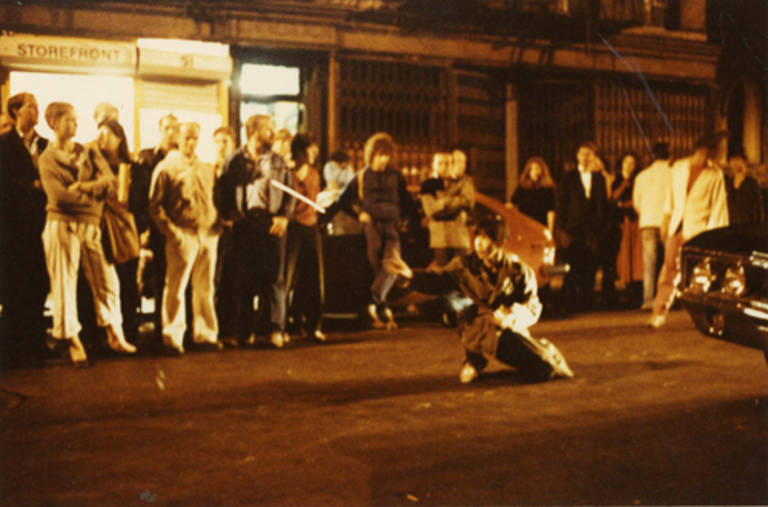 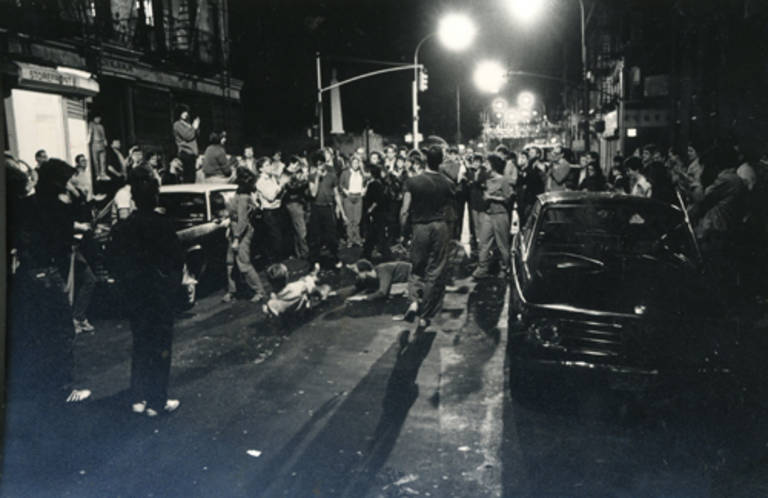 Thanks to iheartphotograph, I just discovered the online archive of downtown non-profit art space the Storefront for Art and Architecture. Founded in 1982, their programming examines the intersections between architecture, design and art. The archive provides press releases from previous exhibitions and scans of printed documents from those shows, as well as photo documentation. Very cool!