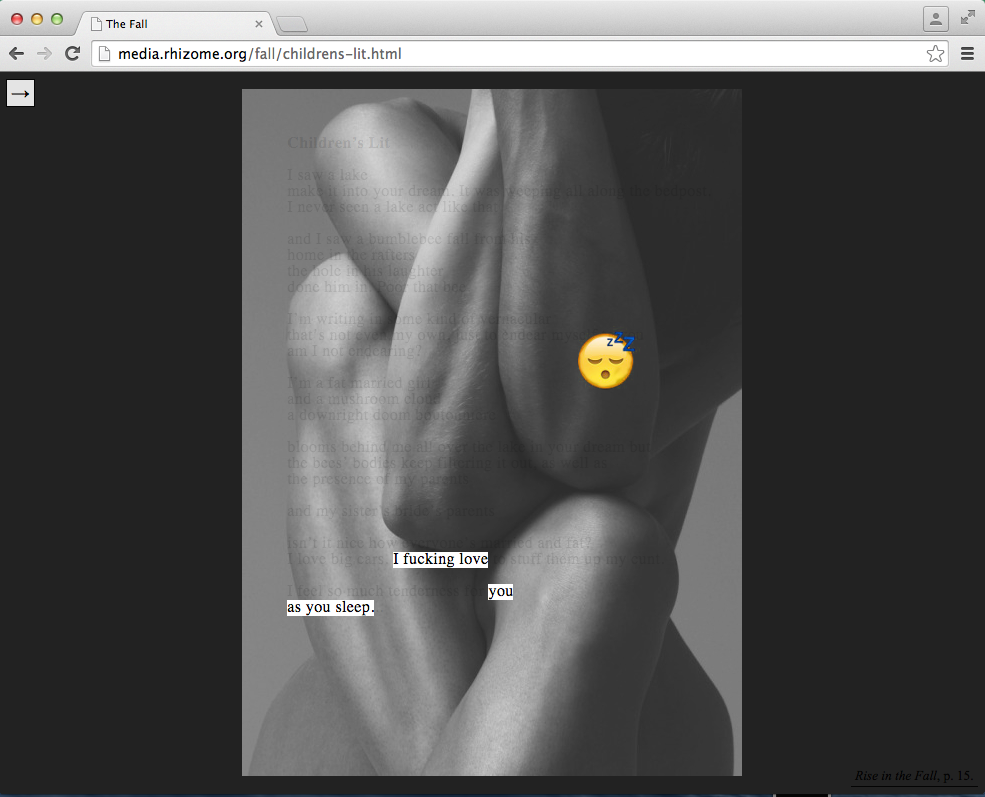 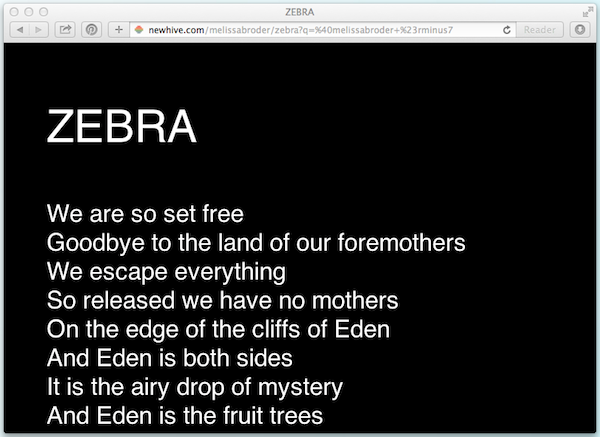 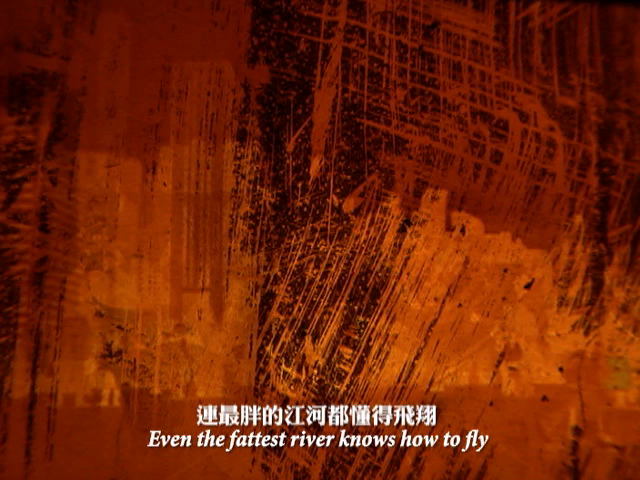 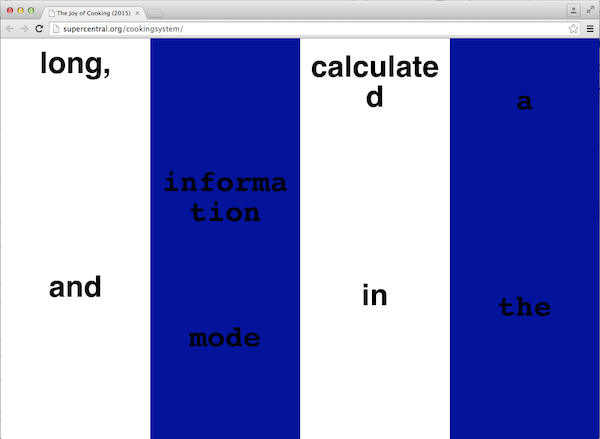 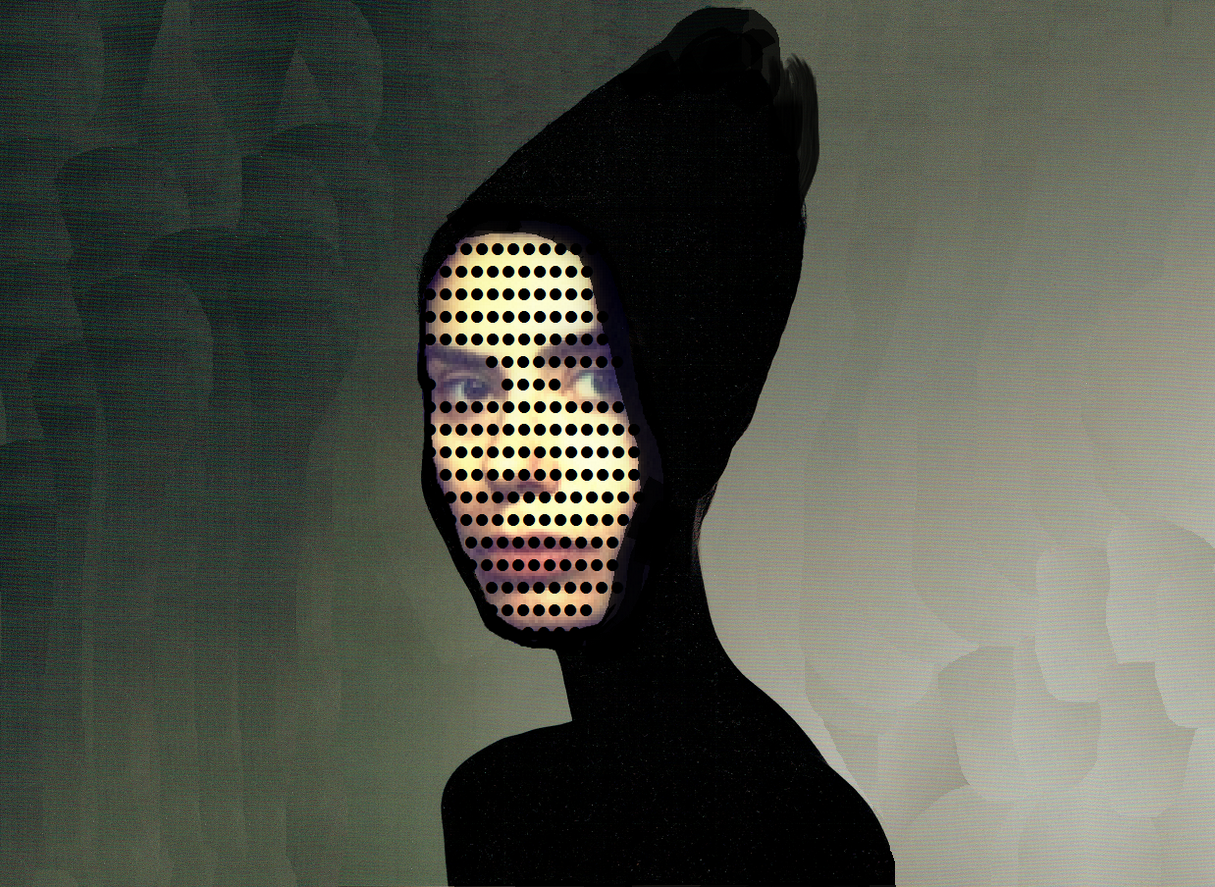 Penny Goring, DELETIA – self portrait with no self, 2015 (screenshot). Web-based poem with audio and video. Courtesy the artist.

DELETIA – self portrait with no self (2015) is a seventy-plus-page epic created on the web platform NewHive that includes, among other things, an original font produced by Goring named "Hell Lobster"—a mix of Helvetica and lobster.

This is the second of six new works released as part of the online exhibition "Poetry as Practice," which considers online poetry as a bodily, social and material process. Last week, the exhibition began with Alex Turgeon's Better Homes and Gardens Revisited; it continues next week with work by Tan Lin. 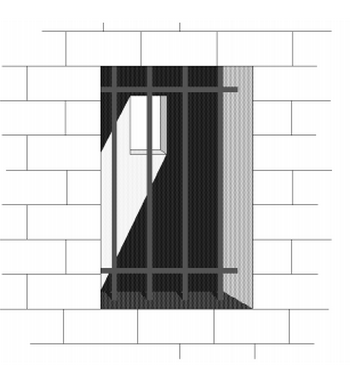