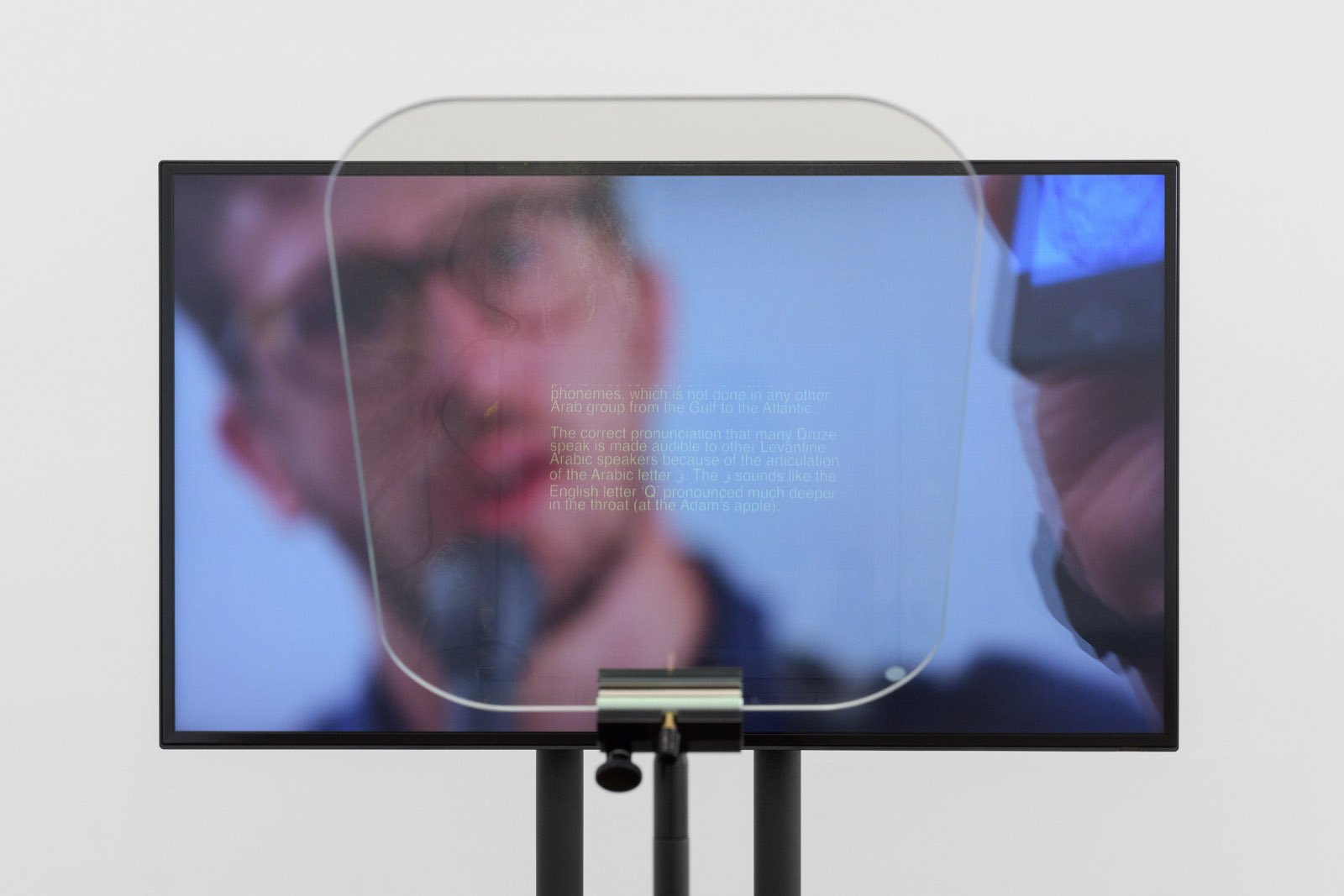 Your current solo exhibition "تقيه (Taqiyya)–The Right to Duplicity" in St. Gallen brings together recent works exploring the ways in which "enforced expression" is manifest in contemporary society. Contra Diction (Speech Against Itself) (2014) focuses on the (apparent) forced conversion of a group of Syrian Druze—a Levantine cultural minority who practice an esoteric religion which incorporates aspects of Islam but which is considered "heretical" by Islamic purists—by Jabhat al-Nusra. You cite the doctrine of Taqiyya—a feature of Islamic jurisprudence which you compare to the concept of diplomatic immunity—as underlying the apparent ease of the conversion: i.e. that the Druze were expressing Taqiyya as a means of resisting their conversion rather than cooperating with it. A number of your works explore this tension between verbal expression and "truth". Could you speak a bit about your views regarding such "sonic geographies" as contested spaces?

Contra Diction (Speech Against itself) focuses on the event you spoke about because it is a very fleeting moment where Taqiyya raises its head, and people start to make claims about whether this is Taqiyya or not. It’s not really in line with the work or what I’m interested in to make any claim that this was a forced conversion, or that this use of Taqiyya was a strategy in order to avoid converting by employing stealth, or to make a conversion that saves face. Taqiyya is very difficult to talk about because it’s essentially about the right to lie; because of its proximity to lying, it becomes very difficult to place or to make any direct assertions about. That is very interesting not because of its use in this event in particular, but as a way to take a legal right to speech like Taqiyya and have it stand shoulder to shoulder with more conventional ways in which speech is governed in society, like the right to silence and freedom of speech. I find that quite urgent—as can be seen in a number of my works—we’re living in a kind of "post freedom of speech" society.