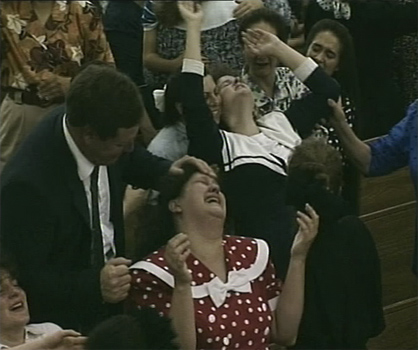 It's interesting to think of the correlations between religion and reproduction. From illuminated manuscripts to the Guttenberg Bible, sacred texts have pushed reproductive techniques forward. Electronic media have only entrenched the scenario: Televangelism, holy-rolling web rings, and spiritual podcasts might put the script in scripture, but they have also led to what some are seeing as a revival in spiritualism among online consumers, er, believers. In Karlsruhe, Germany, new media place of worship ZKM has mounted an exhibition entitled Medium Religion, which is focused on what happens when religious faith moves "from the private sphere of personal belief out into the public sphere of visual communication." The works they've included--by artists Christoph Büchel, Paul Chan, Wim Delvoye, Valie Export, Omer Fast, Boris Groys, Vitaly Komar, Beryl Korot and Steve Reich, robotlab, and many others--consider the role of images in broadcasting ideology and the structure of mass media's discourse networks. While looking at the link between world views and worldwide transmissions, the show also raises the question of what happens to "minority faiths" and how they weather a ratings or hit-driven communication economy. In addition to the many art projects included, the show features a number of "documentary installations" that provide evidence of spiritual transmissions' popularity, ranging from a roundup of Osama Bin Laden's video messages to episodes of Paul Eugene's Gospel Aerobics. But that raises another question... If the body is a temple, what would god make of the new flesh? - Marisa Olson 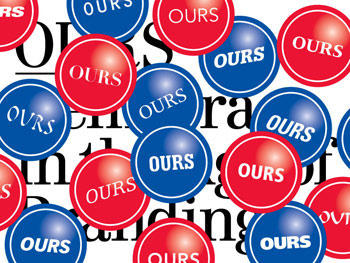 Rhizome's Curator-at-Large and Staff Writer Marisa Olson recently curated the online segment of the exhibition "OURS: Democracy in the Age of Branding," which is currently on view in New York City at Parsons' Anna-Maria and Stephen Kellen Gallery at the Sheila C. Johnson Design Center. The exhibition, on a whole, looks at how democracy has become situated as a consumer brand in order to disseminate American values worldwide. The online portion of the show specifically examines subversive strategies emergent from network culture, and how these methods may produce and disseminate ideas that may work against the sway of branding. In light of the recent success of Barack Obama's campaign for presidency, largely due to Web-based grassroots organizing, the scope of "OURS: Democracy in the Age of Branding" seems to take on a whole new significance. Given this backdrop, I wanted to speak with Marisa about some of the fundamental questions asked by the exhibition. - Ceci Moss

Many of the projects in the online portion of "OURS: Democracy in the Age of Branding" are a direct response to the troublesome policies of the Bush Administration, whether it be the divisive rhetoric of "Us" vs. "Them" as seen in Steve Lambert's WhyTheyHate.US or war propaganda as in Joseph DeLappe's Dead-In-Iraq. Now that Obama has been elected president, do you think the tone of politically minded art will change? Working on this show, do you have any sense of what that change might be?

It's funny, a lot of people have been asking me this. One person asked me if there's no longer a need for activist art. Of course there is! I think there's a sense of relief and excitement about Obama's election, but I think things will only gain momentum. What's ... 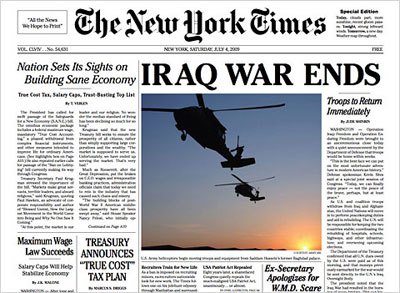 Taking the train to class this morning, I had a somewhat curious encounter. A man standing next to me held up a NY Times paper with the headline IRAQ WAR ENDS. Having read the NY Times that morning, I knew that this was not the day's headlines, and over the course of the entire ride, I kept quizzically peeking over at his paper in an effort to figure it out. He held the paper up in such a performative way, that I sensed something was askew. As I walked from the subway, I checked my phone and read, in a mass email from artist Joseph DeLappe, that a group of artists had created a spoof version of today's times announcing an end to the Iraq War, and distributed it around New York City. Brilliant. And so perfectly serendipitous. You can view a website for the project here.

UPDATE: A number of artists organized the prank, including Rhizome-commissioned artist Steve Lambert, The Yes Men, the Anti-Advertising Agency, CODEPINK, United for Peace and Justice, Not An Alternative, May First/People Link, Improv Everywhere, Evil Twin, and Cultures of Resistance.

Today marks a new era for American politics and for international relationships. But before we move forward, I suggest we look back to art produced during the Bush administration. Over the past eight years, media artists have sought to subvert and interrogate the policies and machinations of this administration from a myriad of perspectives. A quick jaunt through Rhizome's Artbase reveals this trajectory. In this post, I selected a few my favorite "Bush-era" projects from the ArtBase in order to situate where we're coming from, but also to remind everyone that democracy is an ongoing project, and that the years to come will require the same degree of engagement.

Artist's statement: ASCII BUSH is an ascii video rendition of two State of the Union addresses one delivered by George W. Bush on January 12, 2003 (just before the current Iraqi war); the other by his father, George H.W. Bush, on March 6, 1991 (right after Operation Desert Storm).

The basic goal of this project is to make art from the debris of our culture by recycling these dreadful and painfully long presidential oration. The speeches are not edited—just digitally filtered. And like I said, they are very lengthy. ASCII BUSH is definitely boring enough to be interesting!!!

Artist's statement: at bushSpeech.org you can create a speech for george w. bush. make him say the things you always wanted him to say. as in real life, he just says what others tell him to. now it is your turn. you don ...

Artist's statement: Aggregating - daily - the front pages of all printed national newspapers from around the world into one place. (Currently includes 618 titles).

Paul Virilio on the Financial Crisis 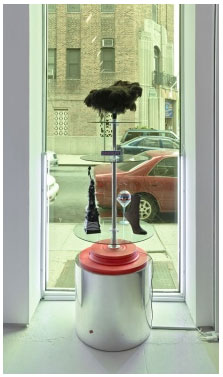 Last week Le Monde published an interview with philosopher Paul Virilio, conducted by Gérard Courtois and Michel Guerrin, where he discusses his viewpoints on the recent global financial crisis within the greater framework of his theories concerning speed, technological progress, and accidents. A translation of this interview is now available in English. See below for a few excerpts.

For thirty years now, the phenomenon of History accelerating has been negated, together with the fact that this acceleration has been the prime cause of the proliferation of major accidents. Freud said it, speaking of death: "accumulation snuffs out the perception of contingency". Contingency is the key word here. These accidents are not contingent occurrences. For the time being, the prevalent opinion is that researching the crash of the stock exchange as a political and economic issue and in terms of its social consequences is adequate enough. But it is impossible to understand what is going on if one does not implement a (policy based on the) political economy of speed, the speed that technological progress engenders, and if one does not link (this policy) to the 'accidental' character of History...

The crash is not the Black Death, there haven't been millions of victims, and it's not the 11th of September either. We are not talking death here, save maybe a few suicides. The victims are somewhere else to be found.

Where did the current crisis stem from? the answer is: subprime ... 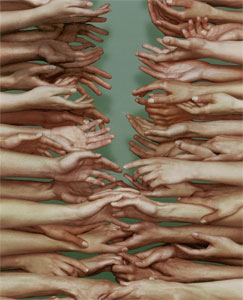 "Optimism,", the newest exhibition organized by independent curator Michael Connor takes on the not-so-small task of exploring "the dreams and realities of making progress and changing the world." As everything seems to be crashing all around us, it can be hard--and even risky--to maintain a glass-half-full attitude toward things. Even more challenging is the prospect of making political art that doesn't simply aestheticize politics or that actually makes an impact, rather than simply preaching to the choir of those who already share the artist's beliefs. The work of Becca Albee, Ghana Thinktank Collaborative (John Ewing, Matey Odonkor & Christopher Robbins), Matt Keegan, Zoe Leonard, Tara Mateik, Walid Raad, and Paul Shambroom fleshes-out this tricky conundrum while offering productive and hopeful gestures. The common factor in their work is a frank assessment of a situation and an informed, if humble move to take matters into their own hands--an act which implies a belief in the possibility of change. At times these efforts manifest in almost humorous explorations of failure and impossibility, while at other times they are more explicitly activist and/or hopeful. The exhibit is on view at the Westport Arts Center through November 30th, effectively meaning that it will continue even after the current presidential campaigns hinging on the prospect of change have ceased. While the notion of optimism is often dismissed as Pollyanna, Connor says the show offers an alternate take on the concept, laying out strategies for proactive political engagement and means of future-improving. He suggests, "The glass is not yet half-full, but it will be, once the wine is poured." - Marisa Olson

Image: Matt Keegan, Without touch, we can't connect. Without skin, we can't touch, 2008 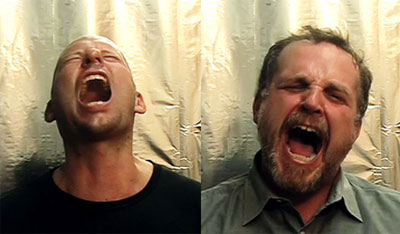