As leading international festivals for art and digital culture as well as adventurous music and related visual arts, respectively, transmediale and club transmediale are calling for submissions to the transmediale Award competition and the Vilem Flusser Theory Award.

For the 2009 edition, the festivals have each set a specific thematic focus.

transmediale.09 - DEEP NORTH peers beyond the evolving alarmist scenarios of catastrophe prevalent in the often contradictory global warming debate. transmediale.09 shifts this focus to the global artistic, cultural, societal and philosophical consequences that the presumed imminent collapse of the polar ice barrier may trigger. Are we about to reach another historically succinct moment of unavoidable and cataclysmic change - a point of no return leaving in its wake uncontrollable global transformations? Does climate change elicit cultural change, a shifting of extremes or a collapse in established, systemic and network norms? DEEP NORTH becomes not a fixed location, but a paradigm transforming loss, scarcity, inertia and rivalry into urgent and revealing states of being and expression.

With STRUCTURES - Backing-Up Independent Audio-Visual Cultures, club transmediale.09 presents projects that spring from the critical, interdisciplinary and experimental practice at the intersections of sound and other art forms. In recent years, a new breed of hybrid projects and initiatives that merges experimental audio and media cultures has developed in the convergence-zone between pop culture, science, arts and media technologies.

This still remains primarily the domain of committed individuals and small, self-organised groups or networks that, often in the most precarious of circumstances, provide the supporting platform for these new artistic articulations and experiments ...

Originally posted on Networked_Performance by jo

I first encountered the writing of Alex Munt while doing research for a post on David Lynch last summer. While googling various ephemera related to Lynch's recent work I came across the article Inland Empire: The Cinema in Trouble?, which stopped me dead in my tracks. This text, which Munt penned for Flow TV, is indicative of his dynamic reading of cinema and related analysis of emerging methods of production and distribution. Alex is a Lecturer in the Media Department at Macquarie University (in Australia) and his focus is on digital low-budget cinema and new directions in screenwriting and feature filmmaking. Alex and I have been emailing back and forth for the last several weeks and the transcript that follows provides a fascinating window into his research.

One of the most recognizable characteristics of your writing about film is that you spend quite a bit of time "off the screen" addressing new means of distribution (i.e. youtube) and production techniques (i.e. pro-am gear). A binary that turns up in your Feature Film: A 'You Tube Narrative Model' article is the divide between 'Elite Digital' and 'Democratic Digital'. Could you discuss the difference between these paradigms and speculate as to what commercial cinema can learn from Youtube? 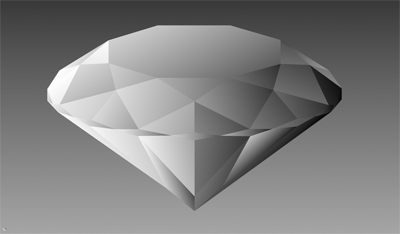 "Animal Mimicry and the Media of Reconnaissance"

a lecture by Hanna Rose Shell

This event, a talk and "stencil making exercise", examines the work of artist, naturalist and media innovator Abbott H. Thayer (1849-1921). Through an analysis of his work, the talk explores the mixed-media foundations of modern camouflage. Protective coloration in nature motivated Thayer's media experiments in science and illusion, concealment and revelation. In 1896, he first articulated his laws of "obliterative coloration" and "disruptive patterning," thereby initiating a debate among natural historians, psychologists, representational artists and militarists. Over the next fifteen years, Thayer attempted scientific proof of his laws through the production, dissemination, and demonstration of three-dimensional models and stencils. He incorporated media (including photographs, films, skins, textiles and paints) into interactive collages and installations as part of an effort to articulate a science and practice of protective concealment.

Hanna Rose Shell's talk is based on her book HIDE AND SEEK (Zone Books, forthcoming) that articulates how, why and to what effect camouflage emerged in the twentieth century. It was coined as a word and implemented as set of linked scientific theories, media practices and formulations of identity based on media interactivity and immersion into nature.

A line written by Paul Simon for Leonard Bernstein's Mass (1971).

A screening of activism-oriented video, performance documentation, and new media from 2004.


As the race to the White House consumes our nation's collective attention, let's take a look back to the 2004 election and celebrate the unique spirit of that year when the art world in New York and across the country took up the mantle of this country's great activist tradition.

Many artists who make political work do so regardless of their calendars, but the high stakes of '04 yielded contexts for agit-prop art and performance unseen since the late 1960s. Initiatives like Downtown for Democracy and the Imagine Festival united New York's artist communities against the Bush administration as the RNC rolled into town. The Internet matured as a critical venue for countercultural action in attempts to revise standard models of protest. Audiences and critics, eager to experience their own distaste for the current state of affairs distilled into forms of art and entertainment, gave greater voice to explicitly political work. Guerrilla theater filled the streets at every opportunity for nose-thumbing, resulting in countless arrests, while cellphone cameras rolled to create a new kind of folk-documentary. Culture and politics collided in vivid and memorable fashion.

This collection of work from four years ago offers itself as something of a time capsule, although not enough time has passed for true nostalgia to set in. Yet the 2008 election is playing itself out very differently than its predecessor. Without a concrete enemy to inspire rage, Americans--artists included--seem to be placing their faith in the system ...

all dogs go to heaven

TATE (UK): Helen Thorington contributes a feature article on the evolving context for sound and radio practice, exploring networked media, participatory platforms and the sonification of every-day objects. An introduction to a series of Radio Art including recent work by Christof Migone and Sarah Washington.

"What is Radio Art? Radio art had a special meaning to those who created it in the US during the Eighties and Nineties. From the most complex hi-tech studio productions to the raw energy of live and interactive broadcasts, these artists were predominantly engaged with subverting media conventions by presenting something other than familiar radio forms.

Thus while the work might use journalistic devices or dramatic conventions, it was neither journalism, nor drama; it wasn't music either though it might be composed entirely of non-textual sound. American radio art was a vast array of different forms that recognised radio's distinct means and parameters, and at the same time, its creative possibilities, how it might challenge existing social and cultural norms and create/fashion new ones" Continue Reading Radio, Art, Life: New Contexts by Helen Thorington, Tate Intermedia Art, May 2008.


As many New Yorkers ready for the annual ritual of summer travel, Eyebeam presents Tourists and Travelers, an art exhibition resulting from Taeyoon Choi and Joseph DeLappe's 2007-08 residencies at Eyebeam. The show features an unlikely pair of projects that reflect the artists' interests in journeys across real and virtual spaces: a Second Life avatar modeled on Mahatma Gandhi and a tourist-chasing, robotic duck. Choi, from Seoul, Korea, and DeLappe, from Reno, Nevada, both traveled to New York City for their residencies as recipients of Eyebeam's inaugural Commission for Resident Artists. The Tourists and Travelers exhibition is free and open to the public, and will be on view June 21 - July 19, 2008.

Originally posted on bevel and boss by Rhizome