12:17 A video welcome from Mayor Bloomberg: technology and art are vital to the city's fabric and "best of luck to all of the contributors."

12:19 HTC's Scott Croyle speaks: it's the journey that drives him; the construct of artists and technologists coming up w/ an idea and presenting them today exemplifies that journey. He introduces Lauren Cornell, Executive Director of Rhizome. She presents Rhizome's context as "all contemporary art that engages technology," and a broad conversation between art and tech that has grown since the mid-90s. She juxtaposes that context with a summary of E.A.T.'s 9 evenings in 1966 (performances and music by Rauschenberg, Rainer, Cage), a time when engineers and artists seemed much farther apart.

She recounts a conversation w/ a technologist this year who was excited about not creating a product and an artist who wanted "to create a hot start-up."  Presentations to follow on what these teams came up w/in a day.  Lauren ends by thanking the people, corporations, and organizations involved in making Seven on Seven happen, and introducing Douglas Rushkoff, the keynote speaker.

12:27 Douglas: an artsier Apple = an Apple less open for artistic intervention. Anyway, he's happy to play around w/ the HTC phone he received. He recalls joining the geeks (those who tended to turn sharp corners while walking in straight lines) in 1976 as an artsy theater guy to try programming, but "using computer science to solve mathematical problems" wasn't enough of a motivation to really get him hooked or to understand programming's scope. Being in California in the late 70s introduced him to the artier, psychedelic, hard-core math/computer science folks in ...

Early Bird tickets to Rhizome Seven on Seven Conference are available now for just $75 - 30% off the VIP Conference ticket price! This limited time offer last until April 2nd. Get yours today!

Technologists participating in this year's conference represent some of the most influential technologists working today; they are: Jeremy Ashkenas, Blaine Cook, Michael Herf, Marissa Mayer, Aaron Swartz, Khoi Vinh and Anthony Volodkin. The artists participating in Seven on Seven are similarly impactful and working in a range of mediums from dance, to film, to installation to web-based projects; they are: Aram Bartholl, Xavier Cha, LaToya Ruby Frazier, Naeem Mohaiemen Jon Rafman, Taryn Simon and Stephanie Syjuco.

Seven on Seven will take place Saturday, April 14th from noon-6pm at the New Museum.

Learn more about the participants on the Seven on Seven website or purchase your tickets now.

HTC is proud to present the third annual Rhizome Seven on Seven Conference. Seven on Seven will pair seven leading artists with seven influential technologists in teams of two, and challenges them to develop something new --be it an application, social media, artwork, product, or whatever they imagine-- over the course of a single day. The seven teams will work together at locations around New York City on Friday, April 13th and then unveil their ideas at a not to be missed, one-day event at the New Museum on April 14th, 2012 from 12-6pm.

More information about this year's participants and past conferences here.

Seven on Seven 2012 is presented by HTC and organized by Rhizome. The following Conference Partners collaborated to help produce the event: eBay, Knoll, RRE, betaworks and Wieden + Kennedy. We would like to thank our media partner New York Magazine and the Standard Hotel for their hospitality.

Pictures from Seven on Seven 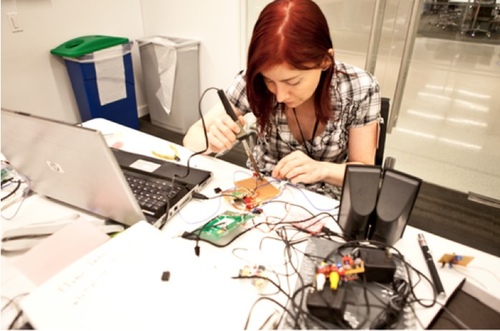 More photos of Seven on Seven!

One of the participants in Seven on Seven, Matt Mullenweg, took some nice shots of last weekend's event. We thought we'd share some of them here, below. Thanks to Matt for letting us reblog them! 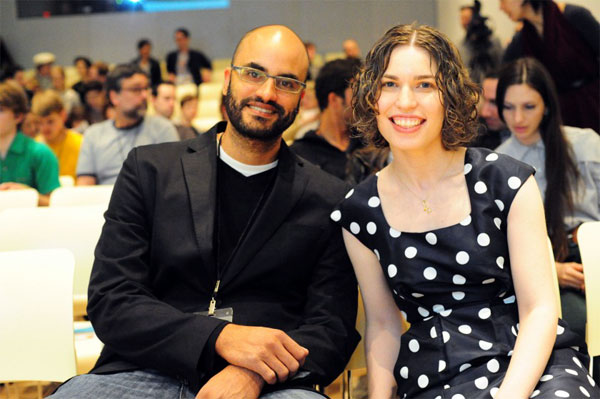 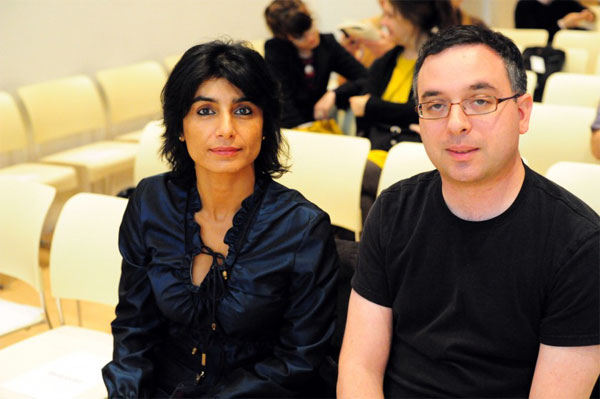 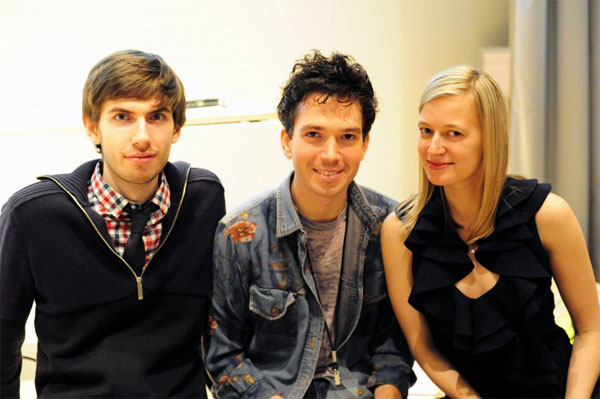 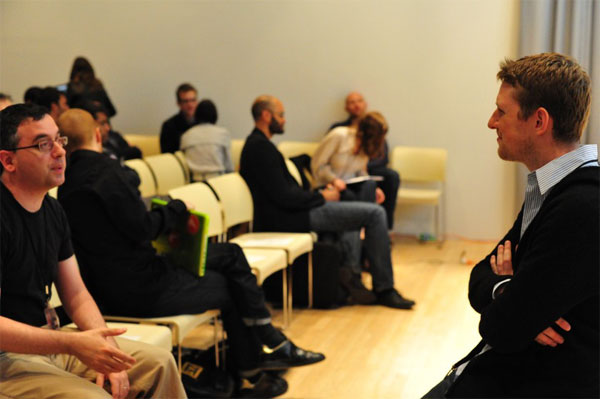 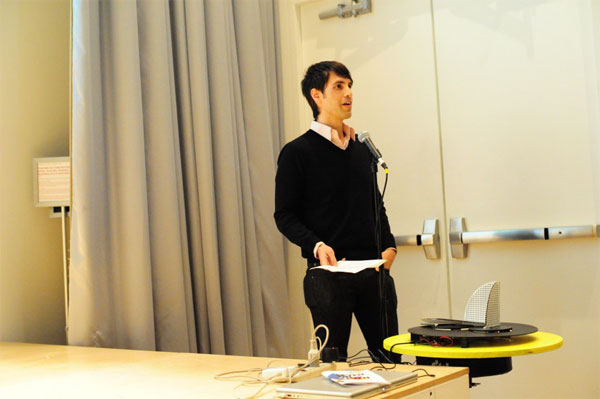 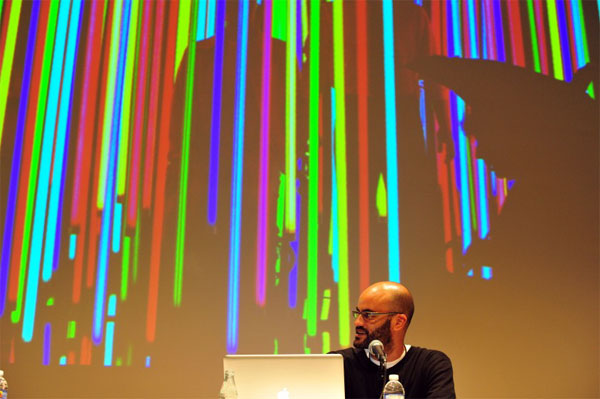 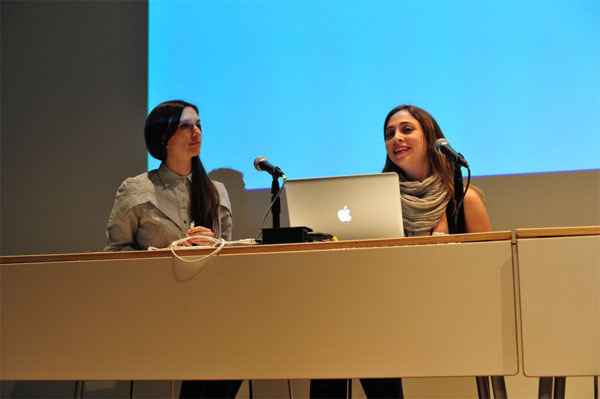 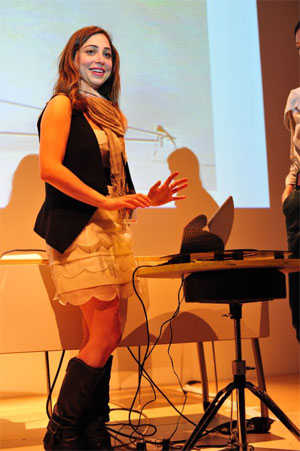 Photos of Rhizome's Seven on Seven

Our one day conference on Saturday, Seven on Seven, was packed with provocative ideas, projects and conversation, thanks to the 14 participating artists and technologists! We snapped some shots of the initial working groups, presentations, and more. Thank you so much again to everyone involved and our sponsors. (Note: We will post video from the event soon!) 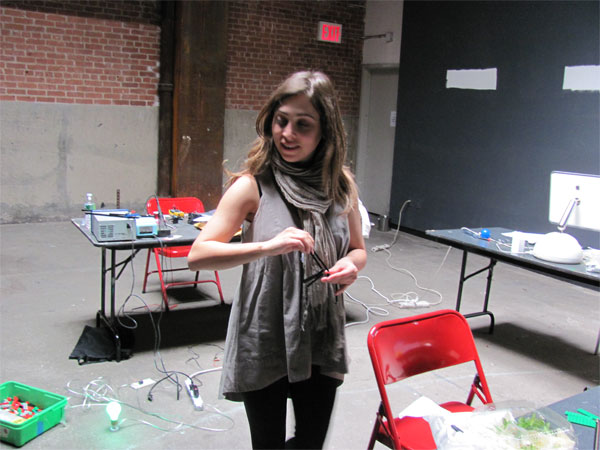 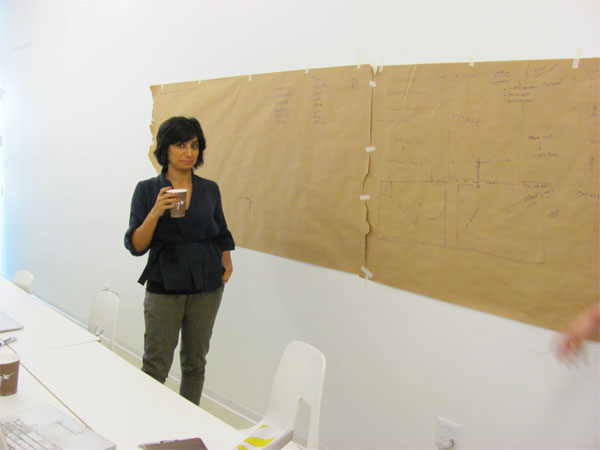 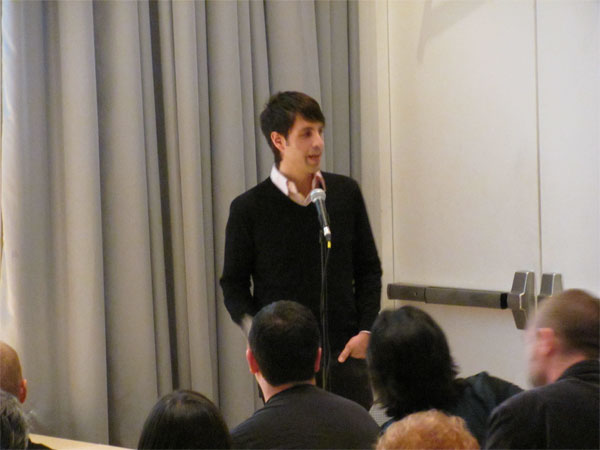 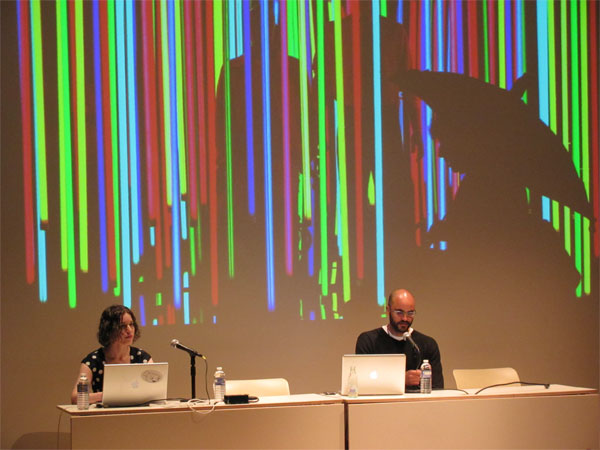 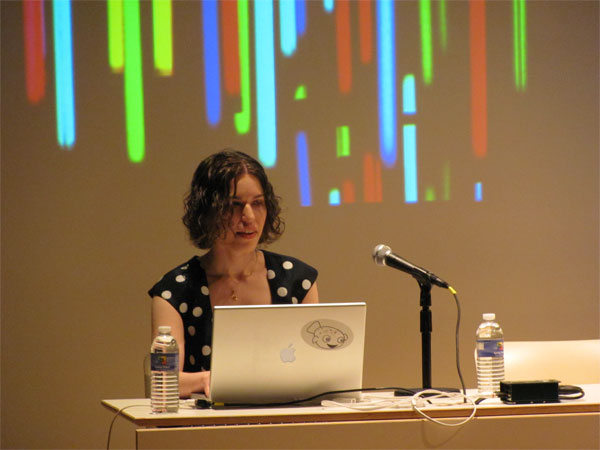 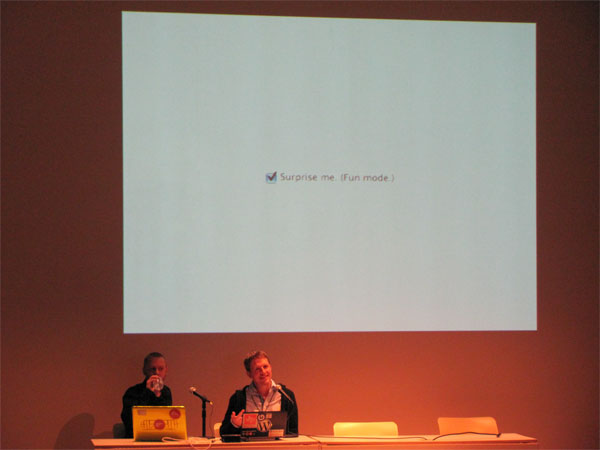 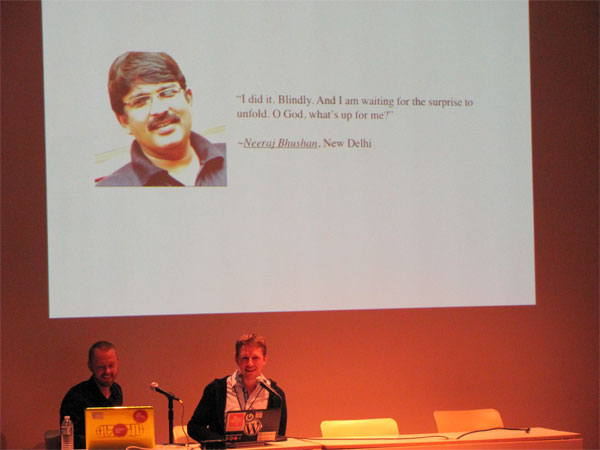 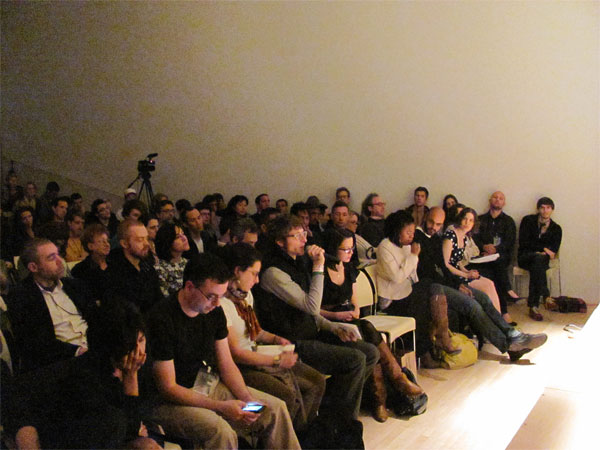 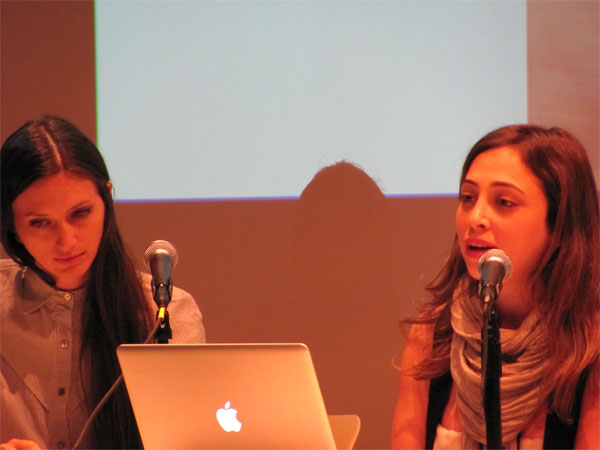 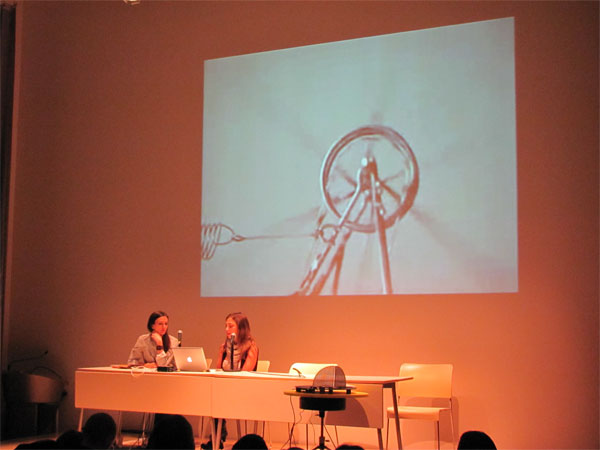 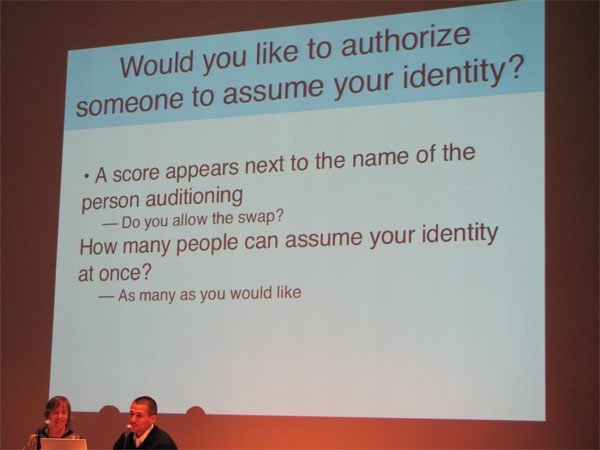 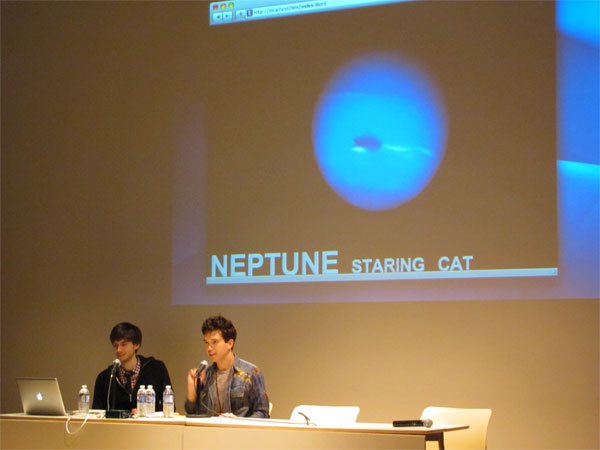 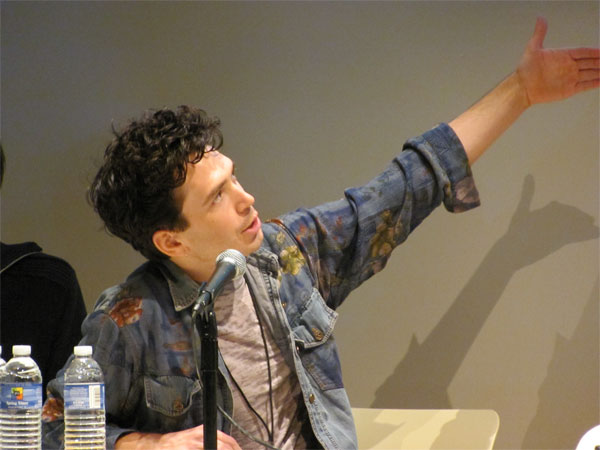 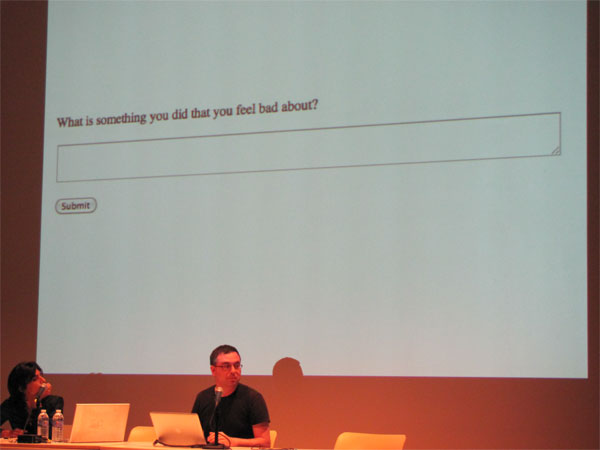 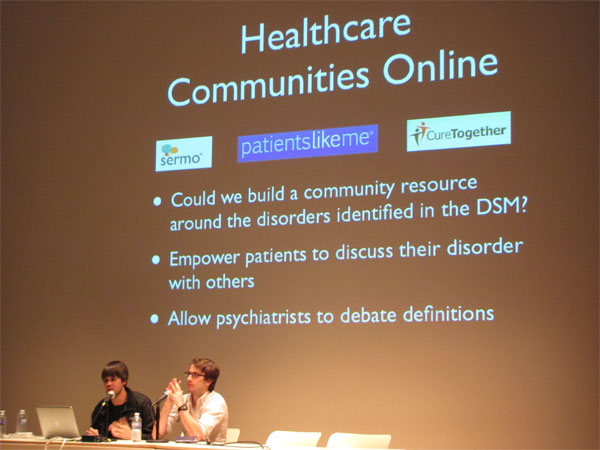