Speaking in Blobjects: A Conversation with Katherine Isbister and Rainey Straus 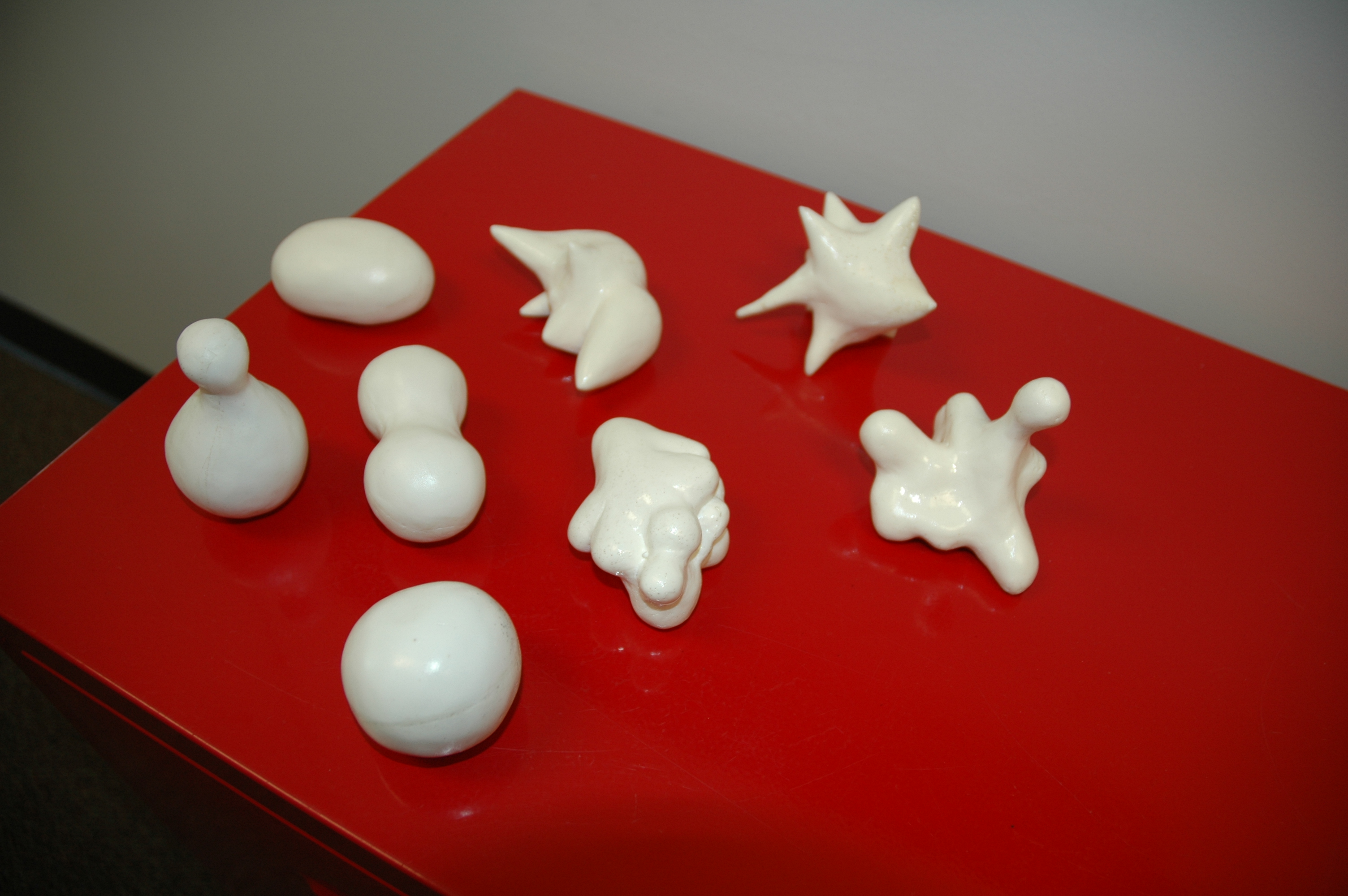 In 2006, Katherine Isbister and Kia Höök developed the Sensual Evaluation Instrument (SEI), a tool that evaluates affect and aids in nonverbal communication.  Created with artist Rainey Straus while the professors of human-machine interaction were working on a European Union project on emotion and technology, the ‘blobjects’ were tested with a goal of enabling conversations with designers and computer scientists about emotion.

The instruments provoked an unexpected outcome of universality during testing: subjects kindredly selected the same objects to express similar emotions (e.g., a spiky object to express anger or fear). We spoke with Katherine and Rainey over Skype about how these objects came into being, their emotional resonance, and how they’ve developed a life of their own over the years.

Katherine Isbister: What happened for us was Kia and I, we got interested in doing this nonverbal reporting of emotion; like empowering people to convey how they felt without having to use words.  This is when I was working with her at her lab in Sweden; we first did some primitive experiments with things like color.  So anyway, it didn’t work at all because people had really culturally specific associations with color and a lot of times  they would come up with narratives about things that were more real object based—there’s a lot of sort of socio-cultural overlay people do onto objects all the time. That was slightly discouraging. But at the time, I knew Rainey had done her MFA project on these incredible I don’t know what to call them, Rainey, nubbins?

Rainey Straus: Blobjects.  And actually there was a whole show [on them] down in San Jose. I think the show was called Blobjects which happened. A lot of it focused on product design but it’s definitely a kind of aesthetic that’s in the visual vocabulary currently.