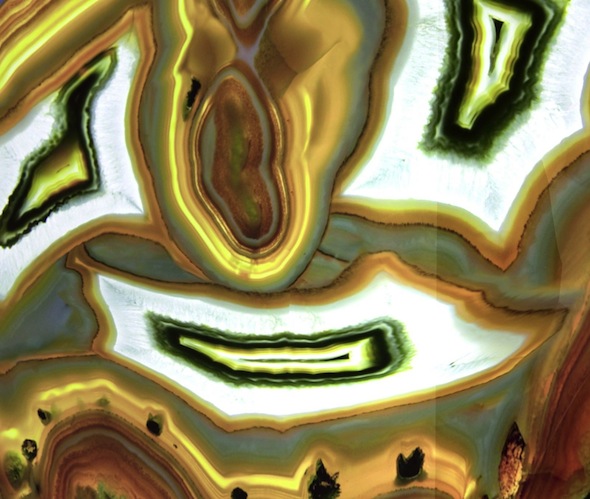 Recommended Reading: The Spam of the Earth: Withdrawal from Representation by Hito Steyerl

Image spam might tell us a lot about “ideal” humans, but not by showing actual humans: quite the contrary. The models in image spam are photochopped replicas, too improved to be true. A reserve army of digitally enhanced creatures who resemble the minor demons and angels of mystic speculation, luring, pushing and blackmailing people into the profane rapture of consumption.

Image spam is addressed to people who do not look like those in the ads: they neither are skinny nor have recession-proof degrees. They are those whose organic substance is far from perfect from a neoliberal point of view. People who might open their inboxes every day waiting for a miracle, or just a tiny sign, a rainbow at the other end of permanent crisis and hardship. Image spam is addressed to the vast majority of humankind, but it does not show them. It does not represent those who are considered expendable and superfluous—just like spam itself; it speaks to them.

The image of humanity articulated in image spam thus has actually nothing to do with it. On the contrary, it is an accurate portrayal of what humanity is actually not. It is a negative image...

— The Spam of the Earth: Withdrawal from Representation by Hito Steyerl (e-Flux #32)

Rhizome is pleased to announce London-based artist James Howard is featured this month on The Download.

Utilizing spam that lands in his junk email folder and pop up ads, Howard appropriates the deceitful images and text in his collages highlighting the emotional tiggers that trap users. Rhizome members can download www.luckyluckydice.com (2012), a 51MB animated GIF of 1990s internet-style advertisments; a file size too large for dial-up speeds, but now easily viewable in any internet browser once downloaded. Rhizome editor Joanne McNeil interviewed him last year about the images he collects:

Images in online scams and phishing schemes can seem as artificially generated as the text — like botnet generated folk art. But there is a human hand at work. What do you think is the human element that draws people into these schemes?

People are like machines - their brains react to temptation like a computer does. Most people are able to recognise a scam, but if someone pulls the right string, sooner or later all that subconscious stuff inside you is going to lead you down the wrong path. Scams  get people by playing on insecurities, desires, fears, greed, whatever - it's uncontrollable and causes one in a thousand people to make a snap decision and pay up.

What do you consider the visual clues of this kind of kitsch of deception? Any interesting patterns or trends you've spotted over the years of collecting examples?

Squashed grinning businessmen looking into fisheye lenses, sunsets over serene oceans, happy families, sexy nurses- it's an endless and totally recognisable global visual language. There's a gruesome image of someone hooked up to a life support machine that keeps landing in my junk-mail folder these days -it always comes from a new person, with ... 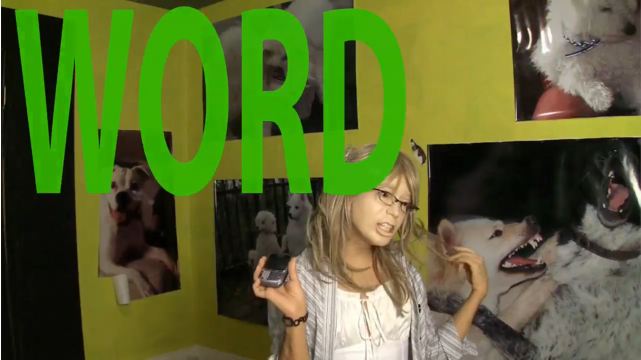 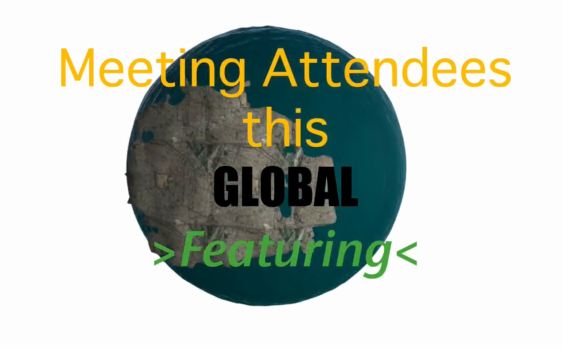 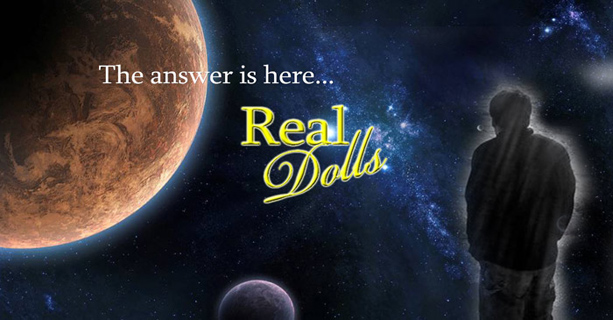 James Howard's "Lonely," 2011
"It all begins in my junk email folder, in the place where everything that has a bit of a question mark over its authenticity — pensions, Russian brides — lands. I take images and texts from that junk email folder and from pop-up adverts and I collage them together into artworks... I gravitate towards reoccurring images: adverts for Chinese wives and images of beautiful sunsets over serene oceans seem to crop up rather a lot, as well as pictures of people with distorted bodies looking up into fisheye lenses. These are the ones I really enjoy, and when I find them, I immediately start getting into Photoshop and cutting around as quickly as I can." - James Howard in an interview with ArtInfo. 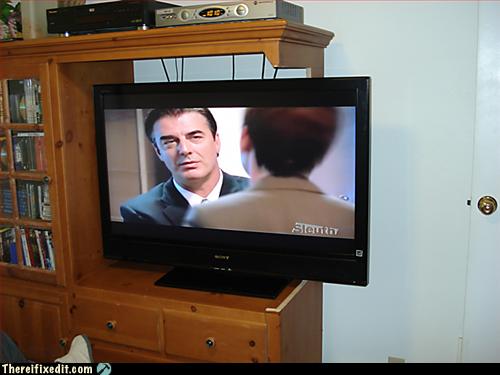 Image from There I Fixed It


2009 was an important year for the Internet as a whole. The advent of web 2.0 and "crowdsourcing" initiatives has enabled a much richer array of content from users who might never have ventured onto the Internet in previous years. My top 10 sites for this year cover a wide range of topics from art made for mobile devices with iPhoneArt.org to evidence of both information saturation with Information Aesthetics and physical and pseudo intellectual abundance with This is Why You're Fat and There I Fixed It, to strange observances of mistakes in the public realm with Fail Blog. In addition to these crowdsourced content sites, I also see some ongoing potential with artist-created sites such as Brett Domino's lowtech approach to music making ... 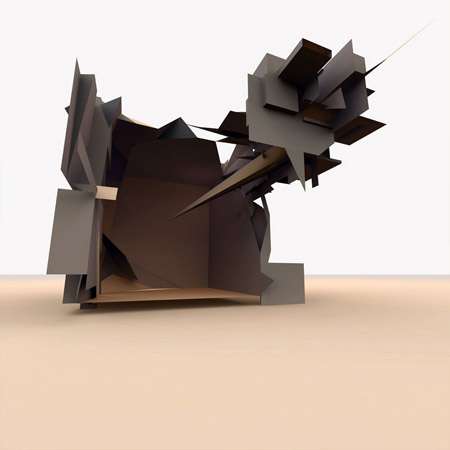 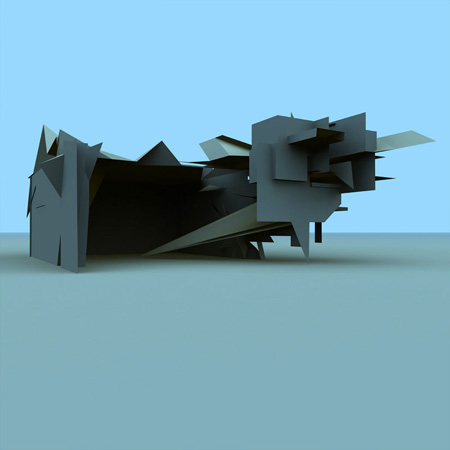 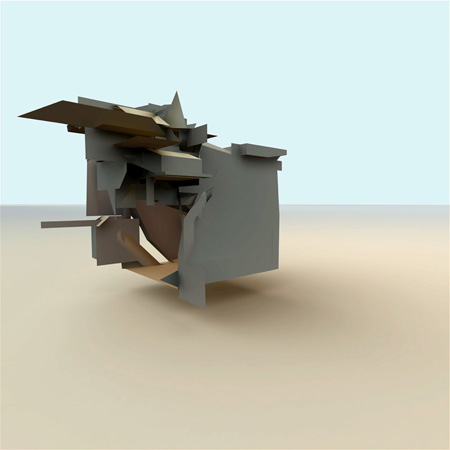 The images from the Spam Architecture series are generated by a computer program that accepts as input, junk email. Various patterns, keywords and rhythms found in the text are translated into three-dimensional modeling gestures. 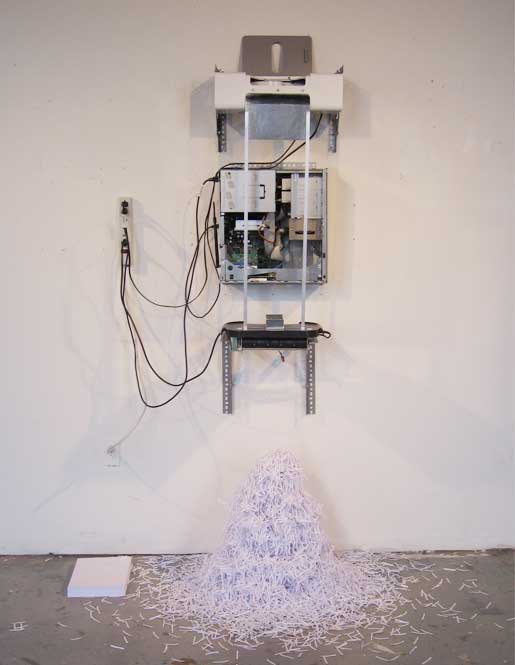 Because I know that all email sent to these email addresses are spam, I have set the installation to print and then shred each email as it arrives. Simultaneously the installation is feeding spam blacklists on the web with information gathered from all the received spam (a newly added feature). This in turn helps to feed spam filtering systems across the web that are working to reduce the amount of spam we all receive. Click here for more information about Spamtraps. 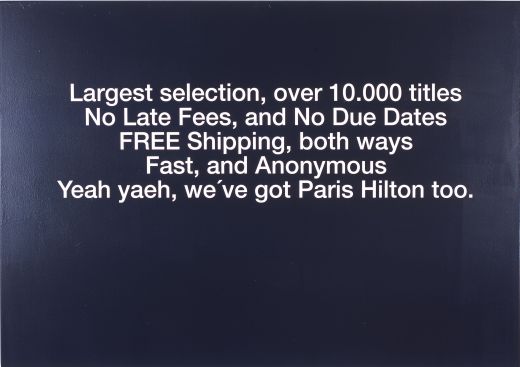