Jeremy Bailey is a Toronto-based new media artist whose work explores custom software in a performative context. Powered by humor and computer vision, his work wryly critiques the uneasy relationship between technology and the body while playfully engaging the protocols of digital media. Over the last decade Bailey has exhibited and performed at a range of international festivals and venues including the 2010 01SJ Biennial, HTTP Gallery, Subtle Technologies and in 2001 he co-founded the (now defunct) 640 480 Video Collective. I conducted the following interview with Bailey over email and we used our conversation to delve into a number of his projects from the last five years. 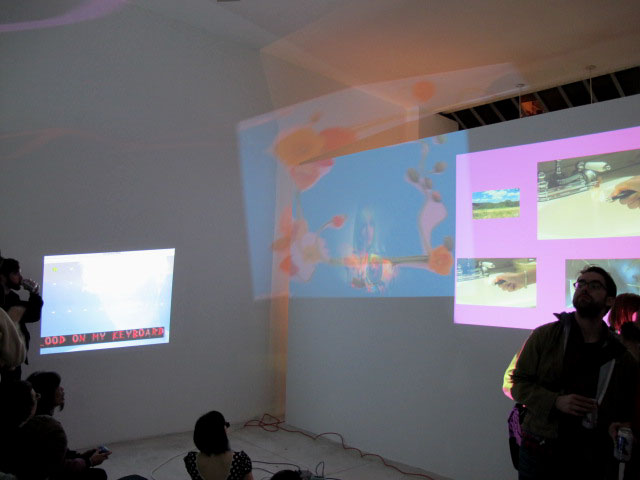 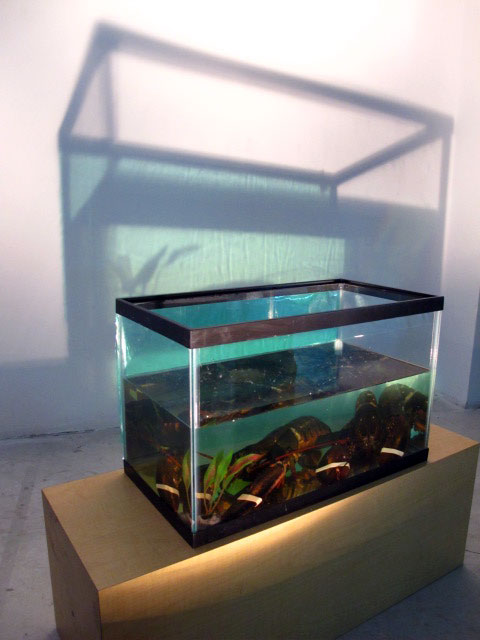 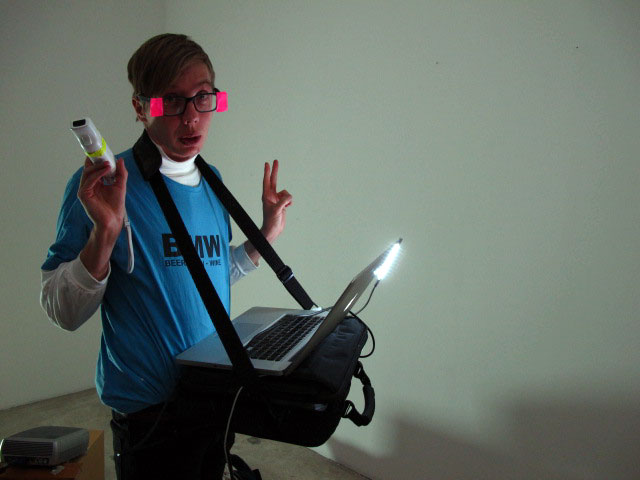 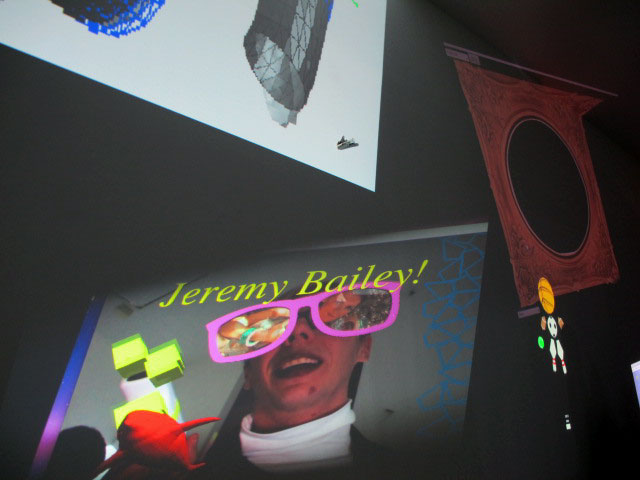 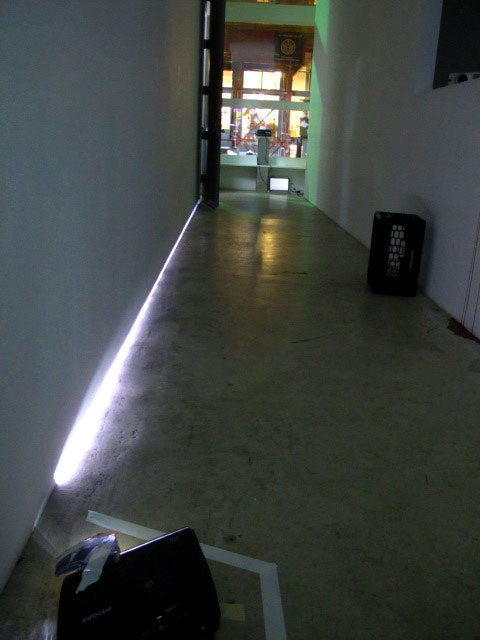 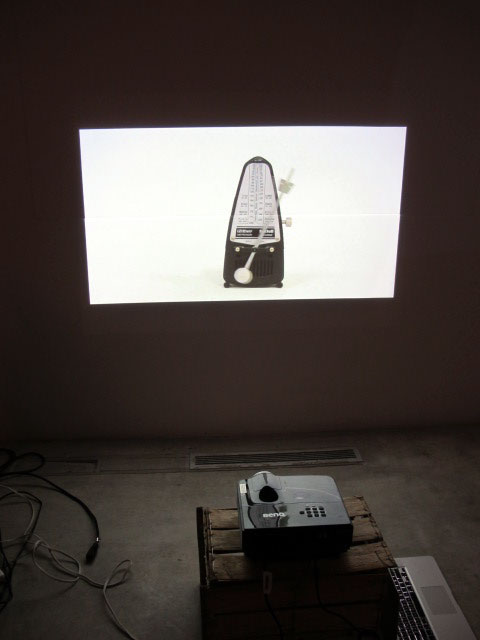 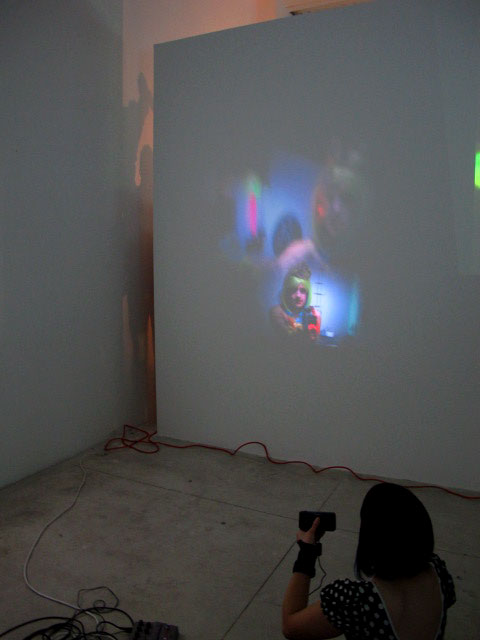 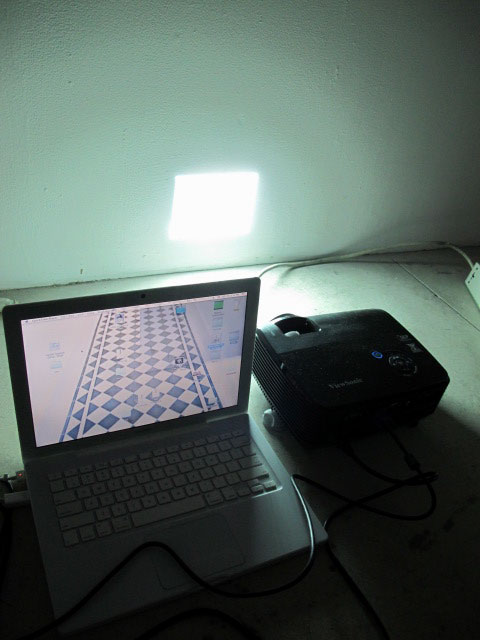 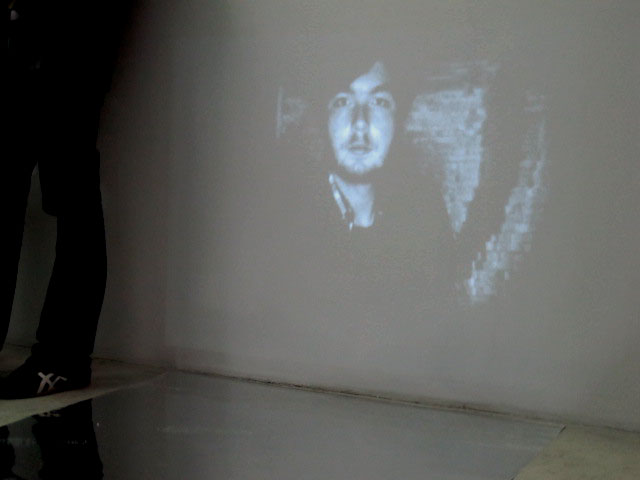 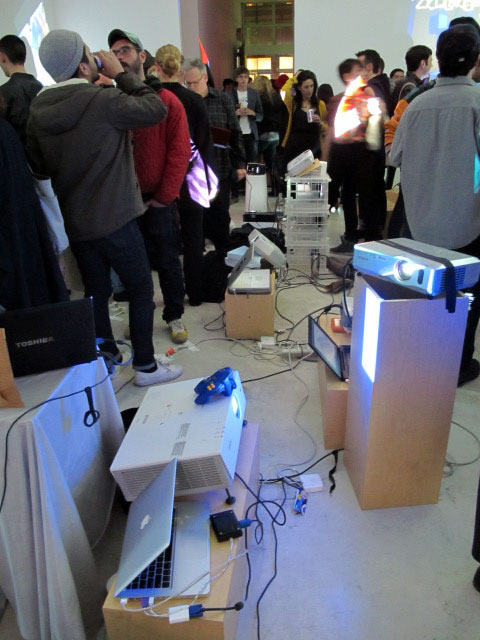 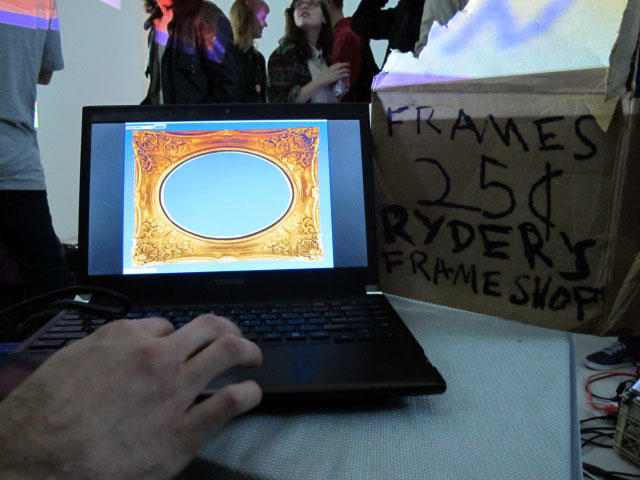 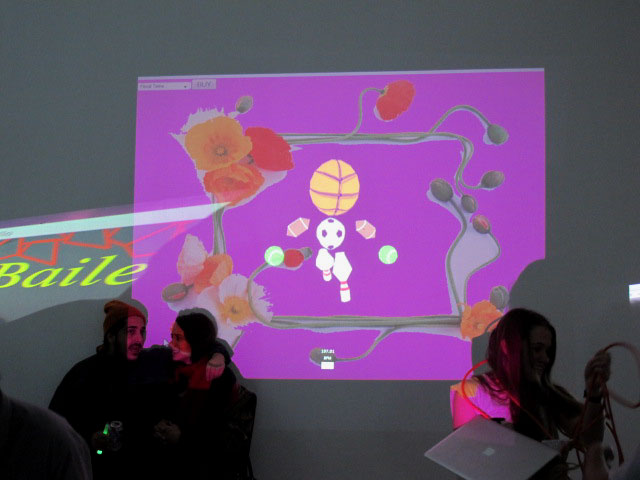 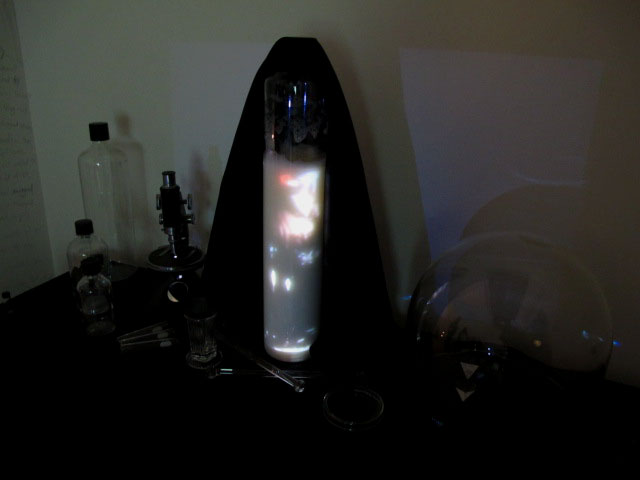 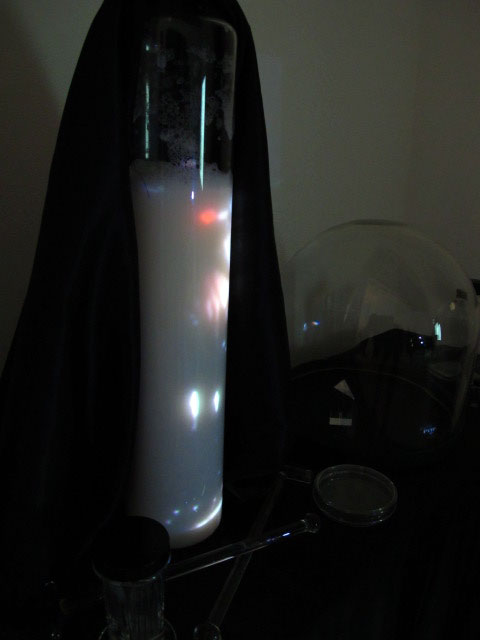 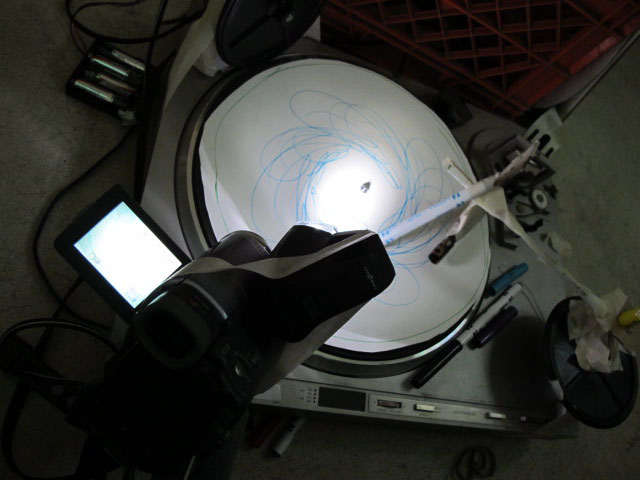 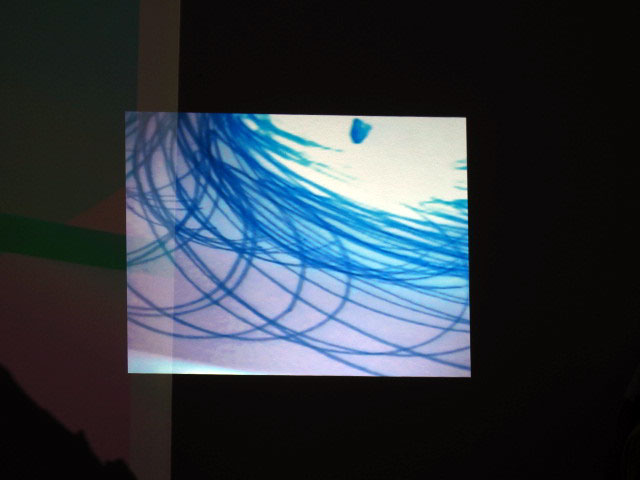 The live feed from Jesse England's drawing machine projected on the wall ...

In order to explore the contradictions and the potential of time- based art, especially in its cinematic guise, I trace a number of overlapping and conflicting genealogies of film and video art. I believe that only by creating a constellation of such genealogies can the logic and structural antinomies of film and video art—and of time-based art in general—be brought into relief and related to the wider changes in the political economy of time during the past decades, during which the West has seen a gradual demise of Fordist assembly-line production and a disintegration of the strict separation between work and “free time.” The classic alternation of work and leisure can be called, with Guy Debord, a form of pseudocyclical time, an apparent return to agricultural, “mythical” cycles in a temporal regime built on irreversible, historical time—or rather, on a reified form of such historical time, that of commodity production.

“Once there was history, but not any more,” because the class of owners of the economy, which is inextricably tied to economic history, must repress every other irreversible use of time because it is directly threatened by them all. The ruling class, made up of specialists in the possession of thingswho are themselves therefore possessed by things, is forced to link its fate with the preservation of this reified history, that is, with the preservation of a new immobility within history.7

This immobility is manifested in pseudocyclical time, a commodified temporality that is homogenous and suppresses “any qualitative dimension” or, at most, mimics such dimensions in moments of sham liberation.8 For Debord, time-based art from the 1960s could consist only of such pseudoindividual, pseudoliberatory moments ...

Britain, under the Conservative government in 1974, slowed to a government-mandated three-day week: not an immense gift of extended vacation, but a foreshortening of the working week based on the amount of electricity available. From January to March of that year, businesses, shops and services were only open for three consecutive days, and television companies were forced to end their broadcasts at 10:30pm. The remarkable visibility of this retrenchment is perhaps an apposite introduction to the fiscal circumstances of Britain at that time, as it was counterbalanced by extreme activity in the visual arts, with a burgeoning moving image practice taking place in various underground clubs and cooperatives in London and other regional centers, and mainstream television ("mainstream" being redundant; except for some regional variations, there were only three channels at the time) airing artists’ film and video, primarily on Channel 4, which was established in 1982.

This is the period revisited by Raven Row’s current show "Polytechnic" - the late 1970s and early 80s, when artists began using the new medium of video to reflect upon and deconstruct codes of representation, politics and social mores. It’s a smart and striking choice for an exhibition, as the legacy of this time is ambivalent and is still in the process of being settled: art-historically, it’s been partially eclipsed by what preceded it (the medium-specific investigations associated with the London Film-Makers’ Co-op) and by what followed - that is, the yBas, who pretty much turned around and rejected the commitment to politics, collective production and art as labor (not commodity) that this group stood for. At the same time, many of the artists included in the show - Catherine Elwes, Susan Hiller, Ian Breakwell, Stuart Marshall - went on to teach in various art schools (many of them former polytechnics, hence, perhaps, the title) and showed their work on Channel 4 during the 1980s, meaning they have had a much more dispersed, though less visible, impact on art and the wider sphere of culture. Have had and have: Elwes, for example, has recently founded a journal devoted to the moving image (MIRAJ), so the territory contested in this earlier period continues, to a certain extent, to be contested.