Get Ready for Take-Off

Fanzine for Electronics and Aesthetics Junk Jet just released their second issue, which examines "Speculative Architecture." Published out of Stuttgart, Germany, each installment of Junk Jet pulls together a chaotic assortment of collage, text, art projects, lists, photographs, and much more. The term "speculative" is used to group "works of unpredictable architectures and volatile spaces within real and virtual environments." One such space could be the empty bedrooms found in booty dancing demos on YouTube minutes before the dancer enters the frame. Olia Lialina writes on Dennis Knopf's Bootyclipse which compiles fuzzy, webcam footage of these domestic interiors, while maintaining their original soundtrack. (This article also appeared as a section in her essay Infinite Seance 2.) The confused comments from non-art seeking YouTube users posted in response to Knopf's video entries draw out a sense of speculation in their attempts to understand what it is they're viewing. 0100101110101101.org's An Ordinary Building also toys with the viewer's expectations. They contribute documentation of this project, in which they placed a plaque on a nondescript building in Viterbo, Italy declaring that the structure "...was designed by an unknown architect in an irrelevant epoch and never belonged to an important person." The sign stands in contrast to others found throughout Italy which detail the history and importance of specific buildings. While Junk Jet's themes are generally quite open (JODI contribute a recipe to this issue), one salient strand seems to be the confusion and suspension which follow speculation, regardless of its architecture.

Artist's Statement: A video demonstration of a classic Experimental Philosophy experiment on "The Concept of Intentional Action" (AKA the "Knobe Effect"). Comedian Eugene Mirman narrates.

Putting the You in Tube

For his solo show at London's Seventeen Gallery, Berlin-based Austrian artist Oliver Laric is showing three video projects that put a recursive spin on his previous work. The artist's 50 50 project, in which he seamlessly strung together fifty YouTube clips of strangers singing three songs by hip hop artist 50 Cent, has received praise around the internet and the art world for its remix of both 50's music and vernacular video culture. But now he's showing a recomprised version of the piece (50 50 2008, a remix of his own remix) by using all new clips. The mass availability of videos of people singing these three songs speaks both to the popular appeal of the music and of the act of performing for the home movie camera--thus deepening the initial resonance of Laric's project. For Touch My Body (Green Screen Version), the artist took the nerd-loving video for Mariah Carey's hit single and made a template for chroma-keyed remixes by YouTube users by digitally replacing the background images surrounding the starlet's body with a flat green backdrop. At Seventeen, Laric is showing not only his template video, but also the remixes that internet users (other net artists and general surfers alike) uploaded to the web. This decision emphasizes the project's dependence on the notion of fandom, which is both participatory and collaborative by nature. Laric's inviting template also susses out the often creative and productive nature of fan culture, particularly with regard to the internet, where appropriation and distribution tend to be fast and easy. Finally, his multi-channel work, 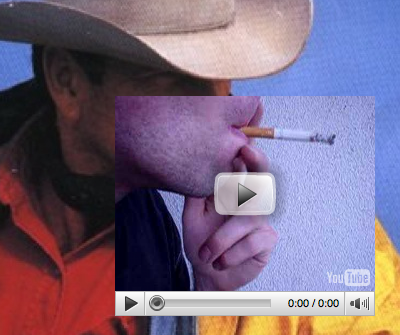