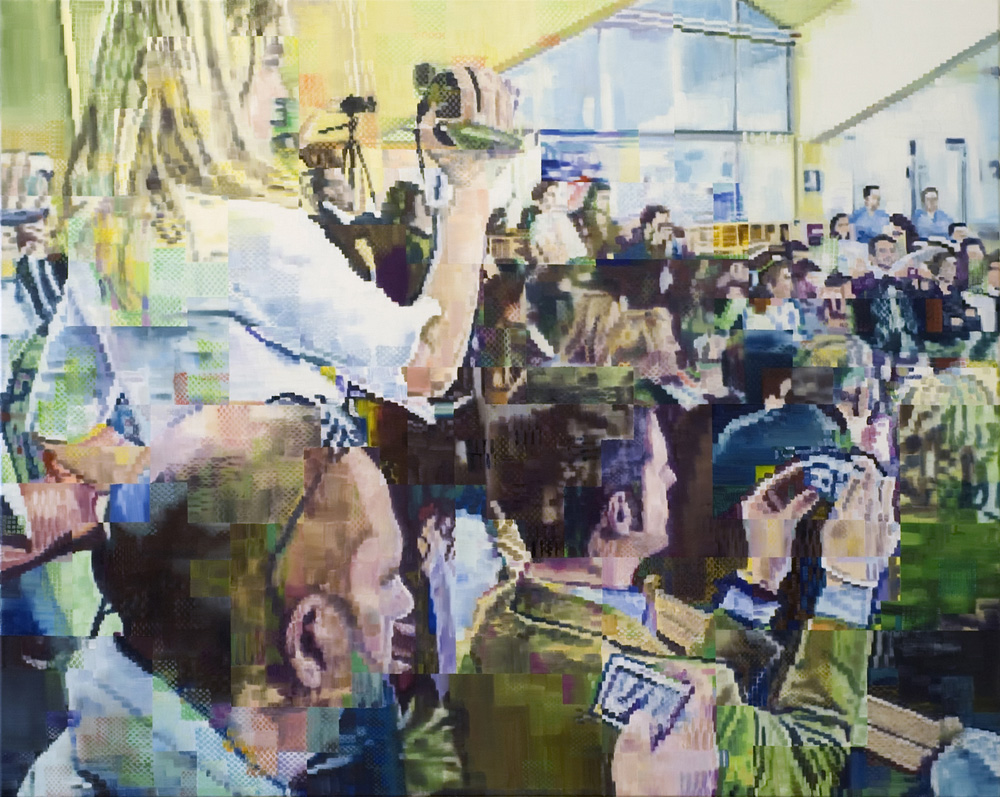 A collection of examples from the Prosthetic Knowledge Tumblr archive featuring artists who have inserted the visual grammar of new media technology into painting. 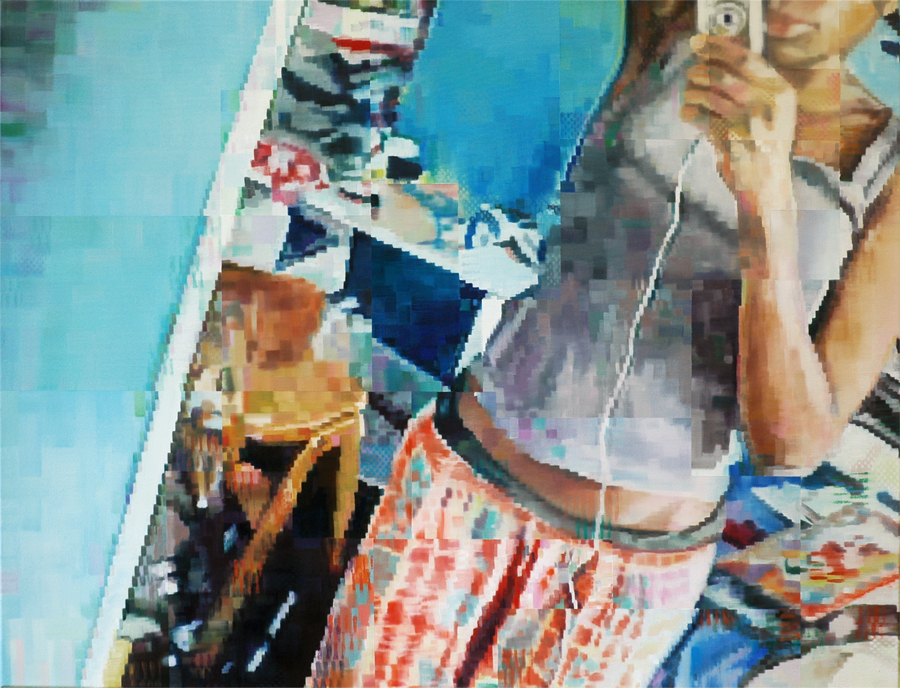 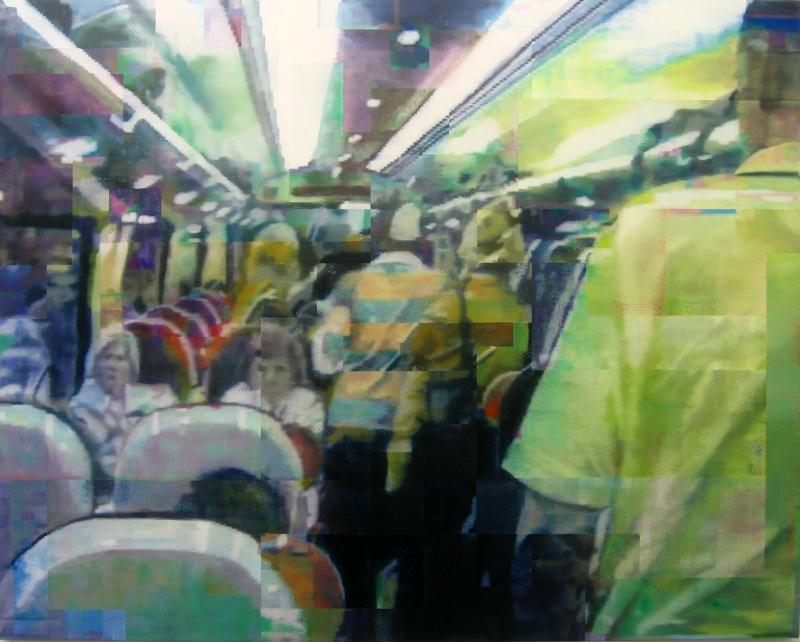 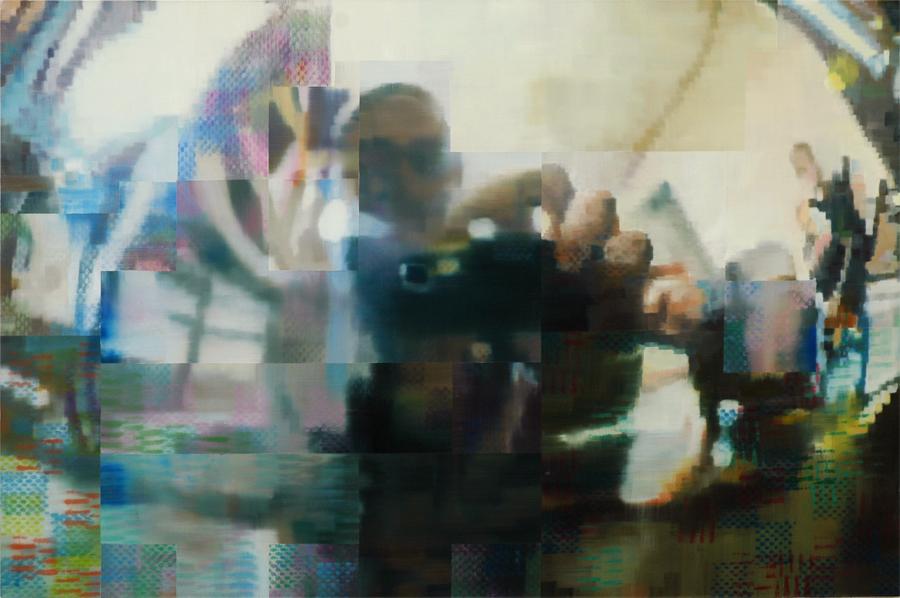 A collection of examples from the Prosthetic Knowledge Tumblr archive and around the web on creative projects and installations which employ the typewriter as part of the work.

Installation piece connects computer to typewriter that generates stories about journalists who have died since 1992. By Julian Koschwitz:

In this submission, we take a look at how a holiday season was expressed through the Commodore 64.

Released in 1982, the Commodore 64 was, at one point, the biggest selling computer ever, selling up to 17 million units in it's time. As a retail-focused product (as opposed to an electrical one), Christmas was an important time to attract this highly desirable present. As well as this, groups and communities around the machine emerged, creating shareable demos of images, animations and music for themselves, a highly humanizing response to a digital technology. It's happened with other machines as well (the ZX Spectrum, the Amstrad, various Atari machines, the Amiga etc ...), not just in it's time but also currently where communities exist around these older technologies. It also happens around file formats, for example, with the GIF net art community and the GIF Wrapping project where artists randomly selected together to produce something for each other.

This charming demo was created by Commodore themselves, shipped to retailers to demonstrate the graphical and sound capabilities - via csixty4:

Commodore wrote their famous Christmas Demo in 1982 to demonstrate the capabilities of their new Commodore 64 computer and the upcoming Executive 64 (SX-64) portable. It was included with the test/demo disk that shipped with every SX-64 so dealers could introduce customers to the machines' advanced (for the time) sound and graphics. Though its character graphics and SID sound seem quaint by today's standards, the Christmas Demo reminds many Commodore fans of the morning they woke to find a computer under their tree.

Should you wish to get a copy of this demo and try it in an emulator, csixty4 have links to everything you need here

Sample from Animated GIF in 3D

A collection of examples from the Prosthetic Knowledge Tumblr archive and around the web on experiments which take the familiar animated GIF format and take it out of its 2D origins.

This has been a good year for the Animated GIF— not only has it reached its 25th birthday, it has also become America's word of the year according to Oxford Dictionaries USA. It has been one of the internet's most creative canvases since it's availability, whether it has been employed in early homegrown HTML pages, to communities such as B3ta, YTMND, 4Chan and others. From it's continued popularity, some creatives have explored ways to take the animated GIF into new contexts. Here are a few examples:

A collection of examples where pop culture was clearly inspired by smaller creative activities on the web (with some people not necessarily happy about it). With online chatter regarding the performance by Rihanna on Saturday Night Live and it's adoption to the net-art 'Seapunk' style, it's worth knowing that the mixed reaction is not an isolated occasion. Marketers employ 'coolhunters' to look out for interesting small cultural developments to make their artist's seem 'fresh' and ahead of the game, an activity that has been happening since the early 1990s, which was a key subject in William Gibson's 2003 novel Pattern Recognition. It is now becoming more apparent in our more modern technological age — here are some of the better known examples:

Chiptunes, the lo-fi music associated with soundchips of old computers and gaming consoles, started to make their way into contemporary music with one piece eventually leading to a file for infringement, the Timberland-produced 'Do It' for Nelly Furtado:

For a much more clearer comparison, the Demoscene documentary by Moleman breifly compares and contrasts the two songs.

In August 2007, an action for infringement was filed in the District Court of Helsinki against Universal Music, Ltd alleging Nelly Furtado's song "Do It" infringed "Acid Jazz Evening". In January 2009, after a trial that included multiple expert and technical witnesses, a three judge panel unanimously dismissed the plaintiff's case.

On December 17, 2008, Abbott also testified as a witness of prosecution in the Helsinki court in Gallefoss' case against Universal Music Finland. The Finnish court reportedly threw out the case after ruling in only one aspects of the three claims (sampling, performance rights, producer rights), and the case remains in appellate court ...