Micro Modernist Google Gadget
BIO
Don Relyea graduated from the Meadows School of the Arts in 1992 where he was a print making major and a merit scholarship student. He also obtained an management of information systems degree from Cox School of Business. Upon graduation he jumped into the multimedia software industry producing video, games and interactive content for publishers and clients. In the multimedia industry he developed a love for programming graphics and now produces art in several media.

Relyea's tools are script editing windows and compilers. Relyea's background in traditional print making left him with a strong consideration for the process of image creation. Rather than creating algorithms as art in their own right, he strives to write algorithms that simulate the creative process. He breaks down the process of designing, enlarging, and rendering an image on paper or canvas and translates the processes into software.

Relyea's experience in music significantly influenced his art. He stumbled into generative art by accident while writing programs to generate live visuals for several of the bands he contributed to during the 90's. Relyea was using live generative visuals as early as 1998 for electronic projects Jump Rope Girls, Ropelab and Evilcomputergenius. Performances were marked by stacks of old telivisions and video projection displaying live mash ups of recent generative works by Relyea.
RHIZOME ACTIVITIES
DISCUSSION
Posted on Sat Aug 14, 2010 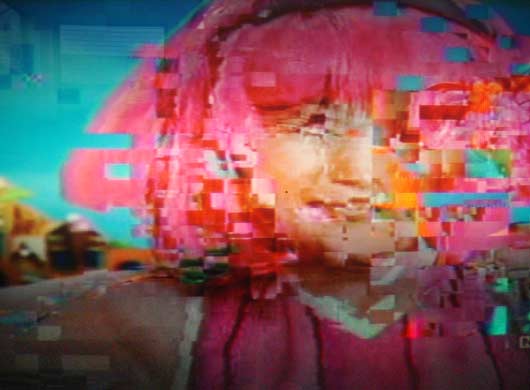 If you are not afraid of hex then xvi32 hex editor is fun for this sort of thing and you can batch automate it as well. You just have to be careful you do not corrupt your frames so massively that they will not open any more =)

I put together a playlist of similar videos people posted to youtube ( last year ) as well.
http://www.youtube.com/view_play_list?p=E821FC7F99136ED9

Since then I figured out how to get my set top box to do this to tv signals on demand. I have also figured out how to capture it at high resolution as well but I have not done anything with the high res files yet, although I was planning on making a music video with it, lol.
http://www.youtube.com/watch?v=uD6w7XHs2zs
DISCUSSION
Posted on Fri Oct 10, 2008 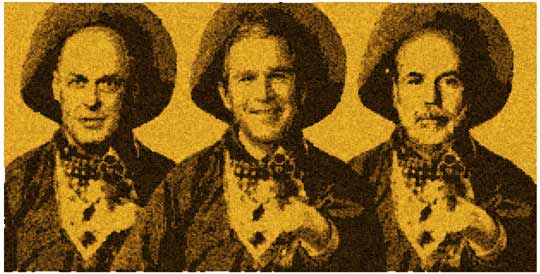 Paulson, Bush and Bernanke execute the greatest heist in the history of the world. More...
http://www.donrelyea.com/cgi-bin/blosxom.cgi/2008/10/10#stick_em_up
EVENT
Posted on Fri Sep 05, 2008 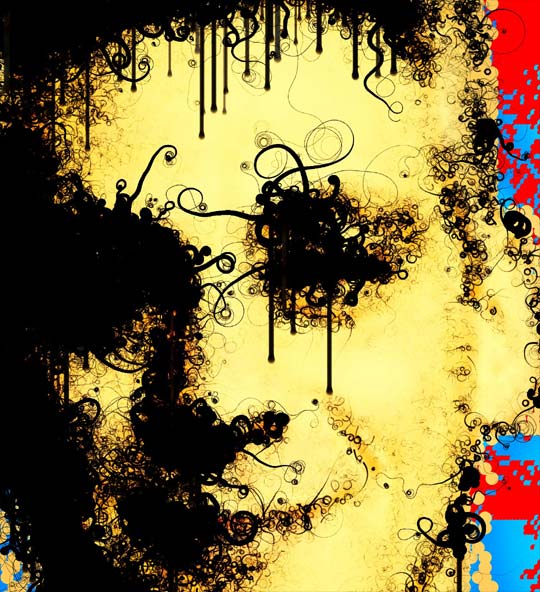 The 110th Congressional assembly has the worst job approval rating since pollsters have been able to track such things. This congress has even managed stay less popular than President Bush, an achievement worthy of recognition. So this particular congressional leadership has been immortalized in infamy with an extension of the hair particle drawing project.

Statement:
The beauty industry and the advertising industry have conditioned us to hide or cover up so called "unwanted hair" such as back hair, pubic hair, arm pit hair and leg hair. We cover it up, shave it and wax it off. With the proliferation of mass media it is desirable to white wash the unattractive traits of politicians. Using hair as a metaphor for that which is undesirable, what would politicians look like if they did not cover up their unwanted hair? 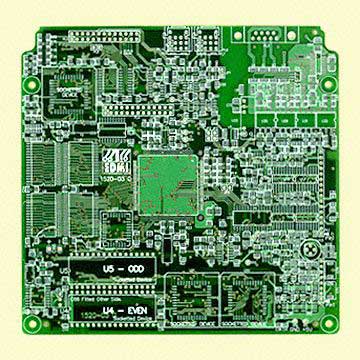