Gene Mchugh
Since 2007
Works in Brooklyn, New York United States of America
BIO
If you google me, this is the first thing you will see.
BLOG POSTS
Published on Mon Feb 18, 2008 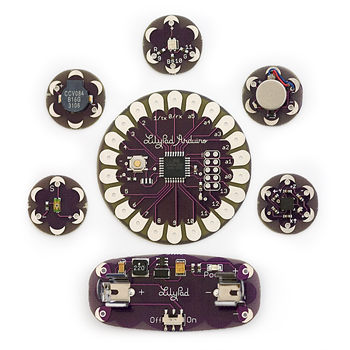 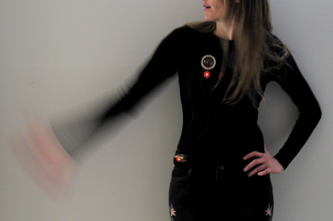 Demonstration of a shirt made with a mounted motion-responsive LilyPad

At first glance, it would seem that wearable computing and traditional craft operate in distinctly different realms of cultural production. However, Leah Buechley, a University of Colorado at Boulder PhD student working with the Craft Technology Group, bridges this gap by taking a homemade approach to the use of computation in clothing or jewelery. The LilyPad Arduino Kit allows for the construction of simple, but aesthetically innovative, computational jewelery made out of the environmentally responsive open source platform known as Arduino. According to Buechley's site, the LilyPad is "designed to empower novices to work with electronic textiles. Using the kit, you can build your own soft interactive clothing." Along with the necessary tools, the kit also includes a highly instructive tutorial that will provide those without a strong background in technology with the know-how to build their own arduino and apply it to their projects. Leah Buechley will lead a lesson on the LilyPad Arduino at Mediamatic's Designing Wearable Hybrids workshop from February 19-21 at Mediamatic, Amsterdam. - Gene McHugh

"There is a certain beauty in trying to fulfill the potential of the obsolete. As we have become a culture that is defined by the latest and greatest, and at the same time built in obsoleteness. Why are we in such a hurry to progress when we haven't realized the potential of what we have, where is this thing called progress taking us?"

This anxious quandary, posed by artist Mike Beradino, elucidates the concept behind his use of outmoded technologies. The New York-based artist has created several works that reflect upon the rapid consumption of technology, where a piece of software or hardware is embraced one moment and tossed out the very next. His lo-fi, 8X18 LED grid pieces, Liquid Pixels (2007) and blinken (2007), for example, employ the spirit of DIY, tinkering and the open source movement as a foil to an increasingly dense technological mediation within and throughout daily life. Liquid Pixels uses the LED display to create morphing patterns of ferrofluid, while blinken narrates a perverse, LED animation of a character free falling from a roof as clocks spin out of control. Beradino was inspired to create these LED pieces by the techno-primitive genre of "flashing/sparkling/blinking" art known as "Blinken" which, in 2001, emerged out of the German hacker community, Chaos Computer Club, who continue to remain active today via the BlinkenArea portal. The BlinkenArea hackers have developed a Blinken-centric operating system (BlinkOS), their own programming language (ARCADEmini Assembler), software for Blinken programs and animations, and a far-reaching manifesto for its role in "world domination," which includes an entertaining set of bullet points for achieving said domination. This auto-obsolescence as practiced by Beradino and the Blinken hackers may employ tongue-in-cheek rhetoric, but it could also be seen as an increasingly viable strategy of dissidence ... 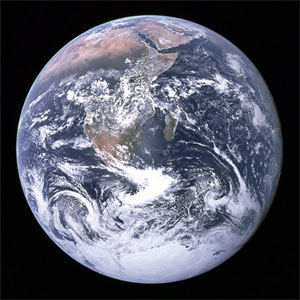 After hearing rumors concerning the existence of secret NASA photographs of the Earth as seen from outer space, the writer and future digital-utopianist Stewart Brand fought to have these images released to the public. The hope behind Brand's 1966 campaign was that these "blue marble" photographs of the whole Earth would for the first time tangibly allow the planet to appear small, conceptually graspable and very much alone in the wilderness of space. Forty years later, the London-based new media artists, Thomson & Craighead, created the video Flat Earth (2007), a visualization of Earth that refers to a different perceptual moment.

Commissioned for Animate Projects in 2007, their project is not an unveiling of the spheric, "blue marble" image of the Earth as viewed from outer space but, rather, an attempt to describe the "flat" Earth as viewed from the membrane of the Internet. Blog entries and flickr photos interact with freely available satellite imagery to give a re-shaped conception of what space and distances between people effectively means in a networked world. The video begins in the tract housing of the American suburbs where we hear a performance of an actual blog entry from the angsty, young dancer, "teenangel." A few seconds later, we zoom into the sky above San Francisco as the bemused "patriot2000" informs us that he just read a translation of one of his blog posts into German and he's now curious to learn German. We travel across the globe to Zimbabwe, Iran, and Europe. It's a great seven minutes and it gets at something amazing about the Internet: if, according to Walter Benjamin, the technologies at the beginning of the 20th century allowed for perceptual reproduction to "keep pace with ...