The Artifice of Videography at 24 Frames per Second

As of November 2012, the last packages of light-sensitive film vanished from the racks of my local department store. The meager supply of 35mm roll film and disposable cameras disappeared, and with it came the reality that the changeover from analog to digital image acquisition is finally wrapping up. Equally visible changes are happening in the cinemas, where video projectors have slowly replaced film projectors. However, there is one curious, rarely questioned holdover from the analog era that persists among many motion photographers to this day.

The current trend of using digital filters to artificially age or alter one's snapshots has been criticized extensively, but this editorial is not about the artifice of premature aging or planned glitches. It is about an odd trait of motion picture film that lives on in the many digital cameras, video cameras and smartphone apps whose superior functionality quickened the decline of film in stores and cinemas. 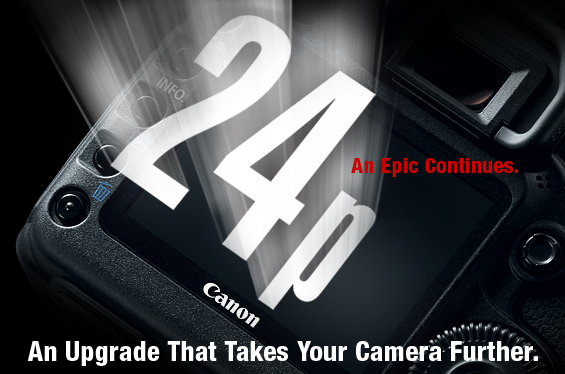 From an advertisement for the Canon 5D Mark II