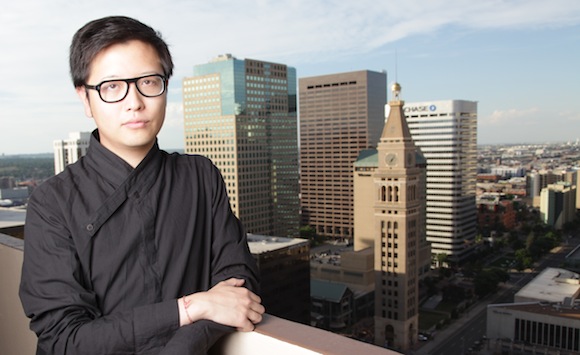 A Tour of the AC-1 Transatlantic Submarine Cable (2011)

Your videos seem to borrow aspects from narrative filmmaking, the documentary format, amateur travelogues, and even at times experimental cinema. What genre(s) of filmmaking do you see yourself following or challenging?

Well, I don’t really see my videos as being film. One time I tweeted that as an artist I would never let my video work get transferred to film because too much would be lost. It was a joke, but I’m also serious. I mean, it’s hard not to be suspicious of a discipline that has a genre called “experimental.”

From the perspective of how the work is displayed, I feel my videos are not for the cinema. The movie theater flattens space and immobilizes the viewer. I like that people have to stand in a gallery, that they enter and leave the video at random times.

This is quite hypothetical, however, because in practice, most of my work is viewed online, where the artist has even less control.

In your videos you pull images and clips from a variety of sources including Google Street View, web-based image searches, and your own self-shot footage. Your videos range from twenty to thirty minutes in length. How do you structure this footage with the essays that make up your screenplay? How long does it take you to finish a video?

For Christmas my sister gave me an image from a brain scan she took of a human hippocampus, the part of the brain responsible for short- and long-term memory and spatial navigation. The hippocampus looks like a sea horse and its etymology reflects this. The functions of the hippocampus intrigue me.

During the making of A Tour of the AC-1 Transatlantic Submarine Cable I researched each location extensively ... 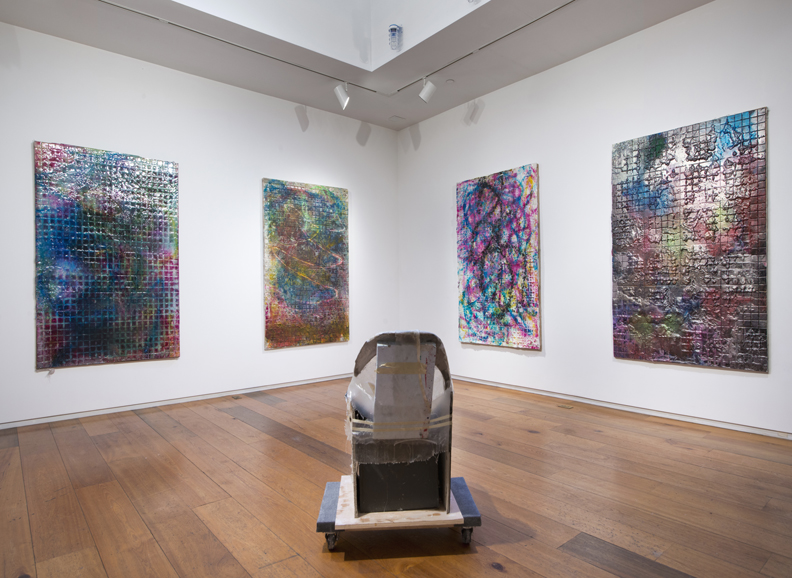 If we look back at the community of artists associated with the surf club Nasty Nets, including John Michael Boling, Michael Bell-Smith, Aleksandra Domanović, Joel Holmberg, and Kevin Bewersdorf, to name a few, we’ll see that they’ve continued on extremely heterogeneous paths. Some, such as John Michael Boling and Kevin Bewersdorf, have slowed down or halted their artistic practices to pursue careers in IT or other ventures, while others—say Aleksandra Domanović and Michael Bell-Smith—have enjoyed considerable success in the art market, both artists being represented by notable commercial galleries. Holmberg, the subject of this article, gained attention in 2010 for his existential-yet-slightly-trolling Legendary Account included in Free, curated by former Rhizome Executive Director Lauren Cornell. For Legendary Account, Holmberg asked the normally utilitarian Yahoo! Answers site questions such as “Does having a crummy day-job help stimulate your creativity?”, “Is it possible to jet ski or sea doo in the dead sea?”, or “How long does post-coital last?”. Holmberg and Cornell exhibited blown-up, printed documentation of the account at the New Museum, and the account is now archived on Rhizome’s Art Base.

Two years later, Holmberg studies at Yale’s Master of Fine Arts Program and has launched his first commercial gallery exhibition in New York at American Contemporary (previously Museum 52) in NoHo. Holmberg’s Soft Laws presents an array of sculpture divergent in size and material. We see a plaster-covered lamp shade, jib crane, fiberglass chair built on top of a filing cabinet, ceramic tile, pencil wall drawings, etc.—these works unified by their almost slapdash handmade nature and implicit sense of humor. While Holmberg’s humor has always been prevalent in his oeuvre, the heightened, studio-born materiality of his newer work may seem something of a new thing. Like his humor, connecting the artist’s process is his tendency to continually relate back to how our identities can be subsumed by clichés, platitudes, and larger systems of thought by the relationships and interactions that they script.

If Holmberg’s Legendary Account sought to de-script the Yahoo! Answers format by introducing the site to an air of jocularity and existentialism, his new sculptural works in Soft Laws exaggerate and re-script common artistic materials as well as the popular characterization of the artist. Take the painterly Emotional Bioré (2012), one piece in a series of five large wall-mounted works using ceramic tile as a base with plaster pushed through back to front—mimicking, the artist says, the functionality of backlit digital screens. Sourcing sheets of tile that have yet to grouted, Holmberg considers the medium of the tile to be a scripted material that prompts the user’s action (i.e., there are grooves between individual tiles, and they will only adhere to a surface if one grouts them, thus one must grout them. This effect isn’t terribly unlike the act of posting a status update to social networking sites in order for it to be liked. For example, I’m going to post a photo of myself smiling on the beach so that my friends will confirm how relaxed and tan I look.) Holmberg douses the plaster composition’s front with printer ink while it sets, imbuing it a saturated, CMYK feel. When splattered, the ink changes the topography of the plaster to appear similar to a lunar surface or Pollock-inspired drip, itself a scripted gesture pointing toward the bravado of the oft-drunk, late-Modernist abstract expressionist painter—perhaps pop culture’s favorite portrayal of the romantic, tortured artist. 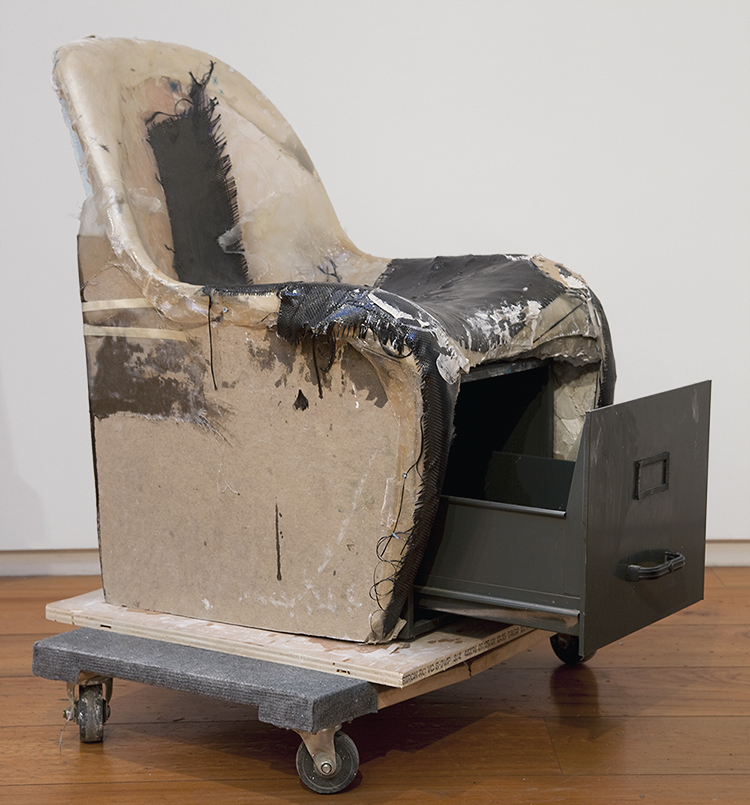 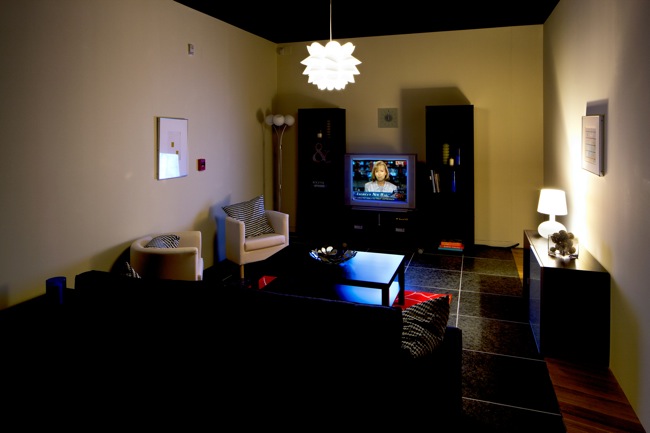 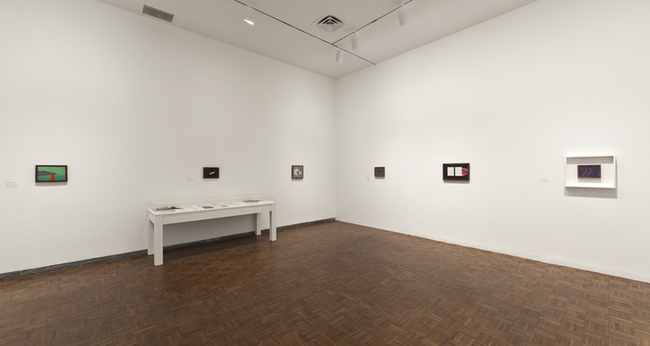 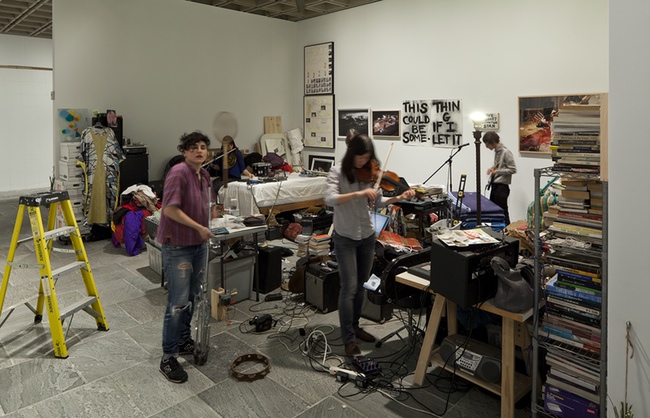 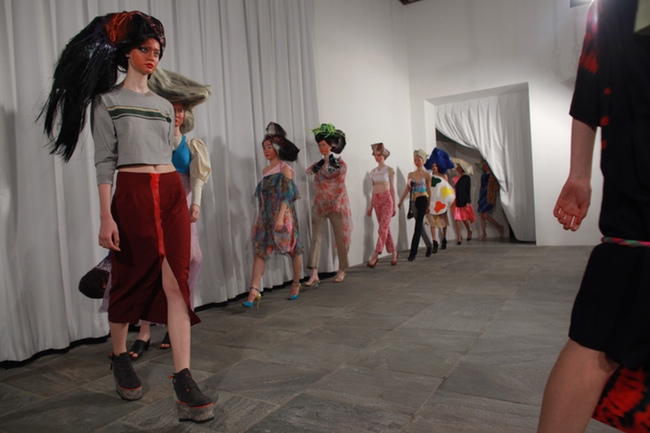 Taking Fraser’s essay as preamble, 2012 Whitney Biennial co-curators Jay Sanders and Elizabeth Sussman have approached the nearly insurmountable task of surveying the art of the last two years by symbolic rather than material means...