The London Consortium, the ICA and NODE.London present a conversation on how networks make artworks.

Why might (or might not) media artists and organisations choose to utilise networks to generate and distribute artworks? What does the prevalence of networks in media arts reflect about the increasingly networked character of contemporary culture and society? What are some of the advantages and disadvantages of the network model in comparison to other organisational structures? A panel of professionals with differing relationships to media arts and its networks will examine these questions and invite discussion from the audience.

Google for "Andy Deck" and you will get hundreds (probably thousands) of websites, which rather ironically, define him in the same way: "Andy Deck makes public art for the Internet that resists generic categorization". Other keywords you are likely to find commonly associated with the artist Andy Deck are net art, software art, screen-based interfaces, anti-corporatism, and "anti-militarism".

Visual Complexity is a listing of nearly 300 different information mapping projects. Compiled by Manuel Lima, a Portuguese information designer who recently finished his MFA at Parson's School of Design in New York, each entry includes a project overview and a link for more detail. Lima started VC as a method of cataloging research for his thesis, Blogviz�

Next Level:Art,Games and Reality until 18.06.06, Stedelijk Museum, Amsterdam (NL)

Turning Games into a New Kind of Art�: that was the headline in The New York Times on January 21, of an article about a games exhibition �" and provides all the more proof that to an ever increasing degree digital games are part of popular culture. They not only reflect elements of daily life, but also influence it. In addition, digital games unite multiple disciplines such as film, photography, theatre and architecture. The medium appears to have begun an unstoppable advance, and forces �" or tempts �" us to a redefinition of our everyday environment. In its exhibition �Next Level�, the Stedelijk Museum shows work by artists and designers who make the vocabulary of games their own, and provide us with their personal reflection on it.

Potentially Someth;ng will exhibit in London works by student artists who explore different fields inside the interactive / digital media. The Doodle TV application doodles over live images on TV recognising faces and drawing glasses and mustaches over them, or drawing decoration around the image. It works exceptionally well with
news programs as you can see in the image.

For Luc Ferarri is an installation where the audience becomes the conductor of one of Luc Ferrari`s rare symphonic pieces. It questions the elite nature of classical music, its accessibility, its copyright and the role of of the conductor. The piece discovers a hidden visual side of classical performance and the intimacy of individual members of the orchestra caught in digital close-ups.
Luc Ferrari was present during this concert, recorded illegally three months before his death in August 2005. This may also be the last filmed work which has Ferrari invisible yet there, in the audience. Aikon (Artistic~Automated IKONograph) sketches faces automatically, starting from a picture, typically a photographic snapshot of a scene with humans.
Once a digital image is considered, the system automatically finds where some of the faces (or face-like patterns) are and isolate these. Each face image pattern is then used to produce a stylised portrait. The style which the system aims at using is derived from the one Patrick Tresset has developed over the years in his artistic practice. The goal is for the final system to mimic the process developed by the artist and algorithmically interpreting its subjects into naturalistic, yet electronically-derived, forms. Aikon will be producing a series of sketches throughout the exhibition.

Potentially Someth;ng will start the ...

New on CULTURETV . Get involved and enjoy our blogs

New on CULTURETV . Get involved and enjoy our blogs:

We want to build a rich source of information always updated of what is going on in the art world. And becoming a blogmember will be part of the CULTURETV Membership, which we introduce next week.

CULTURETV Membership Gets you more: Join the CULTURETV Network and participate in building a rich content.

"Astas Romas" is organising the III "International Festival of Electronic Art 404", to be held at Plaza Civica and Centro Cultural Parque de Espana, in Rosario, Argentina from November 30th to December 03rd, 2006.

"Astas Romas" is making a world-wide call to artists and theorists to participate in this third "Festival 404" in order to estimulate and divulge new productions around electronic art.
Authors may participate in the following areas: Net-art, Still image, Animation, Video, Music, Audio-visual set, Theory, Performance, Installation.
The program includes screening of videos and animations, conferences, performances and concerts.

Participation in this festival is free. There are no age or nationality limits.
The Festival's deadline to present works is on August 15th 2006. The date will be taken from the post office cancelling stamp.

Electronic Arts Intermix (EAI) is one of the world's leading non-profit resources for video art and interactive media. John Thomson has been active in media arts on an international level since the 1980s and has been Director of Distribution at EAI since 2000. He is also a co-director and founder of Foxy Production, a leading contemporary art gallery in New York. He has been active in media arts on an international level since the 1980s. Before moving to New York in 2000, he researched media art digitization and distribution for the Lux Centre, London. In 1998 he was Coordinator of Pandaemonium Festival, London, and in 1997 he co-curated the Lux's inaugural moving image exhibition program. He has curated media art programs and exhibitions for the Pacific Film Archive, Berkeley; the Staatsgalerie, Stuttgart; Tate Britain, London; The Institute of Contemporary Art, London; Exit Art, New York; and Smack Mellon, Brooklyn, among other venues. He has lectured in media arts at the London Institute, and the School of Visual Arts, New York. He has written for ?Mesh?, Melbourne; ?Art in Culture?, Seoul; and has written on media art preservation in ?Art Between Zero and One: A Manual of Digital Art?, Christoph Kehl and Beat Raeber, eds., Basel, 2006.

During this interview he will discuss issues surrounding distribution and selling of moving image work as well as issues on archiving video, art an animation originating on computers. We hope this discussion will trigger some of the topics up for debate at the Darklight Symposium 2007.

John Gerrard is one of Irelands most exciting young artists, amongst other things his work is concerned with real time passing and deals with issues of sustainability, longevity and durability both thematically and practically.

Interview is followed by a screening of a selection of work from EAI?s catalogue and archive.
Video Variations: Artists' Experiments with the Video Image
Artists working with video have often manipulated images they have shot or found to produce new contexts, meanings, and effects. The works in this
programme re-present original materials in ways that enthral, disturb, and entertain. They undermine our expectations of the behaviour of moving
images, placing in relief the elements of contemporary film and TV that we take for granted: character, narrative, figure, scene, and tempo. Spanning
four decades, this collection includes work from Steina and Woody Vasulka, Dara Birnbaum, Peggy Ahwesh and Shana Moulton.

Deadline:
Tue Jun 13, 2006 02:45
Games as Tools for Architects, Urban Planners, Artists, Musicians, ...
When the evangelists and the inventors of the notion of "Serious Games"
added "battlefield simulation" to health, heritage and art issues, we
thought it would be a good moment to replace the term

There is a Masters programme at Salford University in Manchester, which
offers an "MSc in Creative Games".

The philosophy of this programme in Creative Games is expressed through the following features:

* To integrate the fields of research of Creative Technology, Heritage
Studies, Digital Art, Interactive Media and to create a new discipline based on the application area of serious content driven games and the
possibilities of game engines for the Cultural and Creative Industries.

* To equip graduates with both the theoretical expertise and the practical skills to enter, and make an effective contribution to the growing area of Creative Games.

* Developing the ability to think dynamically and creatively.

* Gaining the expertise to focus on a specific avenue of interest, carry out enquiries and experiment, and produce pioneering projects or realize
innovative working prototypes and solutions.

For more information write to 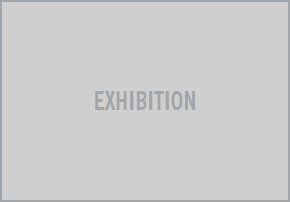