Bodies on the Line

"You can have the party. Give us the power!"

Andrea Fraser had already been onstage in front of a packed house at the New Orleans Museum of Art's auditorium for more than half an hour. Dressed in a black suit, she was delivering a monologue based on the transcript of an epic 1991 city council meeting. In that meeting, an ordinance was discussed that would ban discrimination in any of the social clubs that apply for parade permits in New Orleans. The discussion opened up into a marathon airing of thoughts and grievances on racism, heritage, and the role of the carnival in a city defined, in many ways, by its Mardi Gras.

Amalia Ulman's social media performance Excellences & Perfections is presented as part of First Look, the ongoing series of digital projects co-curated and copresented by Rhizome and the New Museum. For this presentation, Rhizome's new social media archiving tool was used to capture the Instagram portion of the performance. View that capture here. 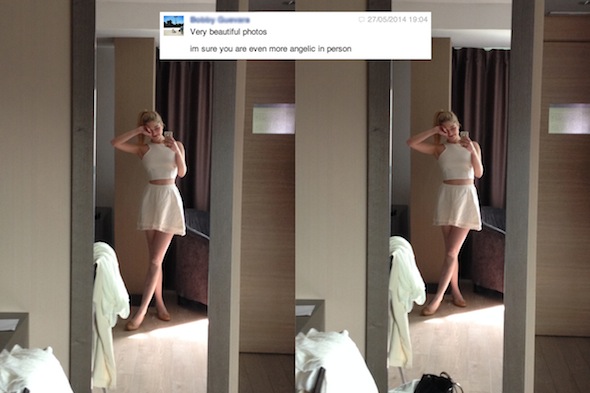 On April 19, 2014, Amalia Ulman uploaded an image to her Instagram account of the words "Part I" in black serifed lettering on a white background. The caption read, cryptically, "Excellences & Perfections." It received twenty-eight likes.

For the next several months, she conducted a scripted online performance via her Instagram and Facebook profiles. As part of this project, titled Excellences & Perfections, Ulman underwent an extreme, semi-fictionalized makeover.

She pretended to have a breast augmentation, posting images of herself in a hospital gown and with a bandaged chest, using a padded bra and Photoshop to manipulate her image. Other elements of the makeover were not feigned; she followed the Zao Dha Diet strictly, for example, and went to pole-dancing lessons often.

Opening the Kimono by David Kravitz and Frances Stark is now on view as part of First Look, the New Museum's ongoing series of digital projects, which will now be co-curated and co-presented by Rhizome. Click here to view work. 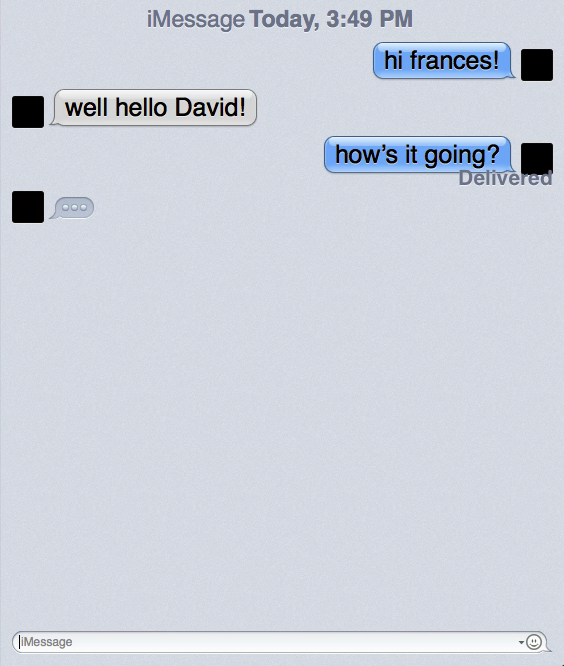 When artist Frances Stark and Snapchat developer David Kravitz discussed the idea of having sex on stage during a public presentation at the New Museum last spring, it wasn't entirely surprising.

This proposal came as part of Rhizome's Seven on Seven Conference, which pairs artists and technologists for a one-day collaboration with the prompt to "make something" and then present it to the public the following day. During their presentation, neither of their bodies was on view on stage (Kravitz came up alone for the Q&A). Instead, they appeared onscreen via a live iMessage conversation. 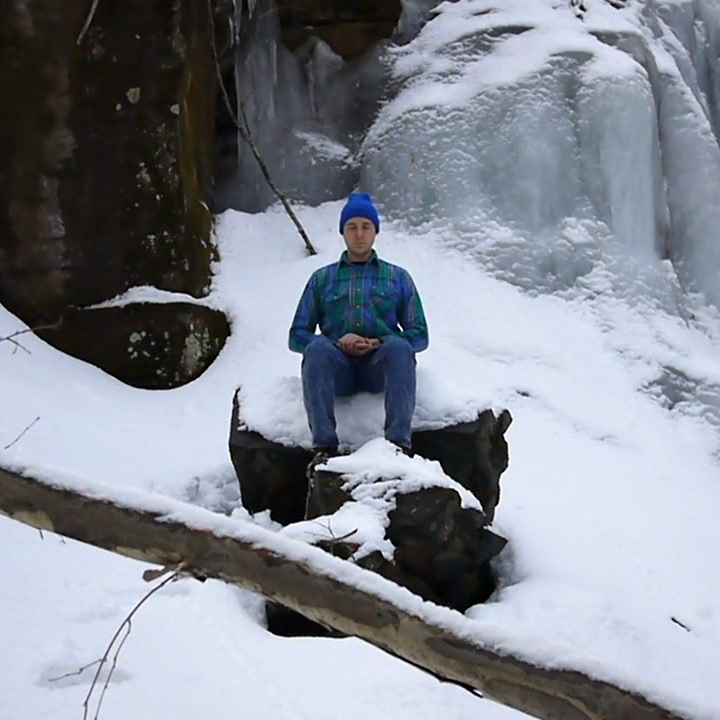 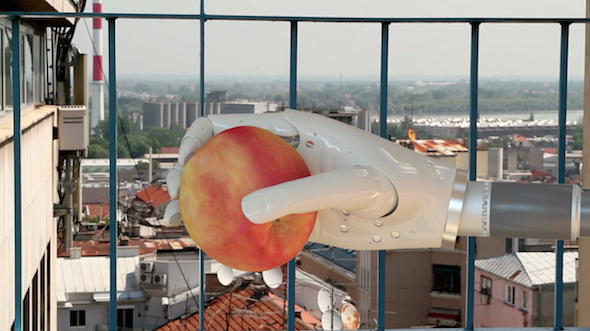