Edward Snowden, MMO gamming sweatshops in China, torture as participatory art, madness, and the troubled life of a Guantanamo Bay prison guard. The diverse research-based practice of Swiss-Austro-American duo UBERMORGEN makes a sustained assault on the notion that individual autonomy, liberty, privacy, and agency remain intact in advanced capitalist societies. Birthed in the mid-'90s heyday of highly politicized net.art, their project shatters the myth that democratic freedoms are being facilitated or enhanced by modern network technologies. Userunfriendly is Hans Bernhard and Lizvlx's first major solo exhibition in the UK as UBERMORGEN. Ambitious and impeccably installed, the duo has assembled a collection of shocks and reveals: projects that expose the surreptitious methods of coercion, and the subtle mechanisms of control prevalent in institutions of authority, from hospitals to supermax prisons.

Patents Pending: Jeremy Bailey and The Future of Gestural Interfacing 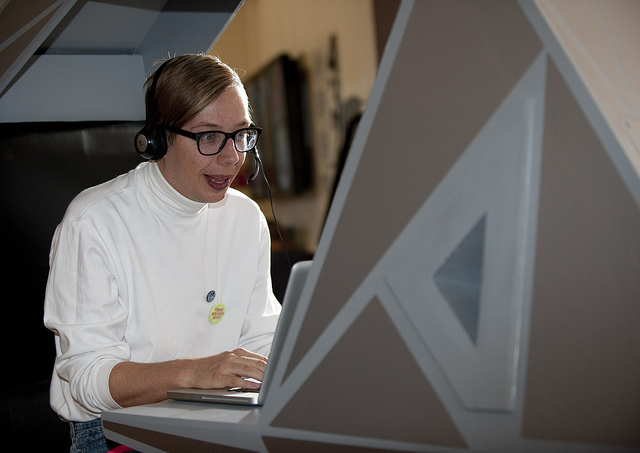 Bailey at the AND Festival in 2007. Photo by Paul Greenwood. Courtesy of Pari Nadimi Gallery.

Anyone with a passing interest in the current status of the Internet and World Wide Web will have noticed a curious thing: the tide of popular opinion is changing, and net-skepticism is on the rise. 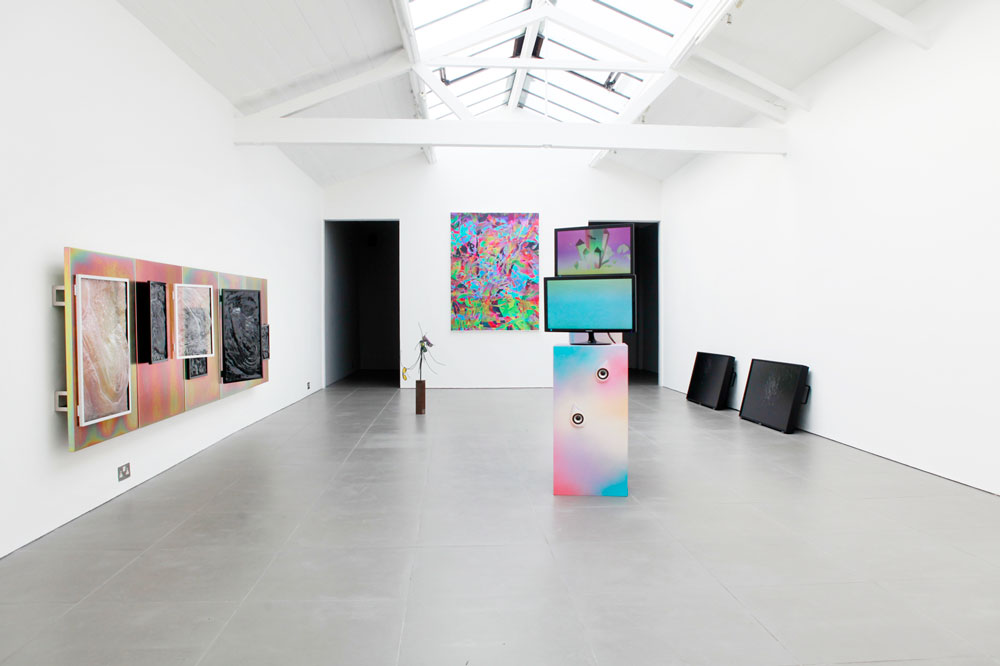 When visionary engineer J.C.R Licklider published Man-Computer Symbiosis in 1960 — a paper outlining how man’s intellectual productivity can, and should be significantly increased when partnered with a computer — the creative problems of contemporary artists were perhaps furthest from his mind. But during the 1960s, a digital fever struck the art world. Large numbers of enthused European and North American artists, curators, and theorists focussed their attention on the creative potential of computing. Software, systems, and concepts were tried and tested, and a decade’s worth of activity culminated in two landmark exhibitions: Jasia Reichardt’s Cybernetic Serendipity at London’s ICA and Jack Burnham's Software: Information Technology at New York’s Jewish Museum.

Originally a painter with Constructivist sympathies, Edmonds turned to computer-aided algorithmic painting in 1968. Light Logic, his career-long retrospective at Site Gallery Sheffield, UK, combined early ‘70s works and original punch cards with a new motion sensitive installation and later video pieces. Edmonds’ essential project is an investigation into the variant formal possibilities of a two-dimensional square. In each work the internal bounds of that shape are divided into sectors made visible by the distribution of colour, or the placement of a line. This is a process facilitated by programs designed to filter through combinatorial permutations, defined by Edmonds, until a suitable variation is found and then rendered by hand. A collection of numbered ink drawings from 1974 and 1975 capture the result of this procedure in the exhibition’s only monochrome (black and white) works. 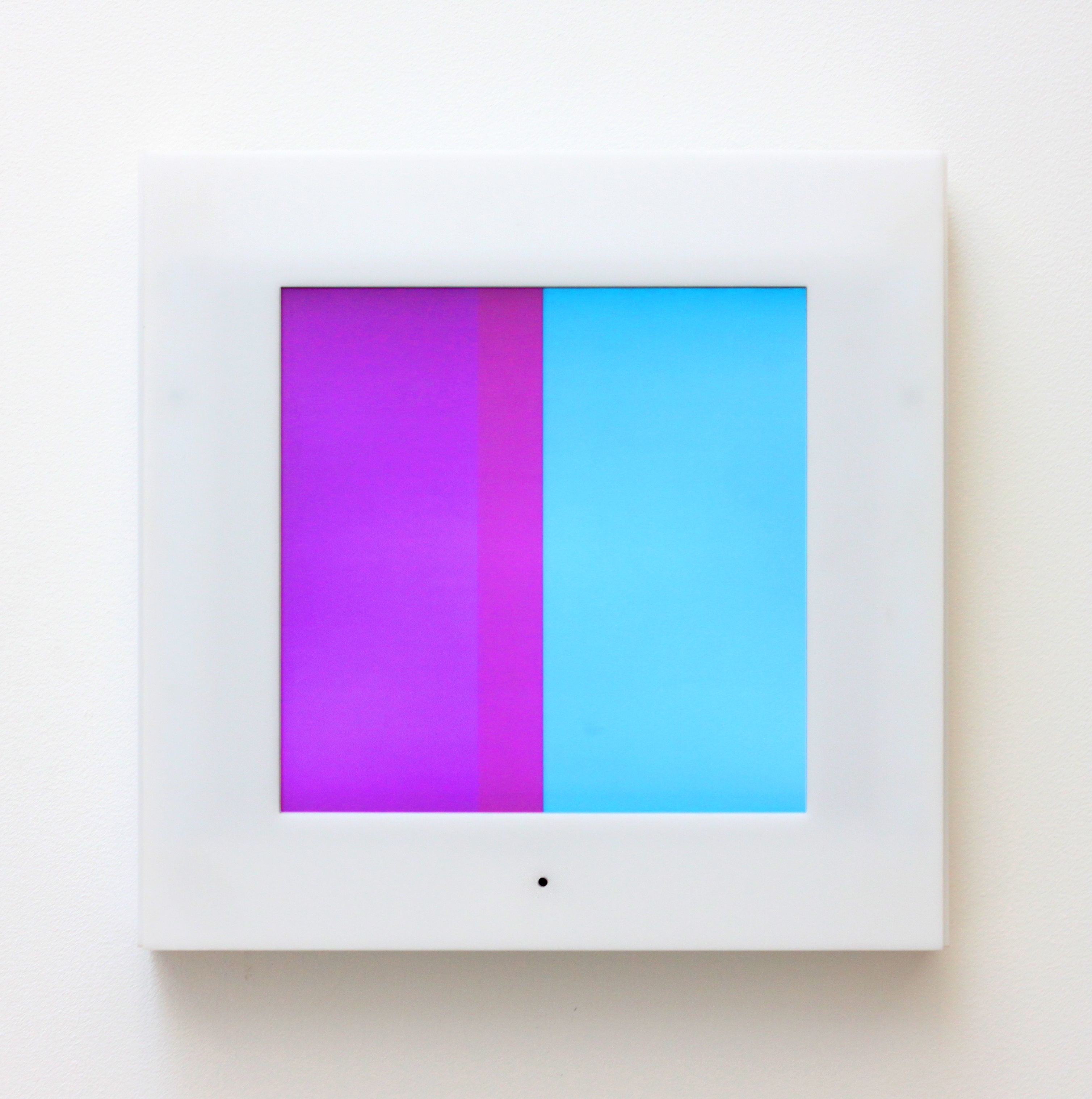 The late ‘80s saw Edmonds move from canvas and paper to video ... 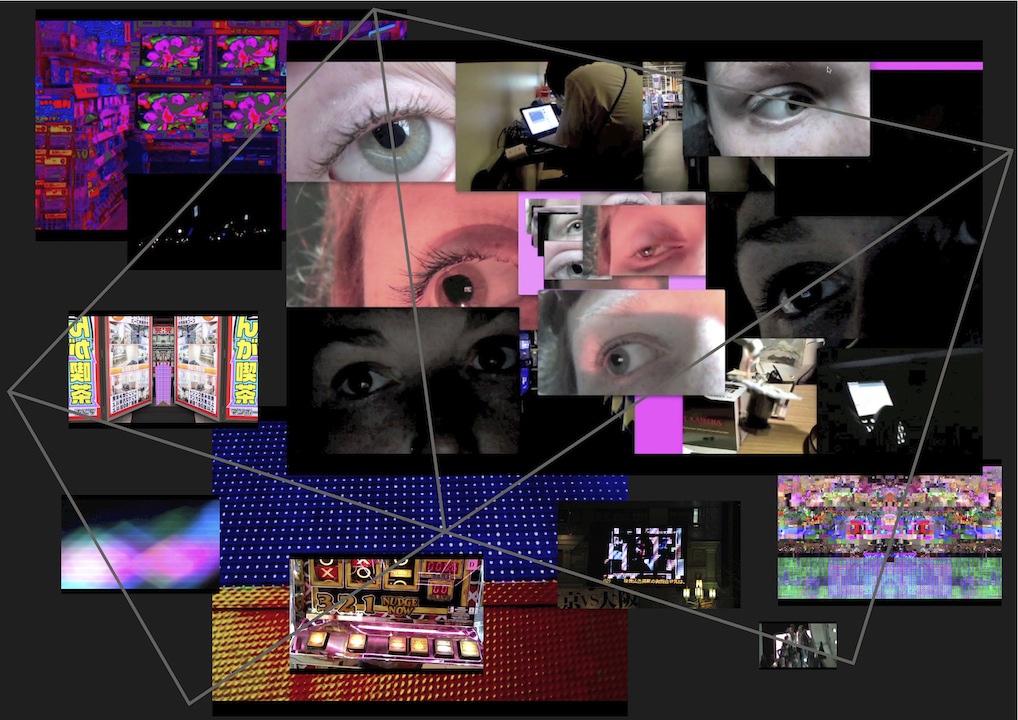 Much has been made of our networked present’s utopic possibilities, but it feels like a wave of anxiety and skepticism is emerging to counter the web optimism of individuals like Clay Shirkey. Is it right to read your work as an investigation into how usage of the Internet may not be altering how we think, feel, and interact for the better?

At the heart of my practice there is tension between fascination and wariness with new technologies, specifically the meshing of mobile telecommunications devices and the Internet. It is not an ambivalent position but it is conflicted. So yes - in part.

On the one hand I am intensely excited by the simultaneous nature of display, consumption and production that these interfaces encourage. I also understand the conditions of the digital (binary code that can be endlessly replicated) as fundamentally supporting information overload and excess, but see so many possibilities in embracing the torrent of information rather than attempting to oppose it.

At exactly the same time, I am wary and perhaps even frightened at moments. I can be a bit of a conspiracy theorist and as Internet space becomes ever-more commodified and our online lives are increasingly channeled through multi-national companies I do worry. I don’t, for example, like the feeling of being locatable through the GPS facility on my phone. I am a bit of a McLuhanite (I keep returning to, and re-turning ‘the Gutenberg Galaxy’) and when he states “any technology gradually creates a totally new human environment”, my response is to question what type of human environment is now being created and what type of human? Are these rapidly mutating environments ones that are conducive to human beings – or at least the human ...